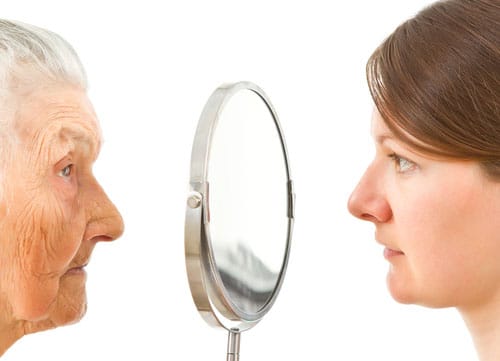 Who doesn’t want to slow down the aging process? Most people don’t look forward to their first gray hairs, facial wrinkles or their first heart attack. Most people exercise to improve their body composition or control their weight but doing regular workouts may actually slow down how fast you age – even at the cellular level.

The Anti-Aging Benefits of Exercise

Researchers at the Mayo Clinic recently looked at the effects exercise has on aging. They gave one group of mice the equivalent of a human fast food diet. Another group of mice ate a standard diet. Not surprisingly, the mice in the first group began to develop higher blood sugar levels, an increase in body weight and insulin resistance while the control group didn’t. When they gave the mice access to an exercise wheel, these changes began to reverse. The metabolic changes caused by the poor diet began to improve and their weight dropped. At least in mice, exercise seems to compensate for some of the effects of eating a poor diet.

Even more interesting was the fact that the cells in the exercising mice were more resistant to “senescence.” Senescence refers to the process by which cells become damaged and die off. Cell senescence is a good thing if a cell happens to be cancerous, but not if it’s a healthy cell. Aging is linked with senescence of normal cells. All aging begins at the level of the cell, and exercise seems to protect cells against age-related senescence and death. Just as importantly, exercise seems to protect against the damaging metabolic effects of an unhealthy diet. Research suggests that poor dietary habits are a contributor to cell senescence.

Lengthening Telomeres: Another Way Exercise May Slow Down Cellular Aging

Inside each cell in your body are chromosomes, the genetic material, or DNA, that carries the information that ultimately tells a cell what to do. At the end of these chromosomes are protective end caps called telomeres. Telomeres help stabilize chromosomes and protect them from fragmenting as they divide. As telomeres shorten with age, they can no longer serve this protective function. This eventually causes the cell to become damaged and non-functional. Shorter telomeres have been linked with some diseases of aging. Some experts also believe telomere length is a biomarker for aging.

Here’s the good news. In response to aerobic exercise, your muscles release a hormone called irisin. Irisin, released in response to muscle contractions during exercise, has been linked with longer telomeres, and longer telomeres prolong the life of cells. A recent study showed telomere length is correlated with blood levels of irisin in healthy adults. Irisin has other benefits as well. It turns on metabolically-inefficient brown fat that gives your metabolism a boost. The other way to turn on irisin is to expose yourself to cold temperatures.

Environmental and psychological stress are both linked with telomere shortening. What could be better for relieving stress than exercise?

Another Way Exercise May Protect Cells against Aging

One way cells become damaged is by exposure to free radicals. Free radicals form when cells are exposed to oxygen. Free radicals are actually unpaired electrons in search of other electrons. These rogue molecules, when they grab onto available electrons, set off a chain of events that damage a cell’s DNA and other parts of the cell including the cell membrane that protects it. This damage is linked with cellular aging. Regular exercise seems to program your body to better deal with free radicals and reduce their damaging effects on cells.

In fact, your muscles have their own antioxidant defense systems. This system is activated in response to exercise. When you exercise it increases the production of free radicals. In response to this, muscles adapt and become better at neutralizing them. That’s a good thing since free radical damage is one major theory as to why aging occurs. Excessive or prolonged exercise may overwhelm your body’s ability to neutralize free radicals – so moderation is best.

Exercise lowers the risk of a number of diseases linked with aging including type 2 diabetes, obesity, coronary artery disease, stroke and some types of cancer. Resistance training helps preserve lean body mass that we begin to lose after the age of 30. How much muscle mass is lost with age? By the time you reach the late stages of your life, you’ll have lost almost 50% of your muscle mass unless you resistance trained. You also lose bone density as you age. No wonder frailty is such a common problem in older people! Exercise won’t completely prevent these changes but it will limit them.

What about aerobic exercise? Aerobic training helps to prevent some of the metabolic changes that occur with age that put you at risk for heart disease and type 2 diabetes. Insulin sensitivity gradually declines with age. Each time you work out, it improves the way your cells and tissues respond to insulin. Aerobic exercise also raises HDL cholesterol, the form of cholesterol that offers protection against heart disease. In addition, it decreases blood vessel stiffness and lowers blood pressure.

Think about what exercise does for your brain – how it helps build new nerve cells and new nerve cell connections to keep your memory sharp. Imaging studies show visible changes in brain structure in response to exercise, especially a portion of the brain involved in memory called the hippocampus. Exercise also increases blood flow to the brain, sending more oxygen and nutrients to hungry brain cells. In addition, it increases the level of neurotransmitters like dopamine and serotonin that impact mood and memory. Some research shows regular physical activity lowers the risk for depression.

Many aspects of aging like loss of muscle mass are directly related to inactivity. Exercise may even slow down aging at the cellular level by its effects on telomeres. At the same time, it lowers your risk for a number of age-related diseases. The take-home message? Make sure you’re doing a combination of aerobic and resistance training. Each has its own unique anti-aging benefits.

Science Daily. “Road to Fountain of Youth Paved with Fast Food and Sneakers?”

Harvard Health. “Exercise and aging: Can you walk away from Father Time?”

How Exercise Keeps Your Chromosomes Healthy