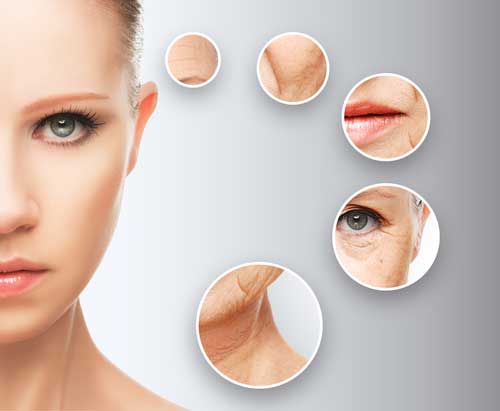 If there’s one thing we don’t have complete control over, it’s the passage of time – and aging. The question is why do we age in the first place, and, more importantly, is there a way to slow down the process? So far, science doesn’t have a definitive answer as to why aging happens, but a number of theories have been proposed to explain why aging takes place.

Theories as to why we age fall into two main categories: “programmed” theories of aging and “error” or “damage” aging theories. Let’s look at each one and see if we can get more insight as to how and why we age.

As the name implies, programmed theories of aging are based on the premise that aging is programmed or built into our bodies. These theories fall into three categories: immunological aging, endocrine aging, and programmed aging.

Immunological aging suggests that immune function declines with age and as immune function is lost, we’re less able to defend against infectious diseases and cancer. Since the immune system plays a role in a variety of diseases of chronic aging like heart disease, Alzheimer’s disease, and type 2 diabetes, there is evidence that imbalances in immune function fuel the process of aging.

Endocrine theories of aging center around the idea that hormonal changes, programmed into our genes, strongly contribute to aging. For example, growth hormone and sex hormone production decrease with age and insulin levels climb. Ultimately, these changes lead to a greater risk for age-related health problems like type 2 diabetes and heart disease as well as loss of muscle and bone mass that contributes to frailty.

There’s also the gene theory of aging. It basically says aging happens when sequences of genes programmed into our DNA are turned on or off. It’s true that aging is defined somewhat by genes, but genetics isn’t the full story. Experts now believe that only 35% of longevity is attributable to genes. That means 65% is environment and lifestyle. Yay! At least we have some control over those factors.

One popular “error” theory of aging is based on the idea that environmental factors damage cells and tissue through a gradual process of “wear and tear.” Just as a new car becomes rusty and scratched over time and doesn’t drive as smoothly, if you don’t take care for it, your body accumulates environmental insults that lead to loss of function and, eventually death. This is sometimes referred to as the “wear and tear” theory of aging.

According to the wear and tear theory, we can slow down aging by reducing exposure to toxins like cigarette smoke, environmental pollution, ultraviolet light, and dietary components and by eating a clean diet.

Who hasn’t heard the talk about free radicals and the damage they do?  Cells are constantly producing free radicals as they go about their metabolic processes. These highly reactive molecules damage cellular components, including cell membranes and DNA. The theory: over time, the damage accumulates to the point that cells and tissues no longer function properly or cells undergo malignant change due to ongoing exposure to free radicals.

The premise behind eating a diet rich in antioxidants is to help cells offset the harmful effects of free radicals. Also, your body has internal “repair” mechanisms that stabilize free radicals to keep them from damaging cellular structures. Regular exercise helps these internal repair systems function better.

According to this theory of aging, over time, DNA damage, in the form of mutations, builds up faster than cells can repair it. Lately, the focus has been on damage to mitochondrial DNA as mitochondria produce the energy that powers cellular function. Cells have mechanisms to repair DNA mutations, but with aging, mutations can outpace a cell’s ability to repair the injuries.

Another theory by which cells age is through the accumulation of cross-linked proteins. Cross-linking occurs when sugars bind to proteins through a process called glycosylation. Once this binding takes place, proteins no longer function the same way. Over time, cross-linking damages more and more tissues, leading to signs of aging.  Is there evidence to support this theory? Diabetics have a higher proportion of cross-linked proteins due to higher blood glucose levels and also suffer from more age-related diseases. Cross-linking is believed to play a role in the formation of cataracts and diabetic complications like kidney disease.

Each of these theories has some evidence to support it, but none can COMPLETELY explain why we age. It may be a combination of these factors that cause our bodies to age. The bigger question is what can we do to slow down aging? Scientists have proposed a number of possible solutions: eating antioxidant-rich foods to reduce free radical damage, calorie restriction to slow down metabolic processes that create damage, and supplementing with hormones like estrogen, testosterone and growth hormone.

Unfortunately, none of these anti-aging remedies are proven to slow down aging, but there are some things you can do to decelerate the aging process:

.   Do a combination of aerobic exercise and resistance training regularly. Exercise has been shown to extend lifespan by as much as 4.5 years.

.   Wear sunscreen to block ultraviolet rays that age your skin.

.   Eat a diet abundant in antioxidant-rich fruits and vegetables.

.   Don’t smoke and use alcohol only limited amounts.

.   Wear sunglasses with UV protection. It’ll keep you from squinting and getting under-eye wrinkles and may lower your risk for cataracts.

.   Get your vitamin D level checked and make sure it stays within normal range.

.   Limit the amount of sugar in your diet. Remember, glycosylation is a contributor to aging.

.   Eat a handful of mixed nuts every day.

You have some control over how fast you age through the lifestyle choices you make. Be sure they’re the right ones!

Can Diet & Nutrition Prevent or Slow the Development of Osteoarthritis?

One thought on “Aging Theories: What Causes Us to Age?”