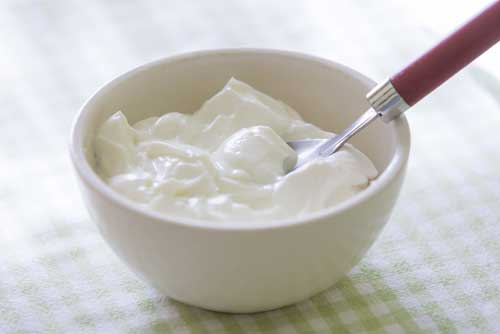 Yogurt has grown in popularity recently, as evidenced by the amount of space devoted to it at the supermarket. No wonder! Yogurt tastes rich and creamy, making it a satisfying alternative to dessert while offering more health benefits than ice cream and puddings. But how much do you really know about this popular food? Here are 7 things you might not know about store-bought yogurt.

Store-Bought Yogurt May Not Have Its Original “Good” Bacteria

One reason people are eating more yogurt is to treat their intestines to gut-friendly probiotic bacteria. Gut-friendly bacteria help maintain intestinal health by crowding out “bad guy” bacteria that could cause intestinal issues. More than 70% of your immunity is in your gut, and probiotic bacteria help to “prime” this portion of your immune system. Research into the health benefits of probiotic bacteria is still in its infancy, but preliminary research suggests gut bacteria may play a role in regulating body weight. People who are obese have a population of gut bacteria that differs from those who are lean.

It’s true that yogurt in its unaltered state is rich in probiotic bacteria, but most yogurt you buy at the supermarket has been pasteurized, a process that kills most of the “friendly” bacteria. To make up for the shortfall, some yogurt makers add active bacterial cultures back into the final product. If you’re eating yogurt to get your daily dose of probiotics, look for the National Yogurt Association’s Live and Active Cultures seal on yogurt containers to ensure you’re getting enough gut-friendly bacteria to have an impact.

Some Yogurt Contains a “Questionable” Ingredient

Some store-bought yogurt is made with a thickener called carrageenan. Although carrageenan is a natural ingredient derived from red seaweed, there’s growing evidence that it may be harmful. In animal studies, some forms of carrageenan are linked with intestinal inflammation and intestinal cancer. In response, some manufacturers are removing carrageenan from their products, but a number still use carrageenan as an ingredient.

The verdict is still out as to whether carrageenan is a problem for humans – but why take a chance? Choose a brand of yogurt without carrageenan, especially if you have inflammatory bowel disease. Watch out – carrageenan is also in some brands of ice cream and non-dairy milk where it’s used as a thickener. Read the ingredients to see if carrageenan is listed.

Not All Yogurt is Super High in Calcium

Still, Greek yogurt has other benefits that make it a nutritional superstar. Plain Greek yogurt contains less sodium, 40% more protein and half the carbs of unflavored regular yogurt. It also has a thick, creamy texture that is arguably more satisfying than regular yogurt.

You’re probably eating yogurt for the health benefits but read the label carefully. Some brands of yogurt contain as much as 30 grams of sugar! Avoid versions with fruit on the bottom and ones with decadent sounding names like dulce de leche or tiramisu. They usually have lots of added sugar. Be particularly wary of yogurt labeled as low fat due to the higher sugar content. Companies are replacing the fat with something, and that something is carbs!

Is there a healthier option? Fill your fridge with unflavored yogurt instead and zest it up with unsweetened pureed berries that you whip up in your blender. For “dessert” yogurt, stir in raw, organic cocoa powder and a touch of Stevia for a healthy rendition of chocolate yogurt. You can also use natural flavor extracts and unsweetened fruit jam or preserves to add flavor and a hint of sweetness to yogurt. Sprinkle a touch of cinnamon into yogurt for flavor and to help lower the blood sugar response.

Tired of the Sugar in Store-Bought Yogurt? Make Your Own

Store-bought yogurt can’t compete with the flavor of yogurt you make at home, and it’s not difficult to do. All you need is a starter culture, available at most natural food markets, and a source of heat. It’s simplest to use a yogurt maker, available online, but it’s also possible to use an oven, slow cooker or even a heating pad to keep the yogurt at the proper temperature for fermentation. You’ll also need a candy thermometer to monitor the temperature if you’re not using a yogurt maker.

Instructions are readily available online for whipping up your first batch homemade yogurt. You can use dairy milk or milk alternatives, including almond or soy milk, but the final product will be thicker and creamier with whole milk. The advantage of making your own yogurt is you can avoid the added sugar and thickeners in most commercial yogurts and choose the type of milk that best meets your needs. Experiment with adding your own flavorings.

Non-Dairy Yogurts Can Be a Source of Probiotics Too

If you eat a dairy-free diet, non-dairy yogurts are widely available these days, including yogurt made from coconut, almond or soy milk. Contrary to popular belief, non-dairy yogurts contain probiotics too, assuming the bacteria haven’t been killed by the pasteurization process. Look at the list of ingredients. You should see live active cultures mentioned as well as a list of the probiotic bacteria in the product. Most manufacturers add probiotic bacteria back into yogurt after pasteurization.

Lactose intolerance, the inability to break down lactose, becomes more common with age. This malady makes it difficult to enjoy dairy foods. If you have problems drinking milk due to lactose intolerance, you may still be able to enjoy modest amounts of yogurt. The starter bacterial culture used to make yogurt produces lactase, the enzyme that breaks down lactose, thereby reducing the amount of lactose in the final product. The bacteria are essentially breaking down some of the lactose for you. Greek yogurt usually contains less lactose than regular yogurt since more lactose is removed when the yogurt is processed. The best approach is to try a small amount of yogurt and see how well you tolerate it. Remember, a non-dairy yogurt is an option if dairy yogurt causes intestinal issues.

Yogurt is high in protein, and regular yogurt is a very good source of calcium. Read store-bought yogurt labels carefully or experiment and make your own.

Shape. “Ask the Diet Doctor: Is Carrageenan Okay to Eat?”