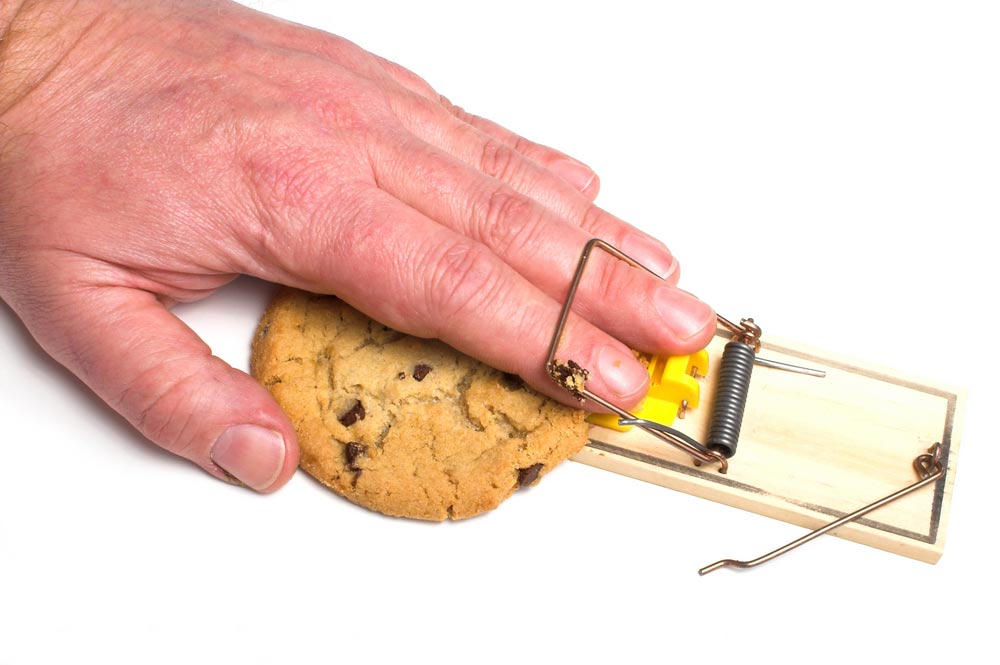 Dieting is so 1990’s. In the last few decades, dieting has fallen out of favor – and for good reason. Restricting eating is rarely sustainable and, at best, it’s a temporary fix to a bigger problem. At worst, restrictive dieting can lead to an eating disorder or propel the dieter into a cycle of binging and then compensating by being, even more, calorie restrictive. It’s a futile cycle and one that too many people still fall into. It’s time to eliminate the concept of restrictive dieting from your brain. Here are five reasons diets don’t work and what you can do instead to improve your body composition.

Dieting Doesn’t Teach You How to Eat Healthy

Dieting is all about calorie restriction, taking in fewer calories than your body needs to maintain your weight. It sounds easy enough in theory but it’s difficult to sustain. Most diets focus on eating less rather than focusing on the quality of what a person eats. As long as there’s a calorie shortfall, it counts. How sustainable is that?

When you sign on to the calorie restriction model, you might temporarily lose a few pounds, but you’re still stuck with the same bad eating habits that caused you to gain weight in the first place. When you regain the weight, as you likely will, your only option is to restrict calories again and hope it works a second time. Restrictive dieting also means counting every calorie that goes into your mouth. It’s easy to see how the obsessive focus on reducing calories can lead to an eating disorder or a pattern of chronically “being on a diet.” Even Weight Watchers is changing their model to encourage customers to focus more on making healthy selections rather than on counting “points.”

Studies show that between 80 and 90% of people who lose 10% or more of their body weight gain back every pound – and sometimes more. Yes, dieting can put you in a worse position than when you started. That’s not surprising as restricting calories doesn’t teach you how to make smarter food choices. Plus, restricting calories and removing certain foods from your diet can lead to nutritional deficiencies. That’s important since research links micronutrient deficiencies (deficiency of vitamins and minerals) with a higher risk of obesity. In fact, one study found an 81% higher risk of being overweight or obese in people who were deficient in micronutrients. A balanced, nutrient-rich diet is essential for health and for weight control.

Dieting Places You at Greater Risk of an Eating Disorder

Eating disorders are on the rise in all age groups and dieting can be a precursor to eating disorders. According to the National Eating Disorders Association, 35% of people who diet develop unhealthy eating habits and up to one in four progress to a full-blown eating disorder. Those are some pretty substantial numbers! Again, dieting shifts the focus toward deprivation rather than health.

It Doesn’t Address the Problem of WHY You Overeat

Overeating is often stress driven. Cutting calories and restricting food creates even MORE stress and further compounds the overeating problems. Many counselors believe that a person can’t maintain a healthy weight unless they address the issues that cause them to overeat in the first place. Dieting doesn’t help with this issue.

Resting metabolic rate is the rate at which your body burns calories when you aren’t actively exercising. It accounts for around 60% of the calories you burn on a daily basis. Restricting calories can slow resting metabolic rate by as much as 20%. That means you burn 20% fewer calories at rest. You can imagine how that makes it harder to maintain any weight that you lose. It’s self-defeating!

It Can Lead to an Unhealthy Body Composition

When you lose weight through dieting, you lose body fat, but you also lose muscle. That muscle loss works against you as muscle is more metabolically active than fat tissue. When you have more muscle, you burn slightly more calories throughout the day than someone who has less muscle on their body. That’s why strength training is so important. Don’t forget you naturally lose muscle tissue as you age. Dieting is even more harmful as you grow older.

What Does Work for Losing Weight and Weight Control?

Restrictive dieting is a failed concept and never will be the answer to sustainable weight loss, much less the obesity epidemic. What does work? People who are the most successful at losing weight and keeping it off are those that adopt healthy eating habits and a healthier lifestyle. They don’t focus on short-term weight loss but the bigger goal of getting healthier long term. Plus, folks who successfully lose weight learn to listen to internal cues that tell them they’re hungry and distinguish them from eating out of boredom or to relieve stress. They also learn to eat mindfully and to stay in the moment when eating, always aware of what their body is telling them about satiety.

Most importantly they learn to make smarter food choices. Food quality matters. 200 calories of a doughnut have a very different hormonal impact on your body than 200 calories of broccoli. One causes a rapid rise in blood glucose and a spike in insulin. The other leads to a slow, sustained rise in blood sugar and insulin. Guess which is healthier and most conducive to fat loss? The latter, of course, and you get that when you eat broccoli as opposed to a doughnut.

Of course, exercise is part of the equation. You need resistance training to minimize the loss of metabolically active muscle tissue and avoid unhealthy changes to your body composition. Yet, even exercise shouldn’t be obsessive. The mentality of having to restrict calories and burn more calories is harmful mentally AND physically. It’s important that you have a healthy relationship with food and exercise. Remember, you’re in this for the long haul. Everything you do must be sustainable.

Now, you have a better idea of why dieting is so unhealthy and why it’s counterproductive. It actually works against your goal of controlling your weight in a healthy manner.

Yo-Yo Dieting May Be Toxic to Your Health