5 Plant-Based Foods That Are Surprisingly High in Iron

5 Plant-Based Foods That Are Surprisingly High in Iron 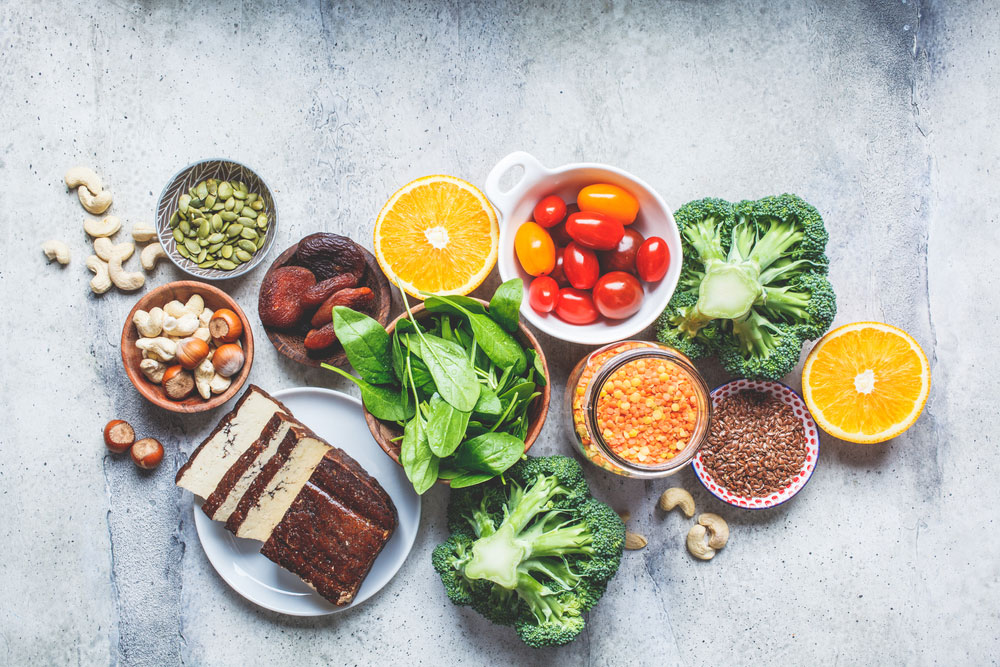 Iron is an essential mineral your body needs in trace amounts, but that doesn’t make it unimportant. Iron performs a critical function in the human body. One of its jobs is to transport oxygen in the blood from your lungs to the cells and tissues in your body. If you’re deficient in iron, your cells get less oxygen. Therefore, you feel tired and, with more severe iron deficiency, short-of-breath or lightheaded.

Microscopic bleeding can also lead to a low iron level. That’s why doctors often recommend a colonoscopy for older men and women who are iron deficient. They want to rule out microscopic loss of blood from the colon.

Why Too Much Iron is Harmful

As important as iron is for health, there’s a sweet spot. Too much iron can be almost as harmful as too little. Your liver stores iron and your body can’t eliminate excess iron unless you bleed or donate blood. That’s why it’s important not to take an iron supplement unless you’re deficient in iron. When iron builds up, it has a prooxidant effect on the body, meaning it causes oxidative damage. So, you need enough iron but not too much.

If you’re a young female, especially if you’re a vegan or vegetarian, it’s important to consume enough iron-rich food. Since you’re not eating animal-based foods, you may have a harder time getting enough dietary iron. But it’s possible to get sufficient iron from a plant-based diet. Here are some plant-based foods that are surprisingly high in iron.

Seeds are rich in minerals and sesame seeds are no exception. With 23% of the recommended daily intake in a single serving, sesame seeds are an excellent way to add more iron to your diet if you’re vegan or vegetarian. You can sprinkle sesame seeds on vegetables or add them to salads, stir-fries, soups, or smoothies. Bonus: Sesame seeds are also rich in calcium and magnesium, two minerals you need for healthy bones. Sesame seeds are traditionally roasted before being ground into a fine powder or paste. This gives them a rich, nutty flavor and aroma. However, you can also munch on raw sesame seeds, which have a milder flavor and texture.

Lentils are another powerhouse food, thanks to their high nutrient density. This versatile legume is rich in plant-based protein, complex carbohydrates, and fiber, yet they’re easy on your blood sugar level. They’re also an excellent source of the B-vitamin folate. You also get a significant quantity of iron when you eat a bowl of lentils.

A full cup of lentils supplies 30% of the recommended daily intake of iron. Plus, lentils are versatile. If you’re looking for an iron-rich plant-based food, lentils are a great choice. You can eat them as a side dish, mix them into a salad, or make lentil soup.

Amaranth is a pseudo-cereal that’s often called an ancient grain. Not only does amaranth contain a wealth of nutrients, including magnesium, phosphorus, and B-vitamins, it’s an exceptional source of iron. A single bowl of cooked amaranth contains almost 30% of the recommended daily intake. Amaranth is also rich in plant-based protein, which is crucial if you’re looking to build lean muscle mass as well as avoid hunger pangs. Its nutty flavor is a natural for adding to soups and salads and for making hot cereal.

These are some surprisingly good sources of iron that you might not have considered. You can get iron without consuming animal-based foods, but you have to plan a little smarter. Adding these five foods to your diet will help you deliciously get your daily iron quote. Another tip: You can boost your iron intake by preparing foods in an iron pot. If you think you’re low in iron, ask your doctor to check an iron panel. They can do this with a simple blood test.

Iron Absorption: How Much Iron Are You Absorbing From Your Diet?