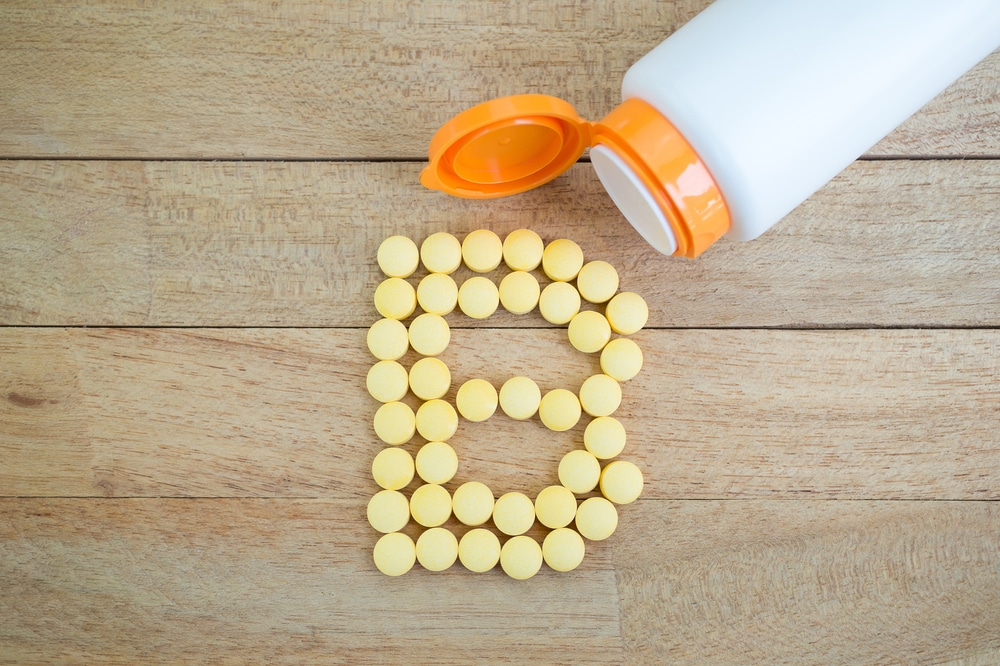 You wake up in the morning ready to go but by early afternoon, you’re dragging and ready for a nap. You’re not alone. Fatigue is one of the most common complaints health care practitioners hear from patients. In fact, one out of five people in the United States alone reports experiencing, at some point, fatigue severe enough to interfere with their daily lives.

It’s not surprising that fatigue is such a common problem. Most of us lead busy lives and often don’t make enough time for rest and relaxation. In response to the all too common problem of feeling tired, supplement makers have designed supplements that supposedly help you recoup your mojo and feel more energetic. Are there really dietary supplements that can give you more energy? Here are some of the supplements and dietary components that manufacturers add to energy supplements. Do any of them have benefits?

Because B-vitamins are involved in cellular energy production, supplement makers often push B-vitamin supplements as a way to boost energy. Energy drinks, along with the mega-doses of caffeine they contain, also are enriched with B-vitamins. It’s true that you need B-vitamins to produce energy but taking a B-vitamin supplement won’t give you EXTRA energy unless you’re deficient in one of these vitamins. In other words, unless you’re deficient, you’re unlikely to get benefits.

However, fatigue is a common symptom of B-vitamin deficiency. Plus, deficiencies of folate and vitamin B12, two types of B vitamins, are linked with anemia. If you are feeling chronically tired, it’s worth checking a vitamin B12 and folate level. Vitamin B12 deficiency is more common in people who eat a vegan diet. It also becomes more common in the second half of life as the ability to absorb it from food goes down. In addition, use of certain medications, including metformin (for diabetes) and acid blockers used to treat acid reflux can trigger vitamin B12 deficiency.

As with B-vitamins, if you’re iron deficient, you’ll likely feel tired and have reduced exercise tolerance. However, taking iron supplements when you’re iron stores are normal and not deficient won’t give you more energy and could be harmful. Your body can’t eliminate excess iron and iron overload can damage tissues. Iron deficiency is more common in women before menopause. In fact, one of four young women has some degree of iron deficiency due to blood loss during menstruation. However, iron deficiency is uncommon in men and women who have undergone menopause.

What if you are iron deficient? If you’re a man or a woman over age 50 with iron deficiency, your doctor will want to find out why. Sometimes, it’s due to microscopic bleeding from a site like the colon. If you’re feeling fatigued, ask your doctor to check an iron panel (blood test) to make sure you don’t have iron deficiency anemia and that you have adequate iron stores. Don’t take an iron supplement without knowing your iron status.

Some supplement makers promote coenzyme Q10 as a way to boost energy and help with fatigue. Coenzyme Q10 is an antioxidant used in energy production inside the mitochondria of cells. Although taking coenzyme Q10 theoretically COULD boost mitochondrial energy production, it’s not supported by research at this point. One situation where doctors DO recommend coenzyme Q10 as a supplement is for patients taking statin medications for high cholesterol. Statins deplete coenzyme Q10. Interestingly, statins sometimes cause muscle fatigue and aches and the thought is that giving coenzyme Q10 may prevent depletion and reduce the fatigue and muscle symptoms. So, coenzyme Q10 holds promise, at least for people on statins, although there’s not enough evidence to support its use for generalized fatigue at this point.

Some so-called energy supplements and fatigue fighters contain caffeine. No doubt, caffeine will give you a temporary energy boost but it’s not a permanent fix for fatigue. In fact, you become tolerant to the energizing effects of caffeine over time and have to consume more to get the same boost in energy. So, taking a caffeine supplement or guzzling coffee is not a good long-term solution for feeling tired.

What CAN You Do about Chronic Fatigue?

It’s always a good idea to get a full physical exam and blood work if you’re persistently tired. Anemia, an under-active thyroid, adrenal gland dysfunction, low-grade infection, or a host of other medical problems can cause chronic fatigue. Sometimes fatigue is caused by mental issues, including depression. However, it can also be caused by lifestyle. Get back to basics and ask yourself:

·       Are you chronically dieting to lose weight or skipping meals?

·       Are you consuming sugary foods that raise and drop your blood sugar quickly, triggering fatigue?

If you answered yes to one or more of these questions, it’s not surprising that you feel tired. Studies suggest that disruptions in your internal biological clock, located in the suprachiasmatic nucleus, or SCN, in the brain can cause fatigue. Your clock can become disrupted if you go to bed late or expose your eyes to light at night or don’t get enough light exposure during the day.

To reset your biological clock in a way that helps you fight fatigue, hit the sack as soon after dark as possible, before 11:00 P.M. at the latest and 10:00 P.M. is better. Make sure you’re sleeping in a pitch-black room. In the morning, open the shades and expose your eyes to light as early as possible. Early in the day, expose your eyes to light as much as you can.

Also, make sure you’re doing the basics – eating a healthy, whole food diet without added sugar or processed carbs. Get protein at every meal. Make sure you’re exercising at least 30 minutes a day. Exercise, too, helps reset your internal, biological clock.

Supplements, in general, won’t help with fatigue unless you have a deficiency. If you are experiencing persistent fatigue, get a medical evaluation. If all looks normal, make sure you’re leading a lifestyle that’s conducive to feeling energetic – moderate exercise, adequate sleep, stress management, a balanced diet with sufficient calories, and enough light exposure during the day.

6 Habits that Drain Your Energy & Make You Feel Tired & Unproductive

Afternoon Fatigue: 6 Ways Your Diet Could Be Making You Tired