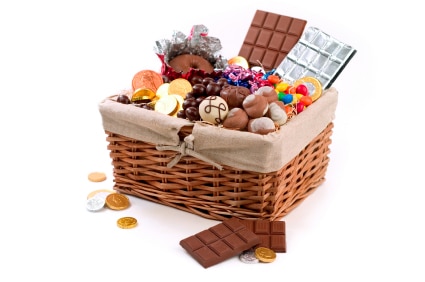 You eat food to get full and satisfy your nutritional requirements. But eating certain foods and drinking some beverages can actually boost your appetite and increase food cravings. These are foods you’ll definitely want to avoid if you’re trying to keep your weight under control. Here are four types of foods that increase hunger and cravings.

Saturated fats are bad for your heart, but they also could make it harder to control your appetite. According to research published in the Journal of Clinical Investigation, some fatty acids found in foods found in saturated fat, especially palmitic acid, turn on a gene called PKCB. When this gene is activated it makes your body less responsive to leptin and insulin. Leptin is a hormone that sends the signal to your brain to stop eating. Turning off leptin isn’t a good thing if you’re trying to suppress your appetite and the amount of food you eat.

But all fats aren’t bad. When the same researchers tested oleic acid, a fatty acid found in olive oil, it didn’t turn on the PKCB gene or increase appetite. This suggests that the fatty acids found in meat, butter, and cheese may not suppress appetite as well as those in healthier forms of fat like olive oil.

Coffee seems to suppress appetite while you’re drinking it, but it may increase hunger later on by stimulating the release of cortisol. Cortisol is a hormone that boosts cravings for sweets and other high-carb foods. The caffeine in coffee also lowers blood sugar levels in some people, which increase cravings for sugary foods. Drinking caffeinated beverages like coffee may boost fat-burning, but it also stimulates hunger by its effect on cortisol. It also increases belly fat. If you’re craving carbs, cut back on your caffeine.

Sugary treats and carbs that are rapidly absorbed such as potatoes and foods made with white flour increase hunger by causing rapid spikes and drops in blood sugar and insulin levels. Blood sugar levels usually drop quickly after a meal of rapidly absorbed carbs. This leads to hunger and cravings for more carbs. Instead of eating a pastry or a bag of chips when hunger strikes, eat a protein-rich snack combined with a fiber-rich carb. It’ll help control your appetite better.

Using artificial sweeteners is supposed to help you lose weight, but some studies show that non-calorie sweeteners actually increase hunger and cravings for sugar. How can that be? Researchers believe when you eat something sweet, your body anticipates the calories. When the calories don’t follow, it boosts hunger to help get the additional energy. You may be saving calories using artificial sweeteners but compensating for it by eating more. Reduce the number of sweet tasting foods you eat instead of trying to trick your body. Once you eliminate sweets for a few weeks, you won’t crave them anymore.

Ward off hunger by adding more fiber-rich carbs and lean protein to your diet. They help to suppress appetite the best. Steer clear of too many caffeinated beverages, artificial sweeteners, saturated fat, and rapidly-absorbed carbs if you want to reduce your appetite and prevent weight gain.