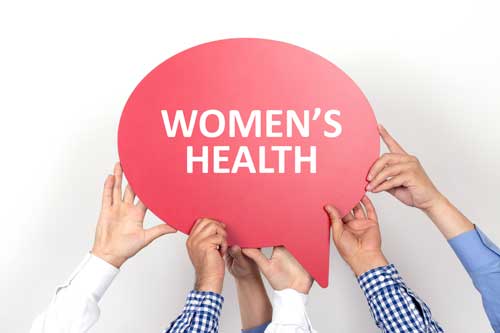 The number of women who work out regularly drops precipitously after menopause. Unfortunately, that’s the time women need exercise the most. During and after menopause is when muscle and bone loss accelerates. It’s also when you start to notice an expanding waistline as you store more fat around the middle. Those skinny pants that once fit so nicely are no longer easy to button. What’s happening and why?

Your Body Composition Changes after Menopause

Menopause brings changes in fat distribution. Thanks to hormonal fluctuations, you tend to store fat around your tummy and waistline rather than the hips and thighs. During this time, you become more susceptible to metabolic problems as your insulin sensitivity decreases. The age-related decline in insulin sensitivity is one of the reasons women gain weight after menopause. In fact, it’s not uncommon for a female to gain 15 or 20 pounds after menopause.

Menopause-related reduction in insulin sensitivity, along with weight gain, is also why your risk for type 2 diabetes and heart disease goes up. The best way to prevent these problems is through good nutrition and exercise. Unfortunately, too few women are willing to work up a sweat during the menopausal years. You might think hot flashes and other menopausal symptoms are the reason some women stop working out but that’s not the full story.

Do Hormonal Changes Reduce the Desire to Exercise?

According to new research, the reason fewer women exercise after menopause may have less to do with menopausal symptoms, like hot flashes, as it does with the hormonal changes. As you know, after menopause, your ovaries stop producing estrogen and progesterone. That’s partially why you experience symptoms like hot flashes and your risk for some health problems goes up.  Plus, as a new study shows, these changes may also make it harder to get the motivation up to exercise.

Researchers at the University of Missouri and Columbia found that rats that had their ovaries removed were less inclined to exercise. These “post-menopausal” rats also showed less activity in a portion of the brain called the “pleasure center,” a part of the brain that produces dopamine. You release dopamine when you do something pleasurable or engage in an activity that makes you feel rewarded. When you get that dopamine surge in the context of exercise, you feel rewarded for having worked out and are more likely to want to do it again in the future.

What the researchers believe, based on this study is that hormonal changes brought on by menopause trigger brain changes that reign in the desire to exercise. It seems that women who are postmenopausal don’t feel the same sense of reward for being physically active and are less inclined to be so. Researchers are hoping to find a way to re-activate the brain’s reward center in hopes of getting more women up and off the couch. No wonder! Exercise is the best medicine for many of the ills that befall you after menopause.

Exercise even helps manage the symptoms of menopause. Whether or not it reduces hot flashes is still controversial but there’s little doubt that it helps with the mood changes. It’s not uncommon for women in the throes of menopause to feel depressed, irritable, or anxious. Numerous studies show exercise changes brain chemistry in a way that makes you feel calmer and more optimistic. In fact, one study showed women who lead a sedentary lifestyle were 28% more likely to have severe menopause symptoms.

Many women discover that falling asleep and staying asleep becomes more challenging around the time of menopause. Exercise causes changes in brain chemicals, like dopamine and serotonin, that help you get more quality sleep. As you know, lack of sleep is strongly linked with health problems, including obesity, heart disease, type 2 diabetes, and is correlated with a higher risk of mortality independent of other factors.

The good news? It’s never too late to enjoy the benefits of exercise. In fact, a study carried out at the University of Massachusetts at Amherst showed that exercise has a greater impact on a post-menopausal woman’s body composition than younger women. This study showed post-menopausal women experienced improvements in body composition, including a decrease in waist circumference, even with light physical activity, such as walking. Imagine what you can accomplish if you work out at a more vigorous intensity. Plus, you simply can’t deny the impact exercise has on the risk of developing chronic health problems, like type 2 diabetes and hypertension.

A Well-Rounded Fitness Program is Best

Of the women who do exercise after menopause, many turn to walking as their chief mode of exercise. There’s nothing wrong with that, but adding a two days a week of more vigorous exercise, like high-intensity interval training, offers benefits you won’t get from taking a walk. Intense exercise, based on research, may be more effective than moderate-intensity exercise for lowering the risk of heart disease.

Yet, aerobic exercise is only part of the equation. You need high-intensity resistance training to reign in the loss of muscle and bone mass that happens as you age. The two types of exercise that promote bone health are high-intensity resistance training (at least 80% of one-rep max) and high-impact exercise where both feet leave the ground. Don’t forget, you lose fast-twitch muscle fibers (the type optimized for strength and power) more than slow-twitch fibers as you age. That’s why strength and power training are so important.

Finally, do some form of training that offers a balance challenge. Yoga, weight training on an unstable surface, and doing exercises like squats on one leg are all effective ways to improve your balance. When you’re standing at the kitchen sink, practice standing on one leg. Then try it with your eyes closed!

Menopause isn’t the time to slow down or take it easy. If you don’t feel as motivated to exercise as you once did, tackle your workout in the morning before you have time to think about it. What’s interesting is exercise itself may increase the motivation to exercise by boosting the amount of dopamine in your brain. Once you release dopamine and other brain chemicals, including endorphins, that make you feel good, you get that sense of reward that makes you want to keep doing it. The most important thing you can do during and after menopause is to keep moving!

Science Daily. “Brain changes after menopause may lead to lack of physical activity”