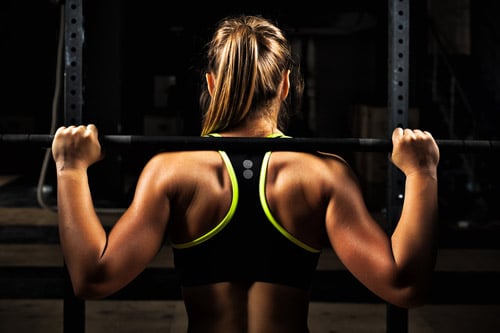 How strong are you really? You probably have a preconceived idea of how much weight you can lift on a day when you’re motivated and feel your best. Of course, there are days when you’re weaker than you’d like to be, maybe because you haven’t hydrated enough or you failed to eat a pre-workout snack. It could also be that you didn’t sleep enough the night before. However, even on your strongest workout day, you’re likely underestimating what you’re capable of under the right circumstances.

How do you measure strength? At some point, you may have measured your one-rep max, the amount of weight you can lift only one time with decent form. Yet, it’s only a percentage of what you’re capable of lifting. You may have heard of people who display disproportionate amounts of strength when confronted with an emergency situation. For example, a petite woman who pulls the backend of a car off a child. That kind of strength, which we think of as superhuman, can’t be measured with a one-rep max test. This type of superhuman strength is sometimes referred to as “hysterical strength.”

How can you explain the fact that someone with a tiny frame can, under unusual circumstances, do things they could never generate in daily lifting? According to Vladimir Zatsiorsky, a Penn State professor, muscles have “absolute” strength and “maximal” strength. Maximal strength is the force you can muster up when you consciously push your hardest. In contrast, absolute strength is the maximal force your muscles are theoretically capable of generating based on the structure of your muscles, tendons, ligaments, and bones.

When you train, even when you think you’re pushing your hardest, there’s a reserve that you don’t tap into under normal circumstances. An untrained individual can only tap into about 65% of absolute strength during a weight-training session, even when putting forth their best effort. If you’ve been weight training a while you can conceivably tap into more of your absolute strength, around 80% through focused, conscious effort.

How Can You Explain Superhuman Strength?

You might wonder what happens to yourself during these times of extreme strength generation. During an emergency situation, the adrenal glands pump out a variety of stress hormones, including cortisol and adrenaline, also known as the “fight or flight” hormone. Under the influence of adrenaline, your heart races to pump more blood to the muscles in your extremities and blood vessels open to receive that blood, oxygen, and nutrients. You start breathing rapidly to deliver more oxygen into your blood as well.

However, these aren’t the only hormones and proteins liberated in response to extreme stress. You also release chemicals called endorphins that increase the drive and motivation to behave heroically. You’re probably familiar with endorphins as the neuropeptides responsible for runner’s high. Endorphins also help to subdue the pain. They behave like natural opioids and give the brain the ability to better tolerate stress.

Some research suggests that another hormone called norepinephrine may play a bigger role than adrenalin in explaining superhuman bursts of strength. Adrenalin, once released by the adrenal glands, must travel through the circulation to the muscles. This takes time. In contrast, norepinephrine is stored in the nerve channel that connects directly to the muscle and can act faster. Regardless, adrenalin and norepinephrine both have a stimulating effect on muscle contraction.

A small person lifting a car off someone makes for a good story but some of these claims are likely overexaggerated. According to Dr. Vladimir Zatsiorsky, the release of adrenaline provides a burst of speed, strength, and power, but it won’t turn you into a superhero. Some of the claims of superhuman strength in emergency situations are overhyped. Yes, you’ll be stronger when your body is pumping adrenaline through your body and blood, your heart is racing, and oxygen is flooding your muscles, but you won’t be able to fight villains and conquer uncharted planets even if that were your intent.

Still, there are reports of superhuman strength that are credible. Accounts of people lifting cars and a woman who fought a polar bear who threatened her son as he played. Under normal circumstances, people can’t lift cars or defeat polar bears. These heroic folks, in one brief moment, tap into hidden strength reserves and operate at a maximum of their absolute strength. These normally untapped preserves are there to protect against injury. With fight-or-flight chemicals gushing through the system, the brain overrides the protective mechanisms that shield your muscles and tendons from damage.

Of course, muscles and tendons have limitations. If you were able to tap into these reserves during a workout and achieve your absolute strength, there’s a high risk of becoming injured. Yet, you now know that you DO have reserve strength that you don’t use and may never use. You’re actually capable of more than you think you are. So, don’t call yourself weak!

Hopefully, you’ll never encounter a situation where you have to unleash your absolute power. Still, if you ever are, you’ll be able to reach a greater percentage of your capabilities if you weight train regularly. Plus, building functional muscle strength and size makes it easier to do all the things you have to do every day, activities you take for granted like moving furniture, lifting a heavy pet or child, and carrying a full trash can down the stairs and out to the street. You need strong, conditioned muscles to do these things.

In addition, you have to think about the muscle loss you’ll inevitably encounter as you grow older. Weight training helps you hold onto that much-needed muscle tissue and helps reduce the metabolic slowdown that comes with age. Next time you train, remind yourself that you’re stronger than you think you are and push a little harder on your final set. You’ll be glad you did.