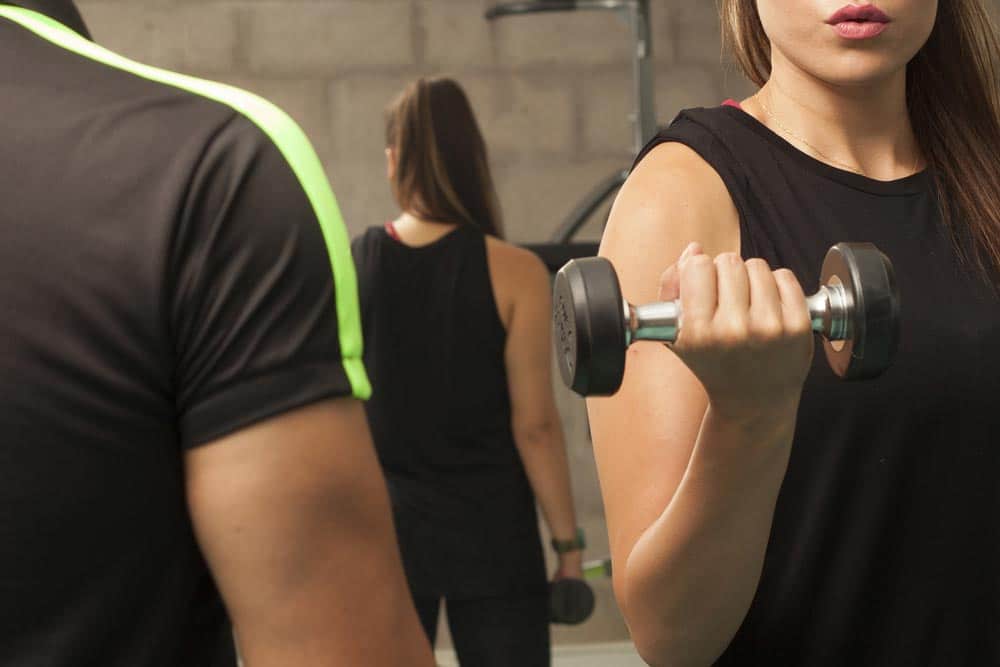 You’ve probably heard of hard-gainers, people who, despite strength training, fail to make substantial gains in muscle size. It’s frustrating to work hard and not reap the rewards of more muscle definition, even after months of training. Most of us want results and want them quickly! There’s little doubt that genetics play a role in muscle growth and how quickly and how much we can grow our muscles. Some people gain muscle fairly fast while others have to lift hard and consume more calories and protein to see muscle growth.

But, are there people who lift hard, use progressive overload, and consume enough calories and protein and NEVER build muscle size? Let’s see what science says about the issue of non-responders to strength training.

In one study of over 500 men and women, researchers found significant variation in muscle growth in response to strength training. After 12 weeks of biceps strength training and using progressive overload, some participants boosted the size of their biceps by 59% while others showed no apparent gains. This would suggest that there are, indeed, people who are non-responders to strength training. However, 12 weeks is a relatively short time period. These folks may actually be slow gainers rather than non-responders.

Supporting the idea that most people eventually respond to training are studies involving people over the age of 60. Research shows that even this “hard gaining” population can develop greater strength and muscle size. Older individuals usually have some degree of anabolic resistance and this can limit hypertrophy gains or make gains harder. But, even those with anabolic resistance CAN gain muscle with a structured strength-training program. They can also benefit from increasing their protein intake and, possibly, supplementing with omega-3’s to help counter anabolic resistance.

We mentioned the role that genetics play in muscle growth. Are there genetic variations that limit hypertrophy gains? Studies suggest that variations in a number of genes have an impact on muscle hypertrophy. One, in particular, called bone morphogenetic protein 2(BMP2) is of interest to researchers. Men with a particular variation of this gene make greater gains in muscle size in response to training than those with another variation.

Another gene that impacts muscle gains is IL-15. IL-15 is a myokine, a chemical produced by muscle cells, that has an anabolic effect. In one study, variations in this gene seemed to explain variations in muscle gains in participants after 10 weeks of strength training. Yet, further research shows this myokine plays a role in pre-training muscle size but plays a minor role, if any, in hypertrophy gains associated with a strength-training program.

Other Factors That May Explain Variations in Muscle Hypertrophy

We know satellite cells play a role in muscle hypertrophy. These cells, in response to resistance training, donate their nuclei to muscle cells to help them hypertrophy or become larger. Research shows that some people have more available satellite cells to help with muscle hypertrophy relative to others. But, there’s another variable. As discussed in Brad Schoenfeld’s book Science and Development of Muscle Hypertrophy, small segments of non-coding RNA, called micro-RNA may also impact how much muscle a person builds by blocking activation of an important anabolic pathway called mTOR, a big gun when it comes to muscle gains.

Finally, variations in fiber type may explain why some people build muscle size fairly quickly while others lag behind or seemingly make no gains. Fast-twitch muscle fibers are those that hypertrophy most in response to strength training, in contrast to slow-twitch fibers, oxidative fibers optimized for endurance rather than strength or power. Most of us have roughly equal quantities of fast and slow-twitch fibers, but some individuals have significantly more of one as opposed to the other. If a person has a predominance of slow-twitch fibers, they may not respond as quickly to resistance training as someone with more fast-twitch fibers.

The Myth of  Non-Responders

Although there are people who don’t show significant hypertrophy gains over a 10 to 12-week period, that doesn’t mean they don’t respond longer term. They may ultimately gain less than a rapid responder and the gains may come more slowly, but that doesn’t mean their muscles won’t grow. Research suggests that even “non-responders” can make gains with a well-designed strength-training program that takes into account variations in genetics and muscle morphology. For example, a person with a predominance of slow-twitch muscle fibers may actually make greater muscle gains when they train with lighter weights and higher reps. So, the idea of non-responders may be a myth, but some people have to work harder and longer to see change and may need to modify their training if gains aren’t apparent.

Plus, a person may have a different distribution of fast-twitch vs. slow twitch muscle fibers in one muscle group as opposed to another. For example, muscles in the lower body, like the quads and hamstrings, may have a higher proportion of fast-twitch fibers than the biceps or triceps in the upper body. If that’s the case, an individual may experience faster gains in some muscle groups but not others, at least not right away. In these folks, the best training approach may depend on the muscle group being worked.

We each develop muscle strength and size at various rates based on factors like genetics, age, training approach, nutrition, and more. While some people appear to make gains in muscle size slowly, it appears that even non-responders can make hypertrophy gains with the right training, although it may take longer relative to someone who’s a quick gainer. Also, keep in mind that even if gains in muscle hypertrophy are slow or limited, strength training can still improve muscle strength, aid in weight control, enhance insulin sensitivity, and improve overall health. Plus, heavy resistance training also helps preserve bone mass. So, keep training and be patient! The gains will come.

4 Fitness Training Principles: Are You Following Them All?

Strength-Training Frequency: How Does It Impact Strength Gains?