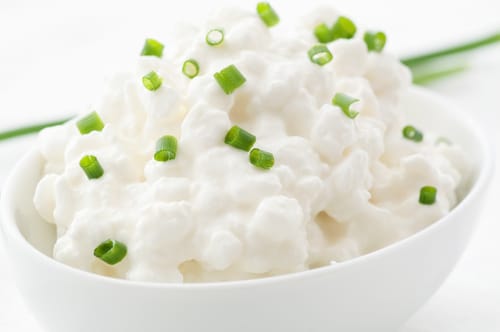 Some vitamins get more attention than others. One that’s often relegated to the backburner for most people is vitamin K, likely because they don’t understand what it does. In actuality, there is more than one form of vitamin K. Vitamin K1 is the form most people are familiar with. It’s important for blood clotting when you sustain an injury. But there’s another form called vitamin K2 that research now shows plays a role in keeping your bones healthy and your arteries free of dangerous plaque. Unfortunately, vitamin K2 is not abundant in the Western diet.

When you don’t have enough calcium in your bones, it leads to osteoporosis. When you have too much calcium in your arteries it leads to atherosclerosis and heart disease. Interestingly, people who have osteoporosis are also more likely to have calcification in their arteries compared to people with strong bones. Until recently, no one could really explain why. Now research shows low levels of vitamin K2 may explain these findings.

How might vitamin K2 deficiency be linked with heart disease and osteoporosis? Vitamin K2 appears to play a role in where calcium is deposited, whether it ends up in bones, making them denser and stronger, or where it shouldn’t be, in the lining of arteries. When you don’t get enough vitamin K2, calcium can’t be as easily incorporated into bone and ends up being deposited in your arteries instead. That’s a double whammy – a greater risk for heart disease and osteoporosis. Vitamin K2 seems to act as a sort of escort, ferrying calcium into bone rather than letting it build up inside arteries.

Animals that lack a protein that allows them to use vitamin K2 die at a young age from atherosclerosis. Research also shows that vitamin K2 can reverse arterial calcification in animals, thereby reversing heart disease. There’s evidence that vitamin K2 may prevent heart disease in humans too. A large study called the Rotterdam Study showed that older people with the greatest amount of vitamin K2 in their diet had a 50% lower risk of atherosclerosis. Researchers have even identified a vitamin K dependent protein called matrix Gla-protein or MGP that blocks abnormal calcification of arteries.

Deficiency of vitamin K2 is linked with lower bone density and an increased risk of hip fractures too. The Japanese who have much higher blood levels of vitamin K2 and a lower incidence of osteoporosis than people in Western countries despite having a low intake of calcium. Their higher vitamin K2 levels are likely related to the amount of natto in their diet. Natto is a traditional Japanese food made from fermented soybeans that have extraordinarily high levels of vitamin K2. The vitamin K2 in natto may offer some protection against osteoporosis even when calcium intake is low.

How to Get More Vitamin K2

Vitamin K1 is most abundant in green vegetables, especially spinach, cabbage, turnip greens, Brussels sprouts, asparagus and broccoli, but these aren’t a good source of vitamin K2. Vitamin K2 is found in far fewer foods. Some good sources are cheese, especially curd cheese, egg yolks, and butter. Certain protein sources such as organ meats and chicken breast also have respectable amounts. Of course, natto is a good source, but not one that most people in western countries eat – but maybe they should. What about supplements? Unfortunately, it’s not clear whether taking supplements would offer the same benefits.

Add vitamin K2 to the list of nutritional components that may lower the risk of osteoporosis. It may also be a strong ally in the battle against heart disease, the most common cause of death in both men and women. Chances are we’ll hear more about this under-appreciated vitamin.

Why High Sodium Diets Are Bad for Your Bones

Is Eating Too Much Sugar Harmful to Your Bones?

How Accurate Are Heel Scans for Measuring Bone Density?