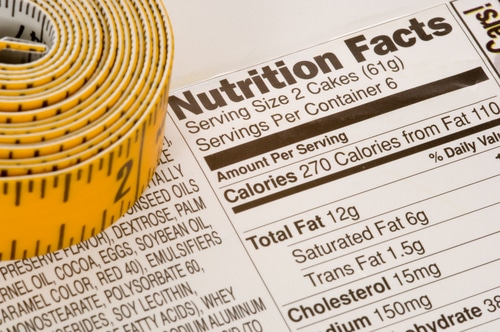 Most people know a few key facts about dietary fats, and something about which ones are particularly unhealthy. However, official advice often changes, and it is hard to be confident about what we should and should not eat.

Only a few years ago, fully saturated animal fats like butter and lard were seen as the biggest villains. Margarine was seen as a lighter, healthier alternative to butter, and vegetable shortening was preferred to lard in pastry making.

Now it is believed that you should avoid so-called trans fats, which are typically contained in margarine and vegetable shortening.

To make sense of these swings in official advice, it is useful to understand a little of the science and the history behind the trans fat phenomenon.

All fats consist of three long chains of bonded hydrogen atoms and carbon atoms. When the chain has the highest possible hydrogen/carbon ratio, fat is said to be ‘saturated’.

When just two of the carbon atoms in the chain form a double bond with each other rather than bonding with hydrogen atoms, there will be slightly fewer than the maximum number of hydrogen atoms. That sort of fat is known as ‘monounsaturated’.

When there are more such double bonded carbon pairs, leading to even lower hydrogen content, the fat is said to be ‘polyunsaturated’.

The place of a particular fat on the scale between ‘polyunsaturated’ and ‘saturated’ determines its melting point.

The History of Trans Fats

In the early twentieth century, a process called hydrogenation was discovered, by which polyunsaturated oils could be saturated with hydrogen by subjecting them to extreme temperatures. Some double bonded carbon atoms are forced in this process to break their double bond, and they then join with extra hydrogen atoms to produce a more hydrogenated substance. These hydrogenized partly unsaturated fats are known as trans fats.

The fats obtained in this way have useful properties. Naturally saturated fats, like butter, tend to be expensive, animal-derived products. By hydrogenating oils from sources varying from soya to whale oil, it became possible to produce large quantities of cheap saturated fat. It was solid at room temperature and had good keeping qualities.

Margarine was mass produced and promoted at first as a convenient and cheap butter substitute. Later on, it was sold as healthy food, on the basis that it was not a fully saturated fat.

It is now accepted that the partly saturated fats produced by hydrogenation, those with a high trans fat content, are associated with raising the ‘bad’ cholesterol count in people who consume them, just as naturally occurring saturated fats do.

Not only that, but the consumption of trans fat lowers the level of ‘good’ cholesterol. The combination of raising bad cholesterol and reducing the good cholesterol in the blood is a dangerous one, carrying a risk of heart disease and other circulatory problems. For that reason, Trans fats are now regarded as the most dangerous of all the fats that you could eat.

Trans fats are still common in processed foods of all sorts: cookies, pastries and snack food are likely to contain them. Regulations say that trans fat should be listed as an ingredient in the US, but foods which were already in production before 2006 are not covered. So a label might not state ‘trans fat’ in those words. The words to watch for are ‘hydrogenated’ and ‘partly hydrogenated’.

It is true that dietary advice is extremely changeable, and attitudes to trans fat may be different in the future. However hydrogenation is quite a new procedure, and by avoiding hydrogenated fats you will not be cutting out anything essential for a good diet. Furthermore, the foods which contain it tend to be processed foods, high in other harmful ingredients like sugar and salt.

So, it is probably best to play safe, by avoiding hydrogenated fats as near to completely as you can.

Dietary Fats: Five Reasons Not to Fear Them

Are the Health Risks of Saturated Fat Overplayed?

Does the Type of Fat You Eat Affect Body Composition?