The Surprising Fitness Benefits of Half Squats

The Surprising Fitness Benefits of Half Squats 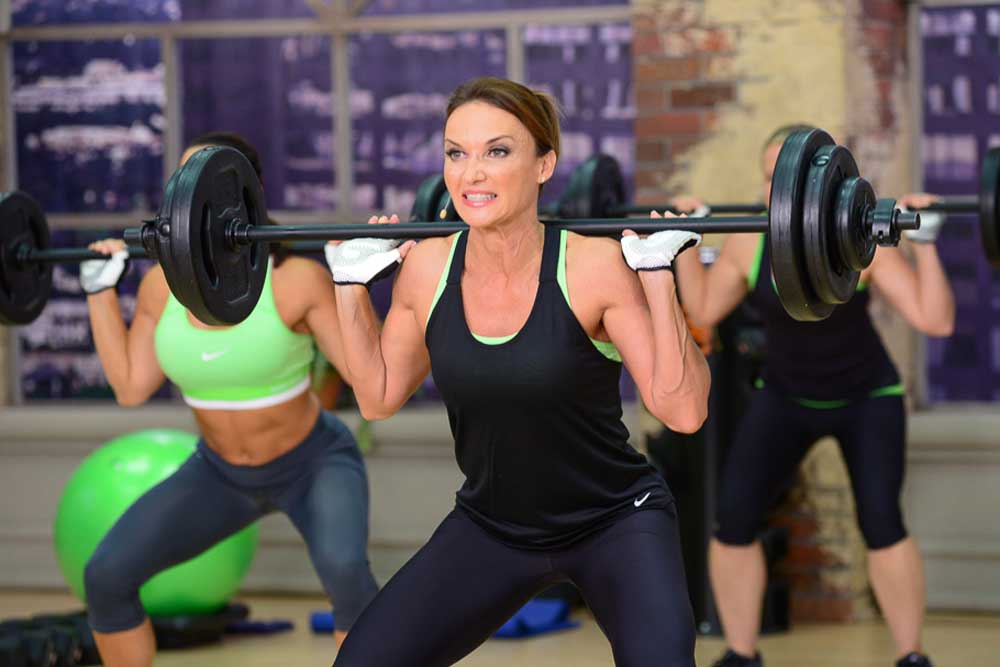 Doing a half squat sounds like a copout. You might think you need to squat to at least parallel to get the full benefit of squats, right? It’s true that squatting deeper, to parallel or below, works the muscles in your lower body, as a whole, more than doing a shallow squat. Plus, going deeper is more of a challenge and we know that challenge leads to change. But, half squats have some advantages as well. Here’s why doing them isn’t a copout after all.

What are Half Squats?

When you do a full squat, you descend into a squat to the point that your thighs are parallel with the floor. Some people go deeper than this. Going below parallel means you’re doing a deep squat. In contrast, a half squat is where you descend somewhere between standing upright and the position where your thighs are parallel with the floor. To do a half squat, most people squat halfway between upright and parallel.

How does muscle activation differ between a half squat and a full squat? First, let’s look at the hamstrings. The main muscle in the hamstrings, the muscle group in the back of the thighs, is the biceps femoris, a double-headed muscle. The hamstrings, as a whole, is a group of muscles that act at both the knee and hip. The biceps femoris extends the hip when you take a step to start walking. When your knee is bent, the biceps femoris also flexes and rotates the knee inward. Two other hamstring muscles, the semimembranosus and semitendinous flex the knee and extend the trunk when the trunk is in a fixed position. Strong hamstrings are important for balancing out hip flexors that are often abnormally tight due to sitting too much.

You use hamstring muscles when you squat, and muscle activation studies suggest that half squats and full squats place similar stress on the biceps femoris. Therefore, both approaches to squatting hit your hamstrings in a manner that promotes growth. In fact, a measure of surface EMG activity found that the partial squat lead to GREATER muscle activation of the biceps femoris, erector spinae, soleus, and gluteus maximus muscles relative to a full squat.

You might be surprised that the biceps femoris, one of the hamstring muscles, and the gluteus maximus, another muscle in the posterior chain activate more with a half squat than a deeper one. One theory is that the biceps femoris has to work harder to stabilize the knee when you do a partial squat. Also, as you descend into a parallel squat and your knees flex more, the gluteus maximus relaxes somewhat. So, half squats are still giving your hamstring a thorough workout.

What about the quadriceps, the muscles in the front of your thigh? The quadriceps are made up of four muscles. These include the rectus femoris, vastus medialis, vastus lateralis, and vastus intermedius. The quadriceps, as a whole, flex the hip and extend the knee joint. As such, they play an important role when you walk, run, and jump. They also stabilize the knee and help prevent knee injuries when they’re strong. Surface EMG activity showed that full squats activate the rectus femoris muscle more than a partial squat, as activation of this muscle goes up as knee flexion increases.

So, with full squats, you’re placing more force on the rectus femoris, a quadriceps muscle, relative to the biceps femoris, a hamstring muscle in the back of the thigh. In other words, full squats hammer your quads more than your hamstrings. So, doing half squats where the hamstrings and quadriceps get more balanced activation may help prevent a muscle imbalance. Not that you should focus only on half squats. The goal, if you‘re orthopedically sound, should be to descend lower if you’re capable of using good form. But, you may want to include half squats in your routine as well to work the front and back of the thighs in a more balanced manner.

Get Stronger with Half Squats?

Other Benefits of Half-Squats

When you do a half squat, you train your hips and knees at an angle you use when you jump and do other explosive moves. Training at these angles may help you improve your jump and sprint performance, although you should still aim for doing full squats during some of your training sessions.

The take-home is that partial squats have benefits and they’re more achievable for people who have functional limitations that make it harder to carry out a full squat. Orthopedic issues or mobility issues can limit the ability to complete a full or deep squat. In such cases, the partial squat is a viable alternative.

Squatting is an exercise that belongs in every workout as it’s a compound exercise that works so many muscles while improving sports performance and functionality. Plus, as you can see from the study, doing both may improve lower body strength more than only doing full or deep squats.

So, don’t underestimate the power of a half squat. Why not include both in your routine? Including variety challenges your muscles in different ways, so you can make greater gains. Strive to do full or deep squats some of the time, but don’t be afraid to include half or partial squats in your strength-training routine as well.

NASM.org. “Research in Review: Full or Partial Back Squat – Which Activates the Muscles More?”
Journal of Strength and Conditioning Research, 31(6), 1688-1693. (2017)
Muscle and Fitness. “Partial vs. Full Range of Motion: Which is Better for Strength?”

Are Partial Reps “Cheating” or Can They Help You Gain Strength?

What Does Research Show about Partial Reps vs. Full Reps for Strength Training?

5 Ways to Get More Benefits from Bodyweight Squats