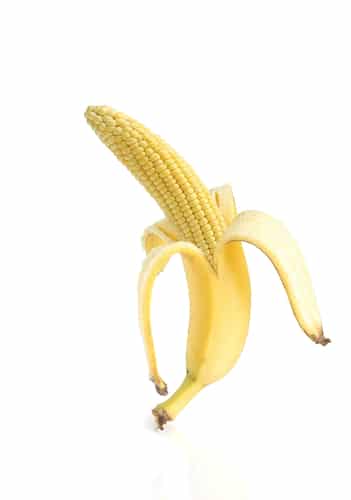 Grocery shopping is more complicated than it used to be. At one time you only had to worry about not forgetting an item on your shopping list. These days you have to consider whether to buy conventional or organic produce and whether a food item you’re dropping into your shopping cart has been genetically modified. Unfortunately, it’s increasingly hard to avoid GMO foods since genetically-modified foods now make up around 70% of the food on grocery store shelves. That’s not good news if you’re trying to avoid them. Fortunately, there are some simple steps you can take to avoid adding GMO foods to your shopping cart.

What Are Genetically-Modified Foods?

Genetically-modified foods, also referred to as GMOs, is food that comes from organisms that have had their genes altered. Genetic modification is commonly used to make genetically-modified plants that are more resistant to disease, chemicals or pesticides that might kill them prematurely. Manufacturers use genetic engineering techniques to introduce new genes into organisms or alter the ones they have so they have survival advantages or require less time and money to maintain. Another way genetic modification can be used is to increase the nutritional value of certain foods.

Not surprisingly, there are concerns that changing an organism’s genes could have serious repercussions for human, plant and animal health as well as the health of the environment. For example, plants modified to resist pests could affect the health of animals that feed off of them. This also reduces diversity among species, which is important for health and for the survival of plant and animal life.

No one is sure what the long-term health effects of genetically-modified foods might be. One of the biggest concerns is the risk of allergic reactions. For example, if a person is allergic to soybeans, and a protein from the soybean was used to genetically alter another food, that person may experience an allergic reaction to the genetically-modified food. There’s also some concern that GMO foods may not be as easily recognized by immune cells, and this could increase the risk of autoimmune problems.

If You’re Concerned about GMOs, How Can You Avoid Them?

Unfortunately, GMO foods are more prevalent than most people realize. Soybean oil, corn oil, and canola oil are commonly used to manufacture processed foods, and there’s no requirement that a product that contains genetically-modified ingredients has to say so on the label. This means you have to use a little detective work to avoid them.

One way to avoid genetically-modified foods is to buy items that are certified organic. If you buy beef, look for beef that’s grass-fed. Otherwise, you run the risk of purchasing meat from a cow that was fed genetically-modified corn. Another option is to grow some of your own produce or buy it from a local farm.

If you don’t have organic produce readily available in your area, take a close look at the sticker on fresh produce before you buy it. The sticker has a number called the price look-up number of PLU. Genetically-modified produce has five digit number that begins with “8.” If it was grown organically, the PLU should be five digits in length and begin with a “9.” Conventional produce has four digit numbers that usually begin with a “3” or “4.”

Avoid processed foods as much as possible, and stay away from corn oil, soybean oil, and canola oil since these have commonly been genetically modified. Use extra-virgin olive oil whenever possible. Food additives, flavorings, and ingredients like high fructose corn syrup, corn starch and soy are also commonly genetically modified. Avoid margarine since it commonly contains genetically-modified oils.

The verdict is still out on the health risks of GMOs, but they have the potential to upset the ecological balance. Some say this may not bode well for human health or the health of plants and animals.

7 Foods Most Likely to Be Genetically Modified

Food Labeling: What Do Those Supermarket Labels Really Mean?