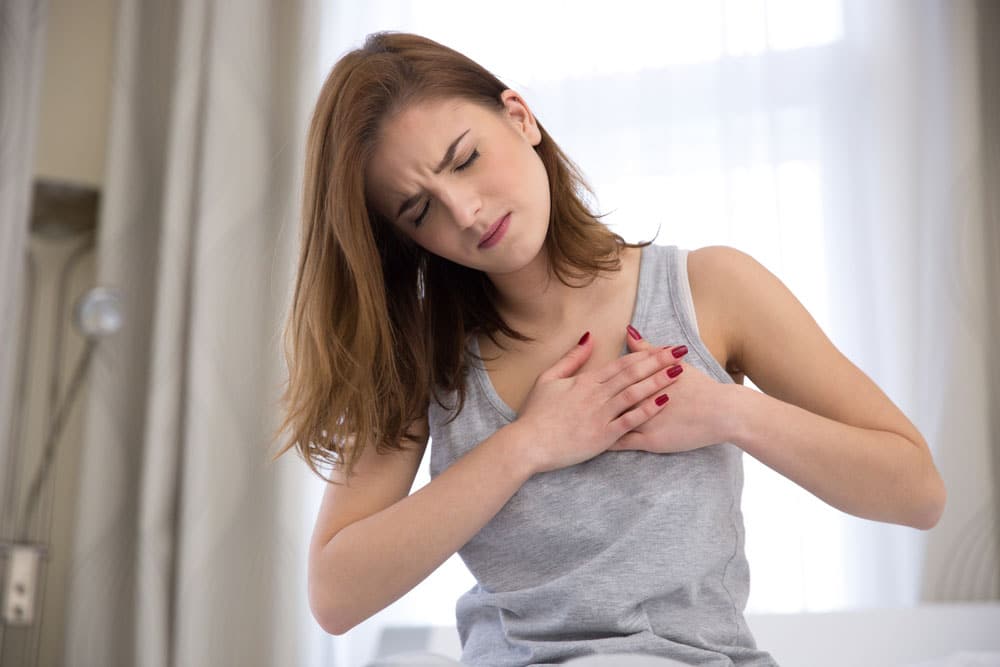 You might think cardiovascular disease is a health problem that rears its ugly head later in life. It certainly shouldn’t show up around the time you’re looking for your first job or working on an advanced degree. After all, it takes time for the arteries that supply blood to the heart to sustain enough damage to cause a heart attack.  Yet a disturbing new report shows heart attacks are on the rise in people as young as their 20s. Naturally, such news raises some questions – and some eyebrows. People in their 20s are supposed to be looking for their first job and decorating their first apartment, not recovering from a heart attack. This assumes, of course, they’re lucky enough to survive. Why is heart disease affecting younger people these days?

You might assume that having a heart attack at a young age gives a survival advantage. Younger bodies are more resilient, right? Unfortunately, survival rates are no better in younger people than those who are sidelined by a heart attack in their 50s. This sobering fact might be explained by the reality that young people are less likely to seek timely treatment for suspicious symptoms. Instead, they may brush off the symptoms, assuming they’re too young for a heart attack.

Years ago, it was uncommon for young adults to experience heart attacks. But, when researchers looked at data on over 2,000 heart attack patients under the age of 40, they discovered the incidence in those age 40 and under made up a surprisingly high percentage of all heart attack sufferers. About 1 in 5 was 40 years old or younger.

As mentioned, research shows patients 40 and younger are just as likely to die after their heart attack as those ages 41 to 50. So, having a cardiac event at a younger age won’t give you better odds of surviving. Plus, younger people who have a heart attack may not be treated as aggressively as their older counterparts because there’s still the belief that young people rarely get them. It’s clear that this isn’t the case!

Why Are Heart Attacks Occurring at Younger Ages?

Is the growing rate of insulin resistance, obesity, hypertension, and type 2 diabetes the reason young people are having more heart attacks?  Certainly, these are strong risk factors for cardiovascular disease and they’re occurring at younger ages, even during childhood. But based on the study, the rates of these conditions in younger and older heart attack sufferers was similar. One factor that may play a role is substance abuse. A significantly higher percentage of younger people who have had heart attacks reported using a recreational substance, like cocaine, relative to older heart attack sufferers. Researchers plan on looking into this possibility.

This study should raise awareness that cardiovascular disease and heart attacks can occur at any age. Heart disease and heart attacks remain the leading cause of death in Western countries. Another misconception is heart attacks are more common in men. Women have a lower risk up until menopause. But as females enter the second half of life, things level out and women play catch up. Sadly, females, like younger people, are less likely to receive timely treatment due to the perception that young women don’t experience heart attacks or strokes.

But there is good news. Heart attack and stroke rates are falling among older age groups. In fact, the death rate from stroke has dropped by 75% since the early 1960s.  It’s unclear the precise reasons heart attacks are affecting more young people and whether substance abuse is the primary factor. Regardless, risk factors for cardiovascular disease are similar in all age groups. They include:

·        Strong family history (Lifestyle can mitigate much of this risk)

Most of these heart attack and cardiovascular disease risk factors are modifiable through lifestyle. So, we have some control over our risk of developing heart problems. Lifestyle modification should occur early since avoiding obesity during childhood and adolescence may also lower the risk. Studies show childhood obesity is strongly correlated with high blood pressure and elevated triglycerides late in life. These are both risk factors for cardiovascular disease. As you might have guessed, it’s also important to stay active throughout life.

A heart attack can happen at any age in men or women. Know your risk factors and make sure you’re leading an active, heart-healthy lifestyle. It can make a difference!

How Much Can You Lower Your Risk for Heart Disease Through Lifestyle?

Why You Should Reconsider Taking a Calcium Supplement

These Two Types of Exercise Are Synergistic for Heart Health

5 Tests That Best Predict Your Risk of Cardiovascular Disease

How Does Exercise Lower Blood Pressure?

Is It Time to Ditch the Calcium Supplements?