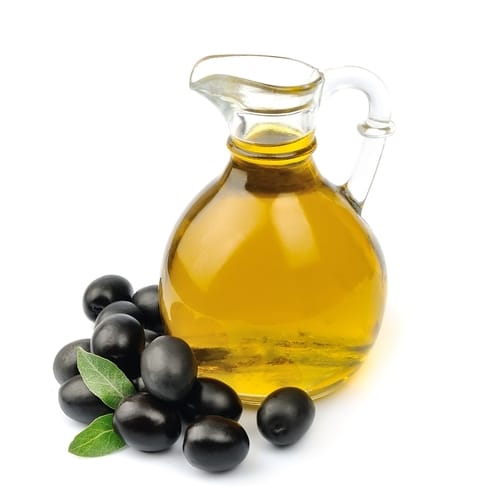 It’s true that vegetable oils come from nuts and seeds, foods that have health benefits. Unfortunately, they undergo a great deal of processing before they’re packaged into plastic bottles and placed on supermarket shelves. Vegetable oils are made up of unsaturated fatty acids (a component of fat). This means the carbons in fatty acids aren’t completely saturated with hydrogens and contain double bonds in their structure. This makes vegetable oils more unstable to heat relative to saturated fatty acids where all the carbons are saturated with hydrogens. You’ll soon see why this is a problem.

Vegetable oils are a relatively recent addition to the American diet. They’ve been around in some form since the early 1900s, but people really didn’t start cooking with vegetable oils until the mid to late 1950s. Before that time, people mainly cooked with lard, butter or animal fat, all forms of saturated fat.

How Vegetable Oils Are Made

To make vegetable oil, seeds that may have been genetically-modified (in the case of corn oil and soybean oil) are heated to high temperatures and pressed to remove the oils. At this point, the oil is treated with a solvent called hexane and boiled to remove as much hexane as possible. This process gives the oil a color and aroma that isn’t pleasing to the senses. No wonder! The heat is damaging the structure of the fatty acids. To “disguise” this problem, manufacturers add a final step – they “deodorize” the oil by heating it to high temperatures before adding preservatives to increase the shelf life of the oil.

As you can see, vegetable oils like corn oil, soybean oil, sunflower oil, safflower oil, etc. are highly processed. During processing, they’re exposed to high heat. Remember, vegetable oils contain unsaturated fatty acids that are unstable when you heat them. As a result, they form free cell-damaging free radicals. Plus, they’re treated with the solvent hexane, traces of which are likely in the finished product. The exposure to high heat and hexane destroys antioxidants naturally present in the seeds from which the oil was pressed.

Vegetable oils typically don’t last longer than six months in your kitchen cabinet without going rancid. As they go rancid, they form free radicals. Uh-oh, more free radicals again! When you cook with these oils, these free radicals enter your body. Vegetable oils are usually already “damaged” due to the high heat used to process them. Letting them sit around in your cabinet and exposing them to more heat when you cook with them only makes the problem worse.

Not All Vegetable Oils Are Exposed to High Heat and Chemicals

Olive oil is a type of monounsaturated fat meaning its chemical structure gives it a single double bond. Monounsaturated fats such as those found in nuts, olive and avocados are heart-healthy fats. If you buy “virgin” or “extra virgin” olive oil, you’re buying oil that has not been exposed to chemicals. If the oil was cold-pressed, it means the oil was removed without the use of high heat. So, a quality bottle of extra-virgin olive oil shouldn’t already contain heat-damaged fats and free radicals. Still, even olive oil is prone towards rancidity because of its double bond. That’s why it’s important not to expose olive oil to light or air. Buy extra virgin olive oil in a darkly tinted glass bottle and store it in a dark, cool place. Discard it after six months. Extra-virgin olive oil is a good choice for salad dressings and low-temperature sautéing where you aren’t exposing the oil to high heat.

When you buy extra-virgin olive oil that hasn’t been heated to high temperatures during processing you’re getting an oil that still retains its natural antioxidants, is less likely to be rancid and won’t have traces of solvents like hexane. Be sure to buy it from a reputable supplier. Some olive oil manufacturers dilute extra-virgin olive oil with other cooking oils to lower costs. Be suspicious of one that’s too inexpensive. Still, you have to store extra-virgin olive oil properly and avoid exposing it to high heat to keep it from turning rancid.

What Oils Are Safest for High-Temperature Cooking?

Saturated fats are the least likely to break down when exposed to high heat. Studies show saturated fats raise LDL-cholesterol. On the other hand, some recent research suggests that saturated fats may not be as heart unhealthy as previously thought. A meta-analysis published in the American Journal of Clinical Nutrition found no link between saturated fat and an increased risk for heart disease. Although this isn’t the final word, it does suggest that the link between saturated fat may not be as strong as previously believed. One study showed that when participants replaced saturated fat with vegetable oil (sunflower oil and safflower oil), their cholesterol dropped BUT their rate of heart disease and overall mortality actually increased.

So what’s the safest oil for cooking at higher temperatures? Coconut oil is a saturated fat but one that’s processed differently by your body. After they’re absorbed, they travel directly to your liver where they can be broken down as a source of fuel, much like a carbohydrate. There are ongoing studies looking at whether coconut oil lowers heart disease risk – but more research is needed. Coconut oil is very stable when you heat it to high temperatures, making it a good choice for high-temperature cooking. Until more studies come out about coconut oil and heart disease, use it in moderation, when you need an oil that’s stable at high temperatures. Macadamia nut oil is another oil that holds up well to heating. It’s about 80% monounsaturated fatty acids, like that in olive oil. It doesn’t break down until you take it beyond 400 degrees F. It’s also rich in antioxidants and has a shelf life of one to two years.

Most vegetable oils are heavily processed and exposed to high heat and solvents. This damages them and creates cell-damaging free radicals. Extra-virgin olive oil that’s cold-pressed is a better choice as long as you don’t expose it to heat above 300 degrees F and store it in a dark, cool place. Although saturated fat has been demonized, coconut oil is one of the better choices for high-temperature cooking due to its stability. Macadamia nut oil is another option that holds up well to heat.

The take-home message? Stock your cabinet with extra-virgin olive oil, coconut oil, and macadamia nut oil and leave the other vegetable oils on the shelf.

Choosing Healthy Fats: How Processing Affects the Nutritional Value of a Vegetable Oil

Food Fakery: It’s as Close as Your Grocery Store