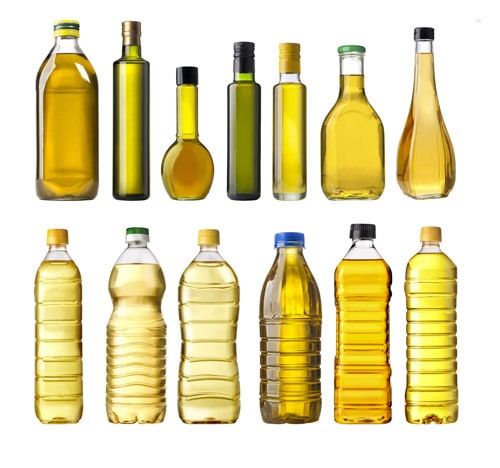 Food Fakery – It’s unsettling to think you might be eating fake food and even more worrisome if the food you’re eating puts your health at risk. While dangerous food adulteration isn’t common in food made in the U.S, many packaged foods still don’t quite live up to their promises. Let’s look at some of the food items most likely to be misrepresented.

Unfortunately, you don’t always get what you pay for when you buy olive oil at your local supermarket. Independent testing at the University of California at Davis showed almost 70% of olive oil at the grocery store is fraudulent or mislabeled. How so?  Manufacturers, in the hopes of saving money, dilute olive oil with cheaper oils, including soybean oil, hazelnut oil, and peanut oil. It’s not easy to tell whether the olive oil in your cabinet is real or fake since it typically looks no different. If you’re a real olive oil connoisseur, you might notice it doesn’t taste as rich and flavorful as the real stuff but how many of us have the taste buds to tell the difference? So, it’s easy to get scammed when you buy olive oil.

Coffee deception? It happens. The cup of coffee you reach for in the morning might be diluted with inexpensive fillers. Fortunately, these fillers aren’t dangerous but they can distract from the taste of the coffee. Some of the most common fillers include seeds, sugar, maize, or soybeans. You might wonder why you don’t see them. Once you grind the beans, they’re usually not visible to the eye. Fortunately, scientists in Brazil recently developed a test called high-performance liquid chromatography that can detect this kind of fraud, so, hopefully, we’ll see less of it in the future.

Many of the ready-to-eat cereals in the grocery store that have fruit on the cover are not real fruit, even if they call it that. More likely, the “fruit” is concocted of ingredients like soybean oil, gelatin, sugar, corn fiber, and artificial coloring. On the plus side, there are packaged cereals that DO contain fruit, usually freeze-dried. The way to find out is to read the label. If you don’t see freeze-dried fruit or fruit bits listed in the ingredients, there’s a good chance you’re eating a lab-made version.

Fruit juice is another grocery item where you might not get what you pay for. Fresh-squeezed orange juice in cartons has an unexpected addition – a flavor packet. After manufacturers squeeze oranges to remove the juice, they store the liquid in big tanks. To make the orange juice last longer, they then remove the oxygen from the tank. Once it’s time to send the orange juice to the store, they add a flavor packet to give the product the flavor and fragrance the storage process depleted from the orange juice. One ingredient in flavor packets is ethyl butyrate. It’s an additive approved by the FDA if that’s any reassurance.

If that isn’t bad enough, there are cases where orange juice is diluted with other juices, like lemon juice or grapefruit juice. All in all, you’re better off eating whole fruit since juice contains large amounts of natural fructose but lacks the fiber necessary to slow the blood sugar response. If you’re a juice lover, drink it in moderation and consider squeezing your own.

Apple juice is another juice to be suspicious of. Off-label ingredients that sometimes end up in bottled apple juice include other juices, especially grape and pear juice, added high fructose corn syrup, and malic acid. Again, an organic apple is your best bet. The fiber and pectin, make it one of the most filling fruits you can eat.

Yes, even the milk you buy in cartons at the grocery store may be hiding something. Most of the milk fraud occurs in Brazil, China, India, and Pakistan. Some of the “additives” that have ended up in milk include urea, melamine, sugar, hydrogen peroxide, and detergents. Yuck! Some milk manufacturers simply dilute milk by adding more water. This practice also affects the nutritional value of milk. Reduce the risk by buying certified organic milk.

Mislabeling is a problem with seafood. One study found that about a third of fish are labeled incorrectly. Often, it’s a cheaper fish being sold as a more expensive one. Some more costly fish actually turn out to be tilapia. Not only do you not get what you pay for but some of the substitute fish may be high in mercury or heavy metals. According to one study, snapper and tuna have the highest mislabeling rates. Unfortunately, the U.S. imports most fish and only about 2% is actually inspected to make sure it’s not a fraud.

Other foods commonly affected by food fraud and fakery is honey and spices, particularly black pepper. Food fakery is not only unethical but also potentially dangerous. If you have allergies to certain ingredients, an unsuspected ingredient could trigger a reaction. It’s one more reason why it’s safer and smarter to buy healthy, unprocessed foods rather than something designed in a lab or processed in a factory. Foods without labels are the best for your health.

If you do buy packaged foods, always read the label, no matter how much of a hurry you’re in. Other ways to reduce exposure to food fraud and fakery is to buy certified organic and shop at local Farmer’s markets. It’s no guarantee but it does lower your risk.

BeWell.com. “The Most Fraudulent “Health Food” In Your Kitchen”

QualiFood Academy. “10 Most Common Food Frauds: How to Avoid Them”

NPR The Salt. “One In Three Fish Sold At Restaurants And Grocery Stores Is Mislabeled”

One thought on “Food Fakery: It’s as Close as Your Grocery Store”