Do Fat Cells Get “Fitter” Through Exercise?

Do Fat Cells Get “Fitter” Through Exercise? 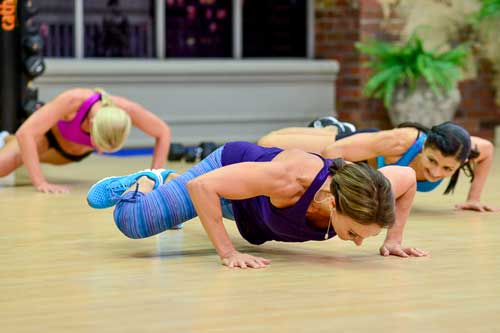 Fat cells, which make up adipose tissue, aren’t just storage depots for fat. Research shows fat cells are dynamic entities that produce hormones like leptin that help regulate appetite. Fat cells also make chemicals called cytokines, which are linked with inflammation. In addition, fat cells produce another hormone-like chemical called adiponectin, which impacts how cells respond to insulin. Adiponectin is a “good guy” in terms of metabolic health. It increases insulin sensitivity so your cells can better respond to the insulin your pancreas produces.

One benefit of exercise is it increases fat breakdown and oxidation.  Stored fat is mobilized so it can be used as an energy source to fuel muscle activity. During moderate-intensity exercise, the primary source of fuel your muscles use to make ATP are fat stores. When you exercise at a high intensity, carbohydrates become the predominant fuel source, although it’s always a mixture of the two, the ratio varies with the intensity and duration of a workout.

In response to hormones like adrenalin, released during exercise, stored fat, or triacylglycerols, inside fat cells are released as glycerol and fatty acids. The free fatty acids are transported to muscle cells via the bloodstream where they can use them to make ATP drive muscle contraction. Muscle cells also store small amounts of fat that can be used as a fuel source during exercise.

When you don’t consume enough calories or carbs and your glycogen stores are depleted, fat cells break down triacylglycerols and release them as glycerol and fatty acids. This happens due to the action of a protein called hormone sensitive lipase. Hormone-sensitive lipase, in turn, is activated by hormones released during “starvation” including glucagon and adrenalin. As more fatty acids enter your blood from the fat breakdown, muscles and other tissues can use them as a fuel source, although some tissues like the brain and retina of the eye can’t. These tissues can only use glucose. The fatty acids also go to the liver where they can be used to make ketone bodies as an alternative fuel source for your brain to use when glucose stores are low.

Now you know why exercise and cutting back on calories contributes to fat loss: your body uses fat stored fat as fuel. Of course, it’s a little more complicated than this. Your body has ways to “hold on” to fat when you drastically reduce the number of calories you take. Plus, the quality of the diet you eat affects hormones like insulin and leptin that regulate appetite, metabolism and how readily your body stores fat.

A study carried out by research at the University of Bath, shows fat tissue does more than release fat in response to exercise.  In response to exercise, fat cells seem to get better at doing their job of breaking down fat. When you work out, fat cells release chemical messengers like IL-6. IL-6  plays a role in regulating appetite and energy expenditure. One way it does this is by sending a signal to muscle cells to use more fat as fuel.

In addition, chemical messengers released from fat cells in response to exercise may partially explain why exercise improves insulin sensitivity, a good thing when it comes to your metabolic health. Regular exercise appears to make fat cells “fitter” and better at doing their job of releasing stored fat during an exercise session. Physical activity doesn’t just affect fat tissue short term, by increasing fat breakdown, it may offer longer-term benefits as well.

Visceral fat is a different “breed” of stored fat. Most of the fat you store on your hips and thighs is subcutaneous fat, fat stores that lie just beneath the skin. It’s the type of fat you can see and “pinch.” Visceral fat isn’t as visible as subcutaneous fat since it lies deep in your abdominal cavity where it surrounds organs like your liver. While subcutaneous fat doesn’t look pretty, it doesn’t cause the same health problems visceral fat does. Visceral fat is linked with a greater risk for type 2 diabetes and heart disease as well as a common condition called fatty liver.

Unfortunately, pesky visceral fat becomes more of a problem after menopause as estrogen levels drop and cortisol levels rise. Visceral fat is a big producer of messenger chemicals that have a negative impact on insulin sensitivity and promote inflammation.

Fat cells are more complex than you might expect. They not only release stored fat to fuel exercise: fat cells release hormones and chemicals that have a sustained impact on appetite and metabolism. In the case of visceral fat, the chemicals released increase the risk for health problems like heart disease and type 2- diabetes. Exercise positively impacts metabolic health and reduces visceral fat. Plus, research suggests your fat cells may be getting “fit” right along with you, so keep giving your fat cells a workout to stay lean and healthy.

PLOS One. “The Effect of Exercise on Visceral Adipose Tissue in Overweight Adults: A Systematic Review and Meta-Analysis” February 2013.

Fitness Science. “How Training Gets Your Fat Fit”

Harvard Health Publications. “Abdominal Fat and What to Do About It”

Herald Sun. “Researchers say one hour of exercise per week can reduce belly fat, the risk of heart disease and diabetes”