Does Eating Fish Increase the Risk of Melanoma?

Does Eating Fish Increase the Risk of Melanoma? 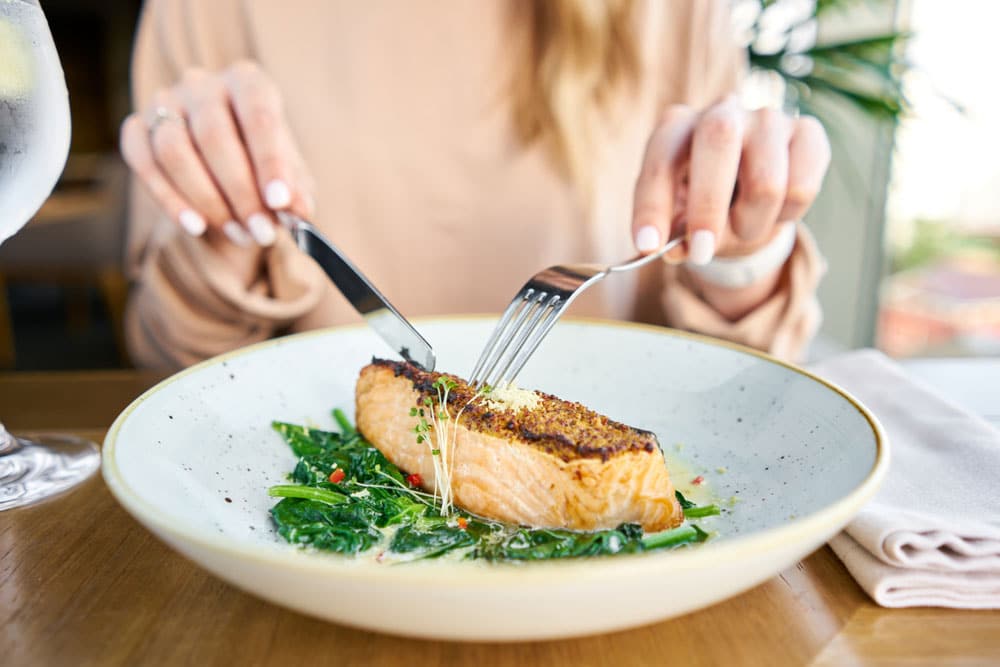 Melanoma is a scary word. When you go out in the sun, people slather on sunscreen to protect their skin from harmful ultraviolet rays that increase the risk of various types of skin cancer, including malignant melanoma, the most serious form of skin cancer. But now, a new study links eating fish with a higher risk of melanoma. With fish being such a healthy food, you might wonder if the link is real. Let’s take a closer look at this study and see whether eating fish is a concern if you’re at higher risk of malignant melanoma.

Melanoma is a type of skin cancer that can be deadly if it goes untreated or there’s a delay in treatment. The most common type of melanoma is called cutaneous melanoma, and it appears on the surface of the skin (cutaneous). Other types appear under nails or in mucous membranes in the mouth or nose.

Melanoma can arise from a pre-existing mole or occur de novo. Regardless of whether it arises from a mole, it begins in melanocytes, pigment-producing cells that make the skin, hair, and eyes appear brown or black. So, they are what gives your skin its pigment. With malignant melanoma, melanocytes grow uncontrollably and can spread more deeply into the skin and even into the bloodstream to distant sites.

The most common symptom of melanoma is an irregularly shaped mole that gets larger over time and changes characteristics. These may include:

That’s why it’s so important to monitor moles for these signs and see a dermatologist immediately if you develop one or more.

Common places for melanoma to show up include:

Melanoma is caused by a combination of factors, including exposure to ultraviolet (UV) radiation, genetics, aging, and sunburn. UV light can damage your skin cells, which may lead to skin cancer. While melanoma risk is increased by UV exposure, scientists know that people with fair or light skin are at greater risk than those with darker skin. There’s also a genetic component to melanoma. If you have a family history of it, you may be at greater risk yourself.

Does Fish Increase the Risk of Melanoma?

How did the idea that eating fish is linked with melanoma come about? A study that followed half a million people and their dietary habits found that those who eat more fish, in this case, at least half a can of tuna daily, had a 22% greater risk of developing melanoma. They also showed an association between eating other types of fish and malignant melanoma, not just tuna.

However, this study is not a randomized-controlled trial, it is an observational study that doesn’t show causation. Still, researchers say it raises concerns because of the long-term nature of the study and the large number of people they looked at. As they point out, it needs more research. Plus, strangely, they didn’t find a link between eating fried fish and a higher risk of melanoma.

If this link is causal, why would fish increase the risk of melanoma? Fatty fish is high in omega-3s, compounds with anti-inflammatory activity. Plus, they’re packed with vitamins. Some research even shows that eating fish might protect against some other types of cancer, such as colorectal cancer or prostate cancer.

The high concentrations of omega-3s in fish oil, which is derived from the fatty tissues of oily fish like salmon and mackerel, may also be good for your brain. A concern about fish is the toxins it can contain, including heavy metals. Some scientists point out that, if there is a causal link, an environmental toxin that fish accumulate may be to blame.

One toxin that they point to as a possibility is mercury, a heavy metal. Previous research suggests a link between higher levels of mercury and an increased risk of skin cancer. Other contaminants that fish accumulate that may play a role include arsenic, dioxins, and polychlorinated biphenyls.

As healthy as fish is in its purest state, it can contain toxins. That’s why doctors caution pregnant women to limit their fish intake during pregnancy and encourage everyone to avoid eating large qualities of large fish that accumulate higher levels of toxins, including heavy metals.

Eating fish can be a healthy part of your diet. It’s packed with protein and other nutrients, including omega-3 fatty acids, which can help reduce inflammation and may lower the risk of certain cancers. But there’s a downside to eating fish: some types of fish carry mercury—a toxin that builds up in larger fish such as swordfish, tuna, mackerel, and tilefish (these are listed on the FDA website).

The Environmental Protection Agency recommends that pregnant women avoid these types of fish altogether because they pose the most risk for harm to unborn children (and no amount is considered safe). This is because methyl mercury can cause developmental delays in babies’ nervous systems at very low levels.

As far as fish and melanoma, the study is inconclusive, since it doesn’t show causation. There is no definitive evidence that fish consumption increases the risk of developing malignant melanoma, just an association. However, it does need more study.

At this point, it might be best to eat fish in moderation, based on guidelines set by the Environmental Protection Agency. Hopefully, future studies will further clarify this issue.

5 Self-Exams All Women Should Do to Protect Their Health