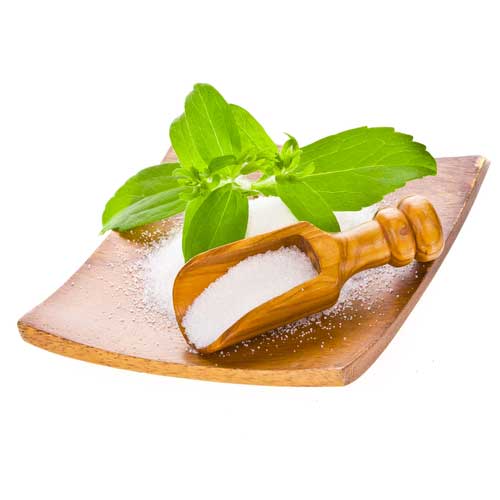 Are no-calorie sweeteners a “sweet” deal or a bitter pill for your health? With so much focus on reducing dietary sugar, no-calorie sweeteners, encased in packages of yellow, blue, or pink, offer the taste of sweet without the calories. Yet, artificial sweeteners like sucralose and aspartame are quite polarizing with the general public, and even dieticians can’t agree as to whether they’re safe.

Visit some online forums and they’ll tell you artificial sweeteners are toxic and linked with health problems like cancer. Whether or not these sweeteners actually cause cancer is still unproven. Yet with so many people using them, it raises questions of another nature. How do these sweeteners affect our metabolism – and are they really helpful for weight loss?

The Not So Sweet Side of Artificial, No-Calorie Sweeteners

The fact that no-calorie sweeteners have zero calories relative to sugar at 15 calories per teaspoon sounds like a winner. After all, 2 teaspoons of sugar in your coffee adds 30 calories and when you use a no-calorie sweetener, you get zero. This assumes, of course, you don’t eat more to compensate for the calorie savings.  Plus, artificial sweeteners like sucralose and aspartame are hundreds of time sweeter than an equal amount of sugar, so you don’t have to use as much. Who can argue with that?

Unfortunately, it’s not so simple. In animal studies, rats that consume artificial sweeteners are less able to control how much they eat. In other words, they do more compensatory eating. Why might this be? Researchers propose that treating taste buds to something sweet without the expected calories fails to activate the “reward pathway” within your brain that makes you feel satisfied after you eat. When you taste something sweet, your brain expects calories. When it doesn’t get them, it doesn’t shut down your appetite. Keep in mind that not all studies support this idea, but it’s something to consider before reaching for another packet of no-calorie sweetener.

Another way artificial sweeteners potentially affect your metabolic health is by changing the composition of bacteria that live in your gut. There’s growing evidence that gut bacteria influence a wide range of bodily activities from digestive health to immune function. The wrong population of gut bacteria could potentially trigger inflammation and contribute to insulin resistance and even obesity.

People who are obese have gut bacteria that differ from those who are lean. In animal studies, transferring bacteria from lean rodents to obese ones causes the obese ones to lose weight and vice versa, showing how important gut bacteria are for staying lean and healthy.

Gut bacteria also appear to influence appetite hormones like leptin. Plus, destroying healthy gut bacteria changes the way your body processes glucose and can lead to insulin resistance. At least one artificial, no-calorie sweetener, saccharin, based on a study, alters gut bacteria, in an unfavorable way.

Despite these concerns, when researchers compiled the results of numerous human studies where subjects substituted non-calorie sweeteners for sugar, the results were not unfavorable in terms of fat loss. Substitution led to modest weight loss and loss of body fat.

Is There an Alternative?

Although questions remain about artificial sweeteners, one form of no-calorie sweetener, Stevia, seems to have favorable effects on metabolic health. Research shows Stevia reduces blood sugar and insulin release after a meal and may be the most metabolically friendly sweetener alternative if you’re struggling to give up sugar. Also, a study in kids showed substituting non-calorie beverages for sugar-sweetened ones led to weight loss and fat loss in overweight children.

While substituting artificial sweeteners for sugar may pay off with weight loss short-term, it’s possible that, over time, these sweeteners destroy healthy gut bacteria and adversely affect metabolic health. With so many questions about these sweeteners, it’s best to avoid them.

Other Thoughts about Artificial Sweeteners

As far as the cancer issue goes, a 2013 Italian study linked lifetime consumption of sucralose to a higher risk of leukemia in mice. Although this raises red flags, the mice ate large quantities of sucralose from the time they were fetuses until the time they died. It’s unlikely humans would consume the equivalent of what these mice did. In addition, another mouse study showed a link between aspartame and tumors of the liver and lung in male mice. If there is such an association in humans, you’d probably have to consume a lot over a lifetime. The biggest concern about these sweeteners, based on current evidence, is how they impact gut bacteria, and, in turn, metabolic health.

Although unproven in humans, these studies raise questions about how artificial, no-calorie sweeteners like sucralose, aspartame, and saccharine influence metabolic health and whether, despite having no calories, they contribute to weight gain. Why take a chance?

Medical News Today. “How Safe Is Splenda? Is Splenda Bad For You?”

NPR. The Salt. “Diet Soda May Alter Our Gut Microbes And Raise The Risk Of Diabetes”

Eating for a Healthier Liver

Do Artificial Sweeteners Cause Weight Gain?

2 thoughts on “Do No-Calorie Sweeteners Impact Your Metabolic Health?”