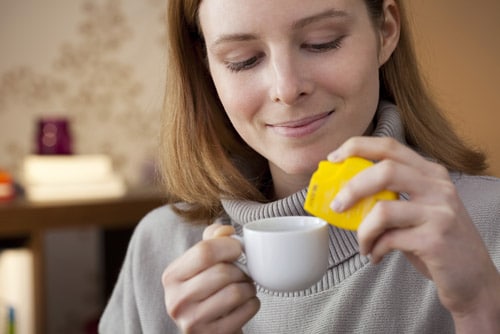 You’ve seen the little packs of blue, pink, and yellow sweeteners, conveniently packaged so you can quickly add one to your coffee or tea. Artificial sweeteners sound like a “sweet” deal. You get the taste of sugar with virtually no calories. However, some experts are concerned that these sweeteners, despite their lack of calories, might not be so sweet after all. In fact, there are questions as to whether these sweeteners fuel weight gain. Is this supported by science?

Studies looking at whether artificial sweeteners are linked to weight gain are conflicting. That’s not surprising since there are a number of artificial sweeteners on the market and many of the studies were done in mice. Plus, whether or not a sweetener causes weight gain likely depends on factors like how much you use them, how often, in what form you take them in (food or liquid), and whether you consume them with a meal.

What does science say? A meta-analysis, an analysis of a large group of studies, published in the International Journal of Obesity in 2016 looked at a number of human studies where participants used artificial sweeteners. According to this analysis, artificial sweeteners were actually linked with lower total energy intake and modest weight loss. Many of these were interventional studies too, rather than observational. This gives them more credibility.

Other high-quality, randomized controlled trials show a modest reduction in BMI and waist size in people who use artificial sweeteners in place of sugar – but, remember, most of these studies are short-term. However, based on current studies, there’s little DIRECT evidence that artificial sweeteners cause weight gain, at least over a short period of time. However, we can’t say these sweeteners aren’t problematic longer term or that they can’t cause weight gain indirectly. Let’s see why.

Your gut is far from a barren. In fact, the surface of your digestive tract is teeming with trillions of bacteria. Thankfully, many of these bacteria aren’t “bad guys” but perform useful functions. For example, these tiny critters produce acids that keep the lining of your intestinal tract healthy. They also protect against disease-causing bacteria, as well as modulate the health of your immune system. If that isn’t enough, they also play a role in nutrient and vitamin absorption and some even make vitamins, including vitamin K and some B vitamins. Studies also show that people who are overweight or obese have gut bacteria that differ from those who are leaner. So, gut bacteria seem to indirectly impact body weight.

As Dr. Jeffrey Gordon, a researcher and physician from Washington University in St. Louis, points out, over 90% of the bacteria in the gut are of two species: Firmicutes and Bacteroidetes. Obese mice have a higher ratio of Firmicutes to Bacteroidetes. That’s important because Firmicutes bacteria give the mice the ability to extract more calories from the food they eat. More calories extracted from food increases the potential for weight gain. Even more interesting, when you transplant the bacteria from obese mice into lean mice, the formerly lean rodents gain weight.

Does this happen in humans as well? It’s a little more complicated with humans. It’s harder to monitor and control what humans, as opposed to mice, eat. People who are obese or overweight tend to use artificial sweeteners more than slender people but that’s not surprising since they’re trying to control their weight. So, there’s likely a selection issue. Many obese people also have metabolic issues, like insulin resistance and scientists are asking whether artificial sweeteners are a contributor.

Some scientists believe that artificial sweeteners are harmful to metabolic health in humans as well. The question is whether they’re worse than sugar? If so, the only option is to eliminate all forms of sweeteners or use a natural, no-calorie sweetener, like a Stevia-based one. However, there’s at least one study showing Stevia alters a particular gut bacteria, Lactobacillus reuteri, a bacterium you find in the digestive tract of most healthy people.

New Evidence That Artificial Sweeteners Are Linked with Weight Gain

One thought on “Do Artificial Sweeteners Cause Weight Gain?”