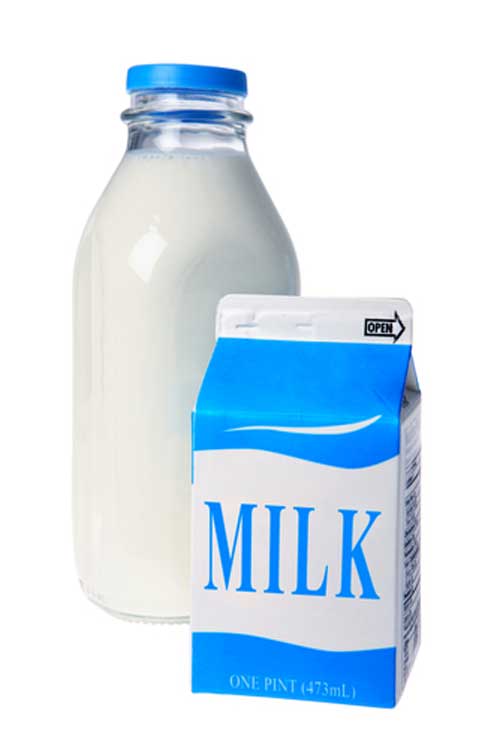 Did your mom tell you to drink your milk as a child? If you’re over the age of 30, this meant drinking milk from a dairy cow. Only recently have people turned to milk alternatives like soy milk, coconut, milk, almond milk, hemp milk, and other dairy milk substitutes. You have more choices than ever when choosing what goes on your hot cereal in the morning.

That’s a good thing because of recent research questions some of the health benefits of drinking dairy milk. Surely one thing you can say is the calcium in milk is good for your bones – or is it? Interestingly, some studies raise questions about this time-honored idea.

A new study published in the British Medical Journal raises questions about the protective effects of drinking milk on bone health. In this study, researchers followed over 100,000 men and women for more than 20 years.  After comparing the incidence of fractures to milk consumption in these folks, they reached some interesting conclusions. Greater milk consumption didn’t protect men or women against bones fractures. In fact, higher milk intake was linked with a GREATER risk for fractures in women. What’s more concerning is this study showed a higher risk of mortality among men and women who drank three or more glasses of milk daily.

You certainly can’t draw conclusions based on one study, but several other studies including a 2011 study published in The Journal of Bone and Mineral Research also found no link between fracture risk and dairy milk consumption. Milk didn’t seem to protect bone health in this study either.

Despite the fact that bones are made of calcium, the idea that calcium itself protects against bone fractures, according to some studies, is questionable. A meta-analysis of a variety of studies looking for a link between calcium intake and a lower risk for fractures failed to show diets high in dietary calcium reduce the incidence of bone fractures. This doesn’t mean you don’t need calcium in your diet, but it does question whether you need to get most of it by drinking milk. The Dietary Guidelines for Americans currently recommends getting three servings of low-fat dairy products daily.

Other Concerns about Dairy Milk

Dairy milk contains the sugar lactose. As adults, a significant number of people can’t break down and absorb lactose. As a result, lactose enters the small intestines where bacteria feast on it and produce gas. People with lactose intolerance experience abdominal cramping, bloating and diarrhea when they drink milk or eat dairy products.

That’s not the only way lactose may be harmful. A growing body of research suggests that lactose may be damaging to the ovaries.  Lactose is broken down to two simple sugars: glucose and galactose. One theory as to how milk could be harmful has to do with the galactose that forms from lactose breakdown. In animals studies, galactose is linked with oxidative stress and aging. Milk contains greater amounts of lactose and galactose than fermented dairy products like cheese and yogurt.

Dairy milk also contains hormones, like estrogen, naturally produced by dairy cows. A synthetic hormone called recombinant bovine growth hormone has been injected into dairy cows since 1993 to increase milk production. One concern is the natural hormones like estrogen in dairy milk may increase the risk for hormonally-dependent cancers like breast cancer and prostate cancer. Skim milk typically has less natural hormones than full-fat milk, so it may be a safer choice.

The other concern is that recombinant bovine growth hormone injected into dairy cattle could increase the risk for certain cancers by stimulating cells to grow and divide more rapidly. More research is needed to look at this issue.

You can avoid the effects of recombinant bovine growth hormone by buying organic milk, although the milk will still contain natural sources of hormones like estrogen from the cow. Drinking skim milk will expose you to less of these hormones.

Dairy milk is a good source of protein, so drinking it in moderation has some upsides. With so many milk alternatives, most of which are fortified with calcium, you can enjoy the texture and taste of milk without drinking dairy milk exclusively. Unfortunately, most milk alternatives don’t contain as much protein as dairy milk, so you’ll need to get more of your protein from other sources. The milk alternative highest in protein is soy milk.

On the upside, almond milk and coconut milk are fortified with vitamin D, vitamin B12 and calcium and unsweetened versions are available. Unsweetened almond and coconut milk typically contain about half the calories of skim milk.

Rather than give up dairy milk entirely, substitute a portion of the dairy milk you currently drink with a milk alternative like almond milk or coconut milk. When you drink cow’s milk, buy organic, skim milk to reduce your exposure to recombinant bovine growth hormone and natural estrogens in the milk fat. If you have lactose intolerance, drinking non-dairy milk will allow you to enjoy the taste of milk without the tummy discomfort.

What about the studies linking dairy milk with an increased risk for bone fractures? Hopefully, future research will clarify this issue. Until then, make sure you’re meeting your daily calcium requirements by eating a variety of foods that contain calcium.

Harvard University Gazette. “Hormones in milk can be dangerous” December 7, 2006.