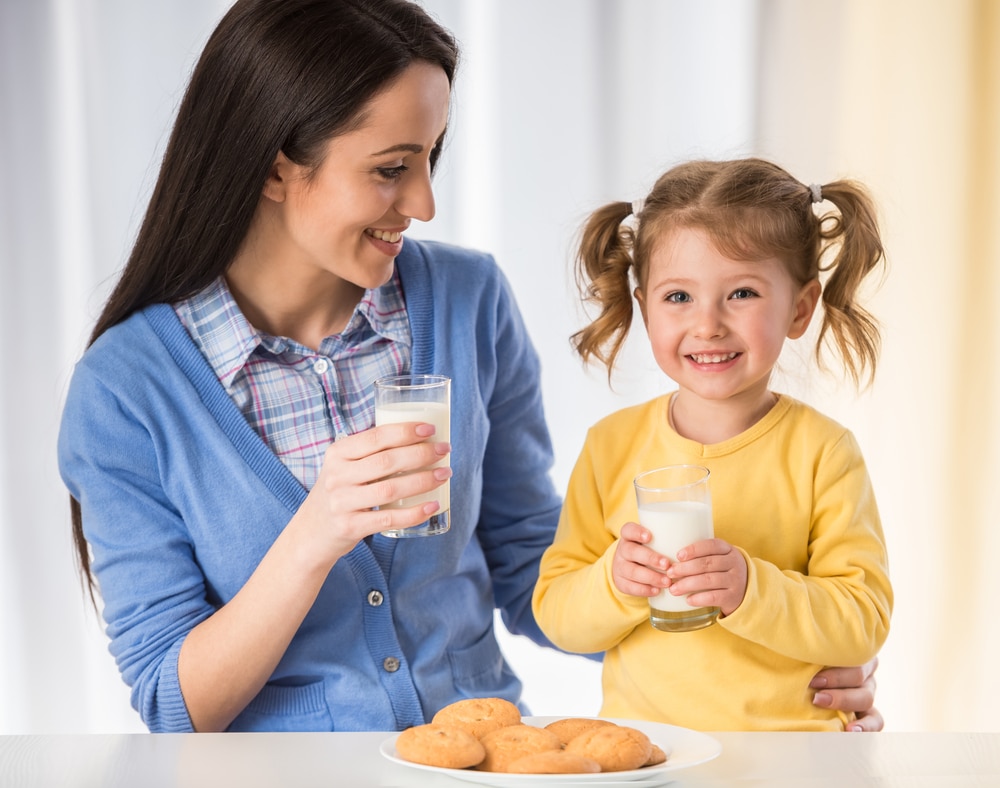 Dairy foods are a good source of protein. Foods ranging from cheese to a glass of milk supply your body with protein and calcium in a form it can readily use. Despite the nutritional benefits of milk and cheese, dairy products have increasingly come under scrutiny in the last decade or two. It’s no secret that people are more concerned about where food comes from and what they’re exposed to when they eat those foods. These days, you’re as likely to see a carton of plant-based “milk” on the breakfast table as a container of dairy milk. With a growing number of plant-based milk alternatives, you no longer have to add dairy milk to coffee or to oatmeal in the morning. In fact, plant-based milk is growing in popularity due to concerns about the hormones in milk. Are these concerns justified?

Dairy Foods: The Hormones in Milk

By now, you probably know that farmers give cattle a growth factor, called bovine growth hormone to encourage them to produce more milk. More recently, scientists have discovered a way to genetically engineer bacteria that produce this growth factor. With the help of bovine growth hormone, cows can produce up to 15% more milk. Farmers and even some dairy scientists argue that the quantity of this growth factor in milk products is so small that it shouldn’t have an impact on human health.

How about other hormones in milk? Irrespective of injection with bovine growth hormone, cows produce hormones, including estrogen, and these levels rise during pregnancy. So, even if you buy an organic brand of milk where cows weren’t given synthetic growth factors, you ’ll still be exposed to natural hormones made by the cow. A pregnant cow has up to 20 times the amount of estrogen circulating in their bloodstream relative to a non-pregnant one. Even when you drink a glass of organic milk free of bovine growth hormone, you’re consuming hormones, such as estrogen, made by the cow. Is that a problem healthwise?

Are You Putting Your Health at Risk When You Drink Dairy Milk?

First, let’s look at the estrogen pregnant cows produce. It’s true that relative to the quantity of estrogen your body makes, the quantity in cow’s milk is small. According to Monica Reinagel, MS, LD/N, CNS, the Nutrition Diva, pre-menopausal females naturally produce 6,000 times the estrogen each day that’s in a glass of cow’s milk. So, a little more sounds like a drop in the bucket. Plus, estrogen from food sources is absorbed by the digestive tract and travels to the liver where it is broken down. However, it is possible to overwhelm the liver’s ability to metabolize this hormone and that could lead to higher levels entering the bloodstream. Yet, in a mouse study, the amount needed to have an impact was 1000 times the quantity you’d typically find in a glass of milk.

What about the growth hormone that farmers inject into dairy cows? According to a study published in the journal Science, bovine growth hormone is not biologically active in humans. However, studies show that treatment with bovine growth hormone boosts IGF-1, a factor your liver produces in response to growth hormone. IGF-1 stimulates cell and tissue growth, including potentially damaged cells. Some studies link IGF-1 with a higher risk of some types of cancer, including pre-menopausal breast cancer and prostate cancer. However, scientists say that our livers produce more than 100 times more IGF-1 than what you’d consume by drinking a glass of cow’s milk. What’s a little more?

Based on this data, it would appear that drinking milk, even non-organic milk, wouldn’t negatively impact hormone levels enough to cause health problem. This assumes you don’t drink a carton or two of milk every day. However, most of the above research is in animals, not humans.

Does Consuming Dairy Foods Increase the Risk of Cancer?

The impact of dairy foods on cancer risk are mixed. Some studies show a link between higher dairy consumption and certain types of cancer, particularly ovarian cancer and prostate cancer, while others show no link. For colon cancer, consuming more calcium-rich foods, including dairy, may be protective. Keep in mind, most of these studies are observational rather than randomized, clinical trials.

There’s no definitive evidence that dairy milk is harmful to health, although studies in humans are limited. Yet, there are reasons to avoid dairy, including lactose intolerance, concerns about antibiotic resistance, the environment, and animal welfare. Fortunately, there are plant-based alternatives that offer the taste and “experience” of milk without the hormones. One thing some milk alternatives lack is protein. For example, almond, coconut, and rice milk are significantly lower in protein relative to dairy milk. Two plant-based kinds of milk that DO contain substantial protein are soy milk and hemp milk.

If you don’t like the taste of plant milk, experiment with different types – coconut, almond, hazelnut, rice, hemp, soy, flaxseed, and cashew milk. Chances are, you’ll find one that meets your taste requirements. If you prefer dairy milk but are still concerned about the hormones, full-fat milk has higher levels than skim milk. So, you can lower your exposure by drinking non-fat milk. If the antibiotic issue concerns you, stick to organic milk. You might discover that there’s room for both dairy and plant-based milk in your diet. Alternating between the two helps lower exposure to antibiotics, hormones, or growth factor in dairy foods, should they be an issue.

One thought on “Should You Be Concerned about Hormones in Dairy Foods?”