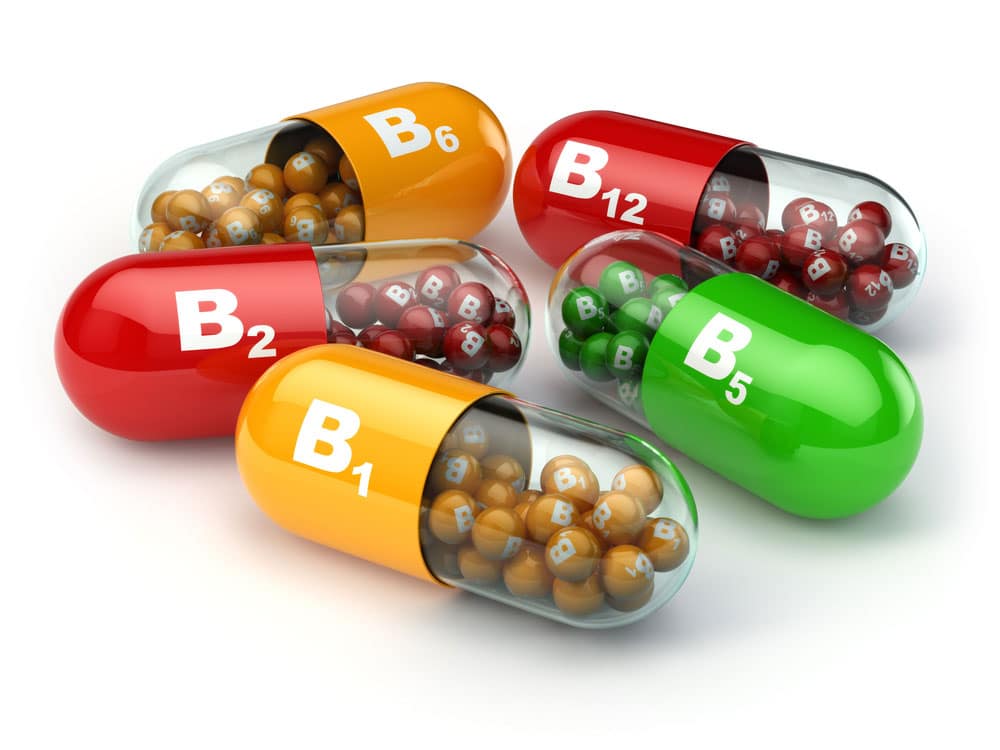 It is never easy to see someone you love suffer from memory loss because of Alzheimer’s disease, and it happens too often, thanks to the aging of the population. The statistics are sobering. One in three seniors over the age of 85 has Alzheimer’s disease, a condition that causes memory loss and cognitive decline. Plus, the numbers are expected to triple over the next few decades.

Genetics is a factor in who gets Alzheimer’s disease. Some people carry a gene variation called APOE-4 that raises their risk, but lifestyle is an even stronger factor. However, not everyone who inherits double APOE-4 genes develops Alzheimer’s, showing the importance that lifestyle and environment play in who gets the disease.

Even with a healthy lifestyle, there’s no guarantee that you or a loved one won’t develop this serious brain condition, but some lifestyle changes may lower the risk, including getting good nutrition. In fact, some studies show that taking B vitamins may help to prevent memory loss associated with Alzheimer’s disease.

Can B-Vitamins Lower the Risk of Alzheimer’s Disease?

B vitamins are water-soluble vitamins. They are used in the body for a variety of reasons, including energy production, functioning of the nervous system, and the production of red blood cells. Most of these vitamins can’t be stored by the body, so you must get them through diet. People who consume a lot of processed food or drink a significant quantity of alcohol may fall low in B-vitamins.

Do B-vitamins play a role in brain health too? In one study, researchers followed 168 people who had mild cognitive issues for two years. Half of them took B vitamin supplements and half took a placebo. At the end of the study, they looked for changes in brain volume suggestive of brain atrophy-a marker of mild cognitive impairment (MCI). People who have this mild and common form of memory decline are at significantly greater risk of developing Alzheimer’s disease.

To assess brain volume, the researchers did brain imaging before and after the two interventions – B vitamins or placebo. The result? Those taking B vitamins had less brain atrophy, or shrinkage, as compared to those who took the placebo. In fact, brain shrinkage was reduced by 30% in those who took B-vitamin supplements. The strength of the research is that the study was a randomized-controlled, double-blind study, one of the most robust types of studies.

Despite these encouraging results, it’s hard to draw firm conclusions. The study suggests that B-vitamins may reduce brain shrinkage, but does that translate into a lower risk of Alzheimer’s disease?

There’s also some suggestion, based on research, that getting enough B-vitamins is beneficial for mood disorders such as anxiety and depression. So, getting enough of these vitamins may play a role in stabilizing mood and reducing stress.

Are There Downsides to Taking B-Vitamins?

Before taking any supplement, it’s important to understand the benefits versus the risks. For example, some studies show that supplemental folic acid, a type of B-vitamin, may increase the risk of colon cancer and prostate cancer. There are also 9 types of B-vitamins, and it’s not clear which B-vitamins offer the most benefits.

Of the B-vitamins, older people are at higher risk of developing vitamin B12 deficiency because of absorption issues. Since vitamin B12 plays a role in building healthy red blood cells and creating the myelin sheath that covers nerves in the brain and nervous system, vitamin B12 deficiency can manifest with symptoms similar to Alzheimer’s disease. For example, people with vitamin B12 deficiency may experience brain fog, memory problems, confusion, balance issues, and signs of peripheral nerve damage, including numbness and tingling in the hands or feet.

If you are over the age of fifty, ask your doctor to check your vitamin B12 level and be sure to get plenty of vitamin B12 in your diet from food sources. Plant-based foods contain little or no vitamin B12; vitamin B12 is abundant in meat and dairy foods. If you eat a vegan diet, take a vitamin B12 supplement to avoid deficiency.

Eating the right foods, engaging your brain daily, and regular exercise help to keep your mind active and could lower and build cognitive reserve, extra brain reserves that may help you fight off cognitive decline as you age So, take a whole lifestyle approach to reduce your risk. Don’t depend on one nutrient or supplement alone to protect your brain against decline. B-vitamins work in synergy with other nutrients.

Nothing can replace a balanced diet of whole, nutrient-dense foods and physical activity for preserving brain health and improving health overall. Having social contacts and ways to manage stress are also important factors for protecting brain health. It all counts toward keeping your brain healthy and reducing the risk of Alzheimer’s disease.

How Much of the Nutrients in Your Diet Are You Absorbing?