You May Need More B Vitamins if You Work Out

You May Need More B Vitamins if You Work Out 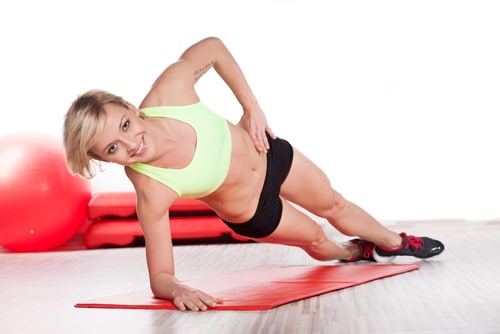 A fast food diet won’t cut it if you work out. Athletes not only need an adequate amount of macro-nutrients such as protein, carbohydrates and fat, but they also need vitamins and minerals in adequate quantities to fuel reactions that convert food into energy and to build and repair muscle. Low levels of some vitamins can also have an impact on athletic performance, especially deficiencies in B vitamins.

According to a study published in the International Journal of Sports Nutrition and Exercise Metabolism, athletes who don’t get enough B vitamins in their diet may not perform as well during high-intensity workouts. Deficiencies in these vitamins alter energy metabolism and reduce the body’s ability to repair and make muscle tissue.

There are eight B vitamins: thiamine, riboflavin, niacin, pantothenic acid, vitamin B6, biotin, folic acid, and vitamin B12. These vitamins play a necessary role in converting macro-nutrients such as protein and carbohydrates into energy. Not surprisingly, a deficiency in this vitamin group would make it difficult for an athlete to perform at their peak.

Why Some People May Not Get Enough B Vitamins

B vitamins are found primarily in unprocessed foods such as whole grains, nuts, and green vegetables. Vitamin B12 is the only member of the B vitamin family that’s only found naturally in meat and dairy foods. Thus, vegan athletes who don’t eat meat and dairy are at significant risk for B12 deficiency. B12 is important for the production of red blood cells and for maintaining the myelin sheath that surrounds nerve cells.

Why Athletes Are at Greater Risk for B-Vitamin Deficiency

Even non-vegan athletes who eat mostly processed foods risk not be getting enough B vitamins in their diet. Some processed food such as cereal is fortified with B vitamins, but this may not be adequate for athletes who do high-intensity exercise. Some athletes also restrict calories to keep their weight down, which further increases their risk for nutritional deficiencies of all types.

Some experts believe the current B-vitamin recommendations aren’t high enough because of the central role these vitamins play in cell metabolism. One B-vitamin, folate, is linked with birth defects in pregnant women who don’t get enough of it. That’s why many cereals and packaged foods are fortified with folate.

Athletes may need more B vitamins than they’re getting. B12 deficiency is a particular concern among athletes who eat little meat and dairy. It’s a good idea for vegan athletes to get a vitamin B12 level checked. Other athletes would do well to eat more whole grains, low-fat dairy, lean sources of protein, nuts and green vegetables to boost B vitamin levels naturally. Athletes who restrict calories may benefit from taking a daily multivitamin that contains B vitamins.