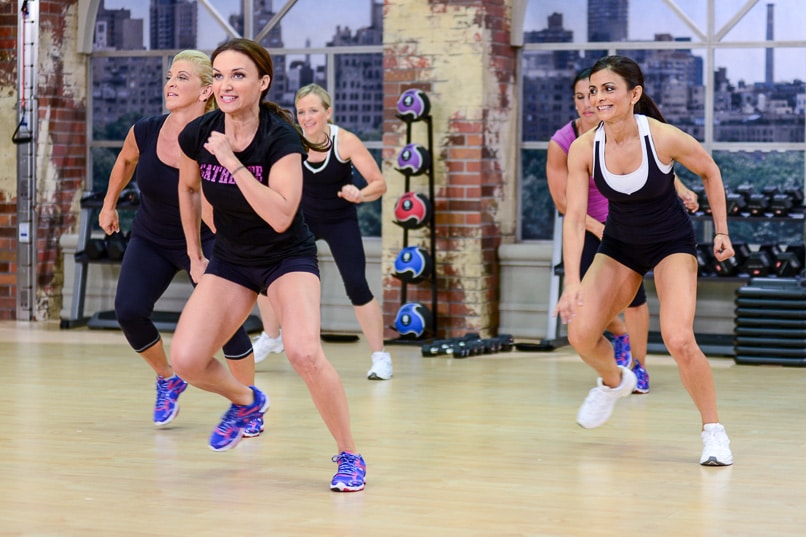 Training is Better for Fat Loss

If there were a hormone that could help you blast away fat you’d want to know more about it, wouldn’t you? Well, your body makes one. It’s called adrenaline. Cells in your adrenal medulla, located just above your kidneys, make adrenaline when you’re frightened, excited or stressed. It’s also known as the “fight or flight hormone.”

Some of the things adrenaline (also called epinephrine) does is increase your heart rate and blood pressure when you’re stressed or are in danger and need to react quickly. It also sends more blood to your muscles, opens up your airways and dilates your pupils so you can see better. This prepares you to fight or run away to get out of danger’s way.

It’s also adrenaline that gives people seemingly super-human strength during times of danger. Ever heard of someone lifting a car off of someone to save their life? Adrenaline is at work here. Adrenaline belongs to a class of compounds called catecholamines. Another catecholamine called norepinephrine is also released in response to stress.

Catecholamines, adrenaline, and norepinephrine, are released at other times too – like when you exercise. Although you release some adrenaline with steady-state moderate-intensity exercise, you release more of it when you do high-intensity exercise. You even begin releasing adrenalin in anticipation of exercise, when you’re still thinking about doing it. Why does high-intensity exercise boost adrenaline levels more than exercising at a moderate intensity? Intense exercise stresses your body more. Remember, catecholamines are released in response to stress. The greater the stress, the more adrenaline, and norepinephrine will be released.

High-intensity exercise places your body under considerable stress, especially if you exercise at an intensity that exceeds your anaerobic threshold. At this level of intensity lactic acid starts to build up and your blood becomes more acidic. That’s when adrenaline production is at its highest.

Why is this important? Adrenaline is a fat-burning hormone. It activates a hormone called hormone sensitive lipase that breaks down stored fat so the fat can be used for energy. So exercise that maximizes the release of adrenaline also maximally mobilizes body fat so your muscles can put it to use as an energy source.

So what type of exercise is best for maximizing adrenaline release? High-intensity exercise, of course. That’s why interval training is such an effective fat burner. With interval training, you do short periods of very high-intensity exercise you’re only able to sustain for short periods of time. During the recovery intervals, you clear some of the waste products that accumulated in your muscles out of circulation so you can “max out” again. During the high-intensity intervals, you greatly increase adrenalin release and fat breakdown. In addition, your adrenaline levels remain higher even after you’ve finished your workout. This partially accounts for the after-burn effect.

How Do Interval Training and Moderate-Intensity Exercise Compare?

In a study carried out in Australia, researchers asked obese women to perform 20 minutes of high-intensity interval training three times a week. The intervals consisted of 8 seconds of intense cycling followed by 12 seconds of light cycling to recover. This was repeated until the 20 minutes was up. A second group did 40 minutes of steady-state cardio at a light to moderate intensity three times a week. Neither group was asked to change their diet.

Which group fared best? Not the steady-state cardio group. They lost no fat. How about the interval training group? Despite spending half the amount of time exercising, they lost significant amounts of fat on their lower body, despite not changing their diet. Such is the power of interval training.

Other Benefits of High-Intensity Interval Training

There’s another way adrenaline-based high-intensity interval training helps with fat loss. Adrenaline has an appetite-suppressing effect. After all, adrenaline diverts blood away from your stomach and intestines and to your muscles so they have the oxygen they need to move! High-intensity exercise decreases the desire to eat for a variable period of time after a workout.

As you can see, high-intensity exercise maximizes fat burning by stimulating the release of more adrenaline. It also gives an after-burn effect, meaning your body has to continue to expend energy after your workout is over to recover. You can accomplish more in less time with high-intensity interval training. What’s not to love about that? So, maximize the adrenaline response when you train using interval training if you’re trying to lose body fat.

The Science of Adrenaline for Fat Loss”