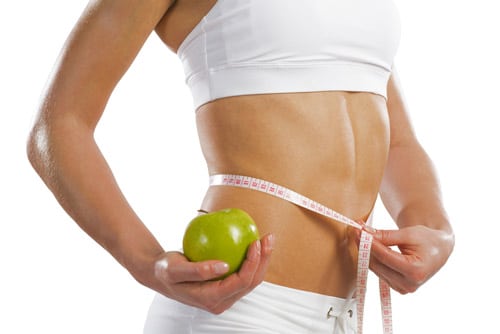 Did you know 30% of the population is not metabolically healthy and most don’t even know it? These men and women have a common condition called metabolic syndrome, a condition characterized by insulin resistance. In other words, their cells don’t respond well to the insulin their pancreas makes. This makes it harder to get glucose inside cells and puts extra pressure on the pancreas to produce more insulin to compensate.

Compensation works for a while, but eventually, the pancreas can tire out. That’s when blood sugars start to rise and insulin resistance turns into frank glucose intolerance or type 2 diabetes. What’s more worrisome is metabolic syndrome is linked with a higher risk of other health problems, including cardiovascular disease, stroke, some forms of cancer, and obesity.

As mentioned, you can have insulin resistance and not know it. You might think that insulin resistance is the domain of people who are significantly overweight or obese. However, normal weight and even thin people get it too, although it’s less common in leaner folks. Since you don’t typically have symptoms with metabolic syndrome, how do you know you have it? Five types of numbers offer insights into your metabolic health. Let’s see what they are.

With so much emphasis on BMI as a measure of health, you might be surprised to know BMI is not the best measure of metabolic health or health overall. That’s because BMI, or body mass index, tells you nothing about your body composition. For example, an athlete may have a BMI that falls into the overweight or obese range, yet have a low body fat percentage. That’s because their “mass” is mostly muscle and not fat. A better indicator of metabolic health is waist circumference.

It was almost 60 years ago that a French physician noted that men and women with large waistlines died earlier than people who carried their weight around the thighs. We now know that large waist size is linked with heart disease and type 2 diabetes. How large is too large? If you’re a woman, your waist size should be no wider than 35 inches. For men, no more than 40 inches. Unfortunately, most doctors don’t measure waist size and depend too much on BMI as a measure of health. However, you can determine your own waist size using a tape measure. Keep a record and see how it changes over time.

As mentioned BMI isn’t as accurate as it should be since it doesn’t take into account body composition, the quantity of muscle versus fat. Still, it’s important to include it since so many health care professionals use it. How inaccurate is it? In one study, researchers found half of the participants (over 40,000) classified as overweight or obese by BMI were actually metabolically healthy. Also, almost a third of participants who had a “healthy” BMI were metabolically unhealthy. Don’t assume because you have a normal BMI that you’re not insulin resistant. If your BMI is 25 kg/m2 or lower, it’s “normal,” but that doesn’t necessarily mean you’re metabolically healthy. BMI simply isn’t a reliable measure, especially in athletes.

If your blood pressure is trending upward, you might assume it’s “in your genes” since your parents or grandparents have it. Yet, if you have an elevated blood pressure along with two or more other abnormalities on this list, like a large waist size or fasting blood sugar, you would be classified as having insulin resistance. Take-home message: A rise in blood pressure can be a warning sign that your cells are becoming more resistant to insulin.

If you just get a fasting glucose level checked, it should be below 100 mg/dl. Once it rises beyond this level, you enter pre-diabetes territory and when it hits 126 mg/dl, you’re considered to be diabetic, assuming you have a value this high several times in a row.

Changes to the lipids circulating in your bloodstream may be another sign of insulin resistance and metabolic syndrome. In particular, a low HDL-cholesterol, under 45 mg/dl for men and 55 mg/dl for women, can be a sign of poor metabolic health. A rise in LDL-cholesterol is another potential marker that you’re losing insulin sensitivity. Normally, LDL-cholesterol should be less than 100 mg/dl. Finally, another lipid that circulates in your blood, triglycerides, are commonly abnormal when you have insulin resistance. A normal value is under 150 mg/dl.

While your doctor may place you on a statin to improve your lipid levels, you need to also know why your lipids are off. That’s where the previous four number come in. If two or more of these numbers are abnormal, you meet the criteria for insulin resistance.

These are important numbers to track, especially as you age. Fortunately, they’re easy to measure using blood tests, a scale, and a tape measure. Know your numbers! It’s important for your future health.

Consultant 360. “Study: BMI Not an Accurate Measure of Metabolic Health”