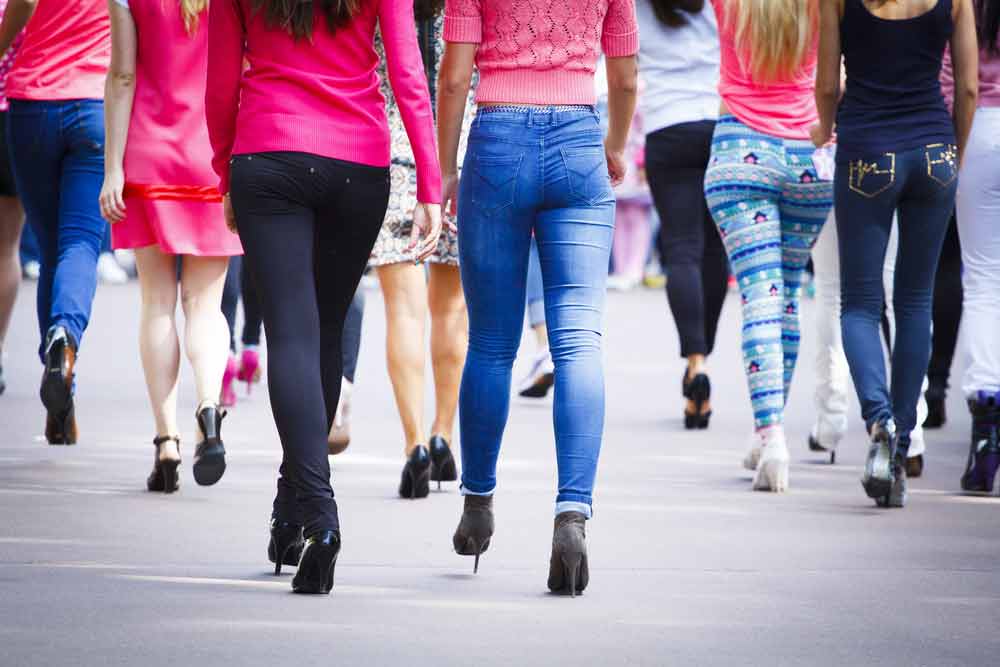 How fast do you walk – at a snail’s pace or is your walking speed faster than a lightning bolt? Do other people have a hard time keeping up with you? It matters. Having a bit more speed to your step could be a marker of better health and the potential for greater longevity. That’s good news if you naturally walk at a fast clip and not such good news if you amble along at a snail’s pace.

Gait Speed as a Health Marker

By now, you’re probably wondering, how fast is a brisk enough pace? The study found that walking at 0.8 meters per second was linked with average life expectancy while a pace of 1 meter per second and faster was correlated with enhanced survival. This refers to a person’s natural, self-selected walking pace, not a forced, hurried pace. We tend to select a walking speed that’s comfortable and move around that speed when doing our daily activities.

Could walking speed become the next marker for health and longevity? Healthcare professionals routinely measure parameters such as blood pressure, heart rate, cholesterol, but walking speed may provide as much information, if not more, than these other health markers. Maybe, when you visit your doctor for a physical, walking speed should be on the list of parameters they check. Unfortunately, there really isn’t a practical way to do that during a routine office visit.

Could the speed at which you walk say something about the health of your heart? Of interest is recent research showing a link between walking speed and the risk of developing cardiovascular disease. This study, published in the European Heart Journal, found that middle-aged adults who walked at a slower pace had double the risk of dying from heart disease relative to faster walkers. Yet another study found a link between blood pressure and walking speed. Individuals with high blood pressure tend to have slower walking speeds relative to those with normal blood pressure.

Because walking speed is influenced by so many systems, it’s a good marker of general health. You need a fair amount of stamina to walk quickly and this implies a relatively healthy cardiovascular system and lungs. It also requires relatively conditioned muscles and healthy joints. Plus, you need rapid input from the brain and spinal cord to maintain a fast pace as well as good. So, the ability to walk at a quick pace implies a certain level of brain health as well.

In fact, a decline in walking speed may be an early signal that all is not right with the brain. A study found that a small decline in gait speed, a reduction of 0.1 seconds or more over a year, was linked with a 47% greater risk of cognitive decline.

Speed Up Your Walking Speed and Live Longer?

You might wonder whether increasing your gait speed even if it’s not your natural tendency offers the same benefits. Maybe One study found that participants who boosted their walking speed over a 12-month period had better survival odds over an 8-year period than those who didn’t. We know that aerobic exercise is beneficial for many of the systems involved in walking at a brisk pace, including the cardiovascular system and brain. Exercise increases stamina as well, which can translate into a brisker walking speed.

Where walking speed may also be useful is to monitor for changes on a year to year basis. Just as health care professionals monitor changes in blood pressure, keeping tabs on walking speed could serve as an early alert system for changes in health status. Plus, studies show that slower walking speed may be a marker for another serious health condition, sarcopenia. As we age, we lose muscle strength and mass. Think of sarcopenia as being the muscle equivalent of osteoporosis. Both conditions increase the risk of falls, fractures, frailty, and general debility. The European Working Group of Sarcopenia in Older People is using gait speed as a marker for identifying older people with sarcopenia. Older people with a gait speed of less than 0.8 meters per second as a red flag for sarcopenia.

You probably didn’t know that your walking speed says so much about you! If you want to keep your pace brisk, make sure you’re conditioning your cardiovascular system with exercise that boosts your heart rate. In addition, make sure you’re avoiding the ravages of sarcopenia by doing regular strength training. We know that exercise is powerful medicine and may, in and of itself, promote longevity. So, stay physically active as you age and reap the many health benefits that moving your body consistently offers.