4 Reasons to Add More Raw Foods to Your Diet 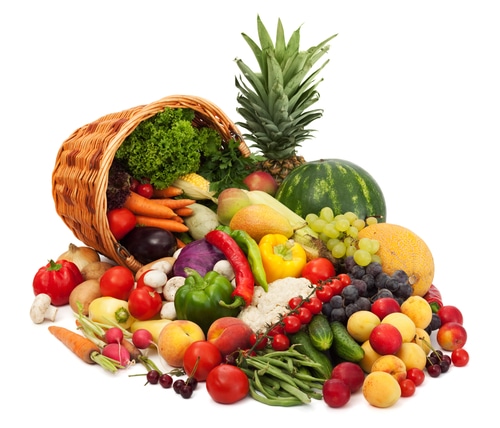 Before there were stoves, crockpots, and ovens to cook food, humans ate their food raw. Eating raw foods is nothing new, but recently many raw food zealots are loudly proclaiming the benefits of eating food in its natural, uncooked state. Raw foodists avoid eating any food that’s been heated above 116 degrees Fahrenheit. The raw food movement does have some science behind it. Some studies show that eating a diet of mostly raw foods reduces the risk of breast cancer, high blood pressure, and obesity. Even if you’re not ready to jump on the raw food bandwagon and eat a raw food diet, there are still some good reasons to add more raw foods to your diet.

Some Nutrients Are Destroyed by Cooking Food

Some foods lose some of their vitamin and antioxidant power when you heat them. Vitamin C is especially sensitive to heat, and vitamins A, E, and B1 are also partially destroyed by cooking. Vitamins A, C, and E are antioxidant vitamins so you may lose some of the antioxidant benefits of vegetables if you cook them. When you cook them in water, many of the nutrients are poured down the sink instead of doing good things for your body. On the other hand, the absorption of some nutrients is increased by cooking them. Two examples are the lycopenes in tomatoes and the carotenes in carrots.

Does Cooking Foods Cause Free Radicals to Form?

The other argument raw food zealots make is heating food to high temperatures causes some of the nutrients in foods to change in structure so that they form free radicals. Free radicals have the ability to damage other cells and cause changes that could lead to cancer. It’s not clear how much of a problem this actually is, but you don’t have to worry about it when you eat foods in their uncooked state.

Raw Food May Be Helpful for Weight Loss

When you eat raw fruits and vegetables, you’re getting the benefits of their high water content, which helps to suppress appetite. When you cook fruits and vegetables you reduce their water content and usually add a high-calorie sauce. This means you take in more calories. People who switch to eating mostly raw foods often have an easier time controlling their weight.

When you grill or cook meats to high temperatures, they form cancer-causing compounds called heterocyclic amines. When you grill, fry, roast or bake foods that contain the amino acid asparagine in the absence of water it produces compounds called acrylamides that are potentially carcinogenic. Acrylamides are found in some cereals, cookies, bread, snack products and are formed when potatoes and some vegetables are roasted, baked or grilled. Raw foods are free of acrylamide and HCA.

Raw Foods Are Good in Moderation

Eating raw fruits and vegetables has health benefits, but eating raw meat or dairy products may put you at risk for food poisoning. One study showed that people who eat raw food diets have lower bone densities. They’re also at higher risk of being deficient in iron, zinc, vitamin B12 and calcium.

You don’t have to become a hardcore raw vegan to get the health benefits of a raw food diet. Simply replace some of the cooked foods in your diet with salads, raw nuts and seeds or enjoy a smoothie made from raw fruits and vegetables. You’ll get some of the benefits of a raw food diet without the risk of being deficient in critical vitamins and nutrients such as vitamin B12. Eating raw veggies and fruits can also help you control your weight.

Can a Raw Food Diet Help You Lose Weight?

The Healthy Food You Should Never Eat Raw

6 Foods You Should Always Cook