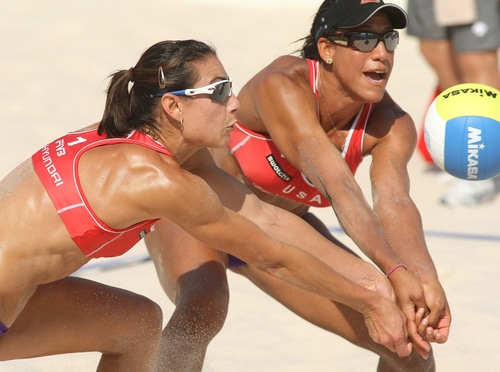 Good nutrition is important for everyone, especially athletes and people who work out regularly. Depending upon the sport, some athletes don’t consume enough calories because they want to keep their weight down. This is especially true for females who want to keep their body fat low. Unfortunately, this can lead to poor exercise performance and health problems. That’s why good nutrition should be a priority for every female athlete. Here are three mineral deficiencies that female athletes are most susceptible to.

Iron deficiency tops the list of mineral deficiencies that young female athletes are most susceptible to. Low iron levels are even more common in females who eat a vegetarian diet and those who eat too few calories since iron is more easily absorbed from meat than from plant sources. Iron deficiency is so common among young females because they lose iron through menstrual bleeding. In addition, athletes lose small amounts of iron through sweat and through their digestive tract during training.

Runners also damage red blood cells when their feet repeatedly strike the ground, a phenomenon called foot strike hemolysis. This can all contribute to low iron levels. Athletes who have iron deficiency anemia usually have poor exercise performance due to fatigue and the inability to carry as much oxygen to muscles and tissues. That’s why it’s a good idea for female athletes to get blood tests done every six months to determine their iron status, especially if they have heavy menstrual periods or eat a vegetarian diet.

Calcium is the most abundant mineral in the body and one that’s critical for maintaining bone density. Vitamin D aids in the absorption of calcium, so it’s another important nutrient for bone health. Depending upon age, females need between 1,000 to 1,300 milligrams of calcium a day. Getting this amount may be a challenge, especially for female athletes who diet or don’t eat dairy products.

Whether calcium supplementation is a good alternative is under debate. Some preliminary research shows that supplemental calcium may increase the risk of heart disease. That’s why it’s best to get calcium naturally through food sources. Some non-dairy sources of calcium include canned salmon with the bones (185 mg), rhubarb (174 mg), spinach (138 mg), tofu (130 mg) and almonds (92 mg). Female athletes need to plan their diet carefully to get enough calcium to maintain healthy bones.

Zinc contributes to more than 300 chemical reactions in the body. It’s important for growth, wound healing, sexual function and for taste and smell. Low zinc levels can cause menstrual irregularities in women. Vegetarian athletes are at higher risk for zinc deficiency since zinc is most abundant in animal products, especially poultry, red meat, and oysters. Non-meat sources include pecans, peanuts, walnuts, wheat germ, and eggs.

What about zinc supplements? Zinc is another example of a mineral that it’s best to get through diet. Zinc supplements can interfere with copper absorption, which can lead to anemia. Females need between 8 and 9 milligrams of zinc daily. Most poultry and red meat have between 4 and 5 milligrams of zinc, so meat eaters should have no problem meeting their zinc requirement. The best non-meat source of zinc is wheat germ. A quarter cup of wheat germ contains 4.7 milligrams of this critical mineral. Active women would do well to add wheat germ to their cereal in the morning to help boost their zinc intake.

These three minerals are critical for good health. That’s why it’s important for all athletes to make sure they’re getting enough foods that contain their minerals in their diet.

Do You Need a Mineral Supplement if You Work Out?