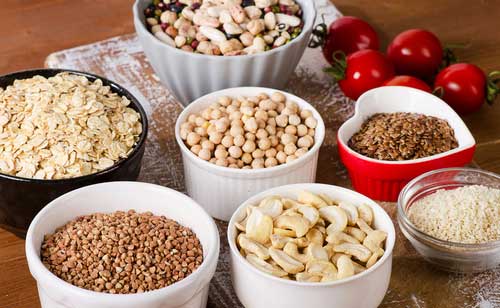 Your body is a finely tuned machine that needs the power of good nutrition to function properly. Your body derives energy from three macronutrients – carbohydrates, fat, and protein. Yet to run the chemical reactions that produce ATP, your body’s energy currency, from the foods you eat, you also need micronutrients in the form of vitamins and minerals.

You’re probably familiar with many of the vitamins and minerals you need for good health. These, your body needs but can’t make in sufficient quantity. Some of these micronutrients you only require in very small amounts. These are sometimes referred to as trace minerals. Copper in your diet falls into this category. Because it doesn’t garner as much attention as minerals like calcium and magnesium, you might think it’s not important. Not so – you need sources of copper in your diet to survive. It just doesn’t get the attention that other vitamins and minerals do.

Despite copper’s lack of glitz and glamour, researchers at a Berkeley Lab at the University of California at Berkeley are excited about copper. No, we’re not talking about the metal on a big scale, copper that goes into making copper bracelets and copper cookware but the nutrient copper. Based on new evidence, researchers believe copper in your diet plays a key role in fat metabolism.

Why You Need Copper in Your Diet

You might wonder what role copper plays in your body. You need it to:

Build collagen, the protein that supports your joints and skin

Make red blood cells through its impact on iron metabolism

Act as an antioxidant

If you were to develop a copper deficiency, the first sign would likely have would be iron deficiency anemia since copper is important for iron metabolism and for making red blood cells. You also need copper to make white blood cells that act as immune cells. Therefore, a copper deficiency could also lead to an increased risk of infection. But could low levels of copper have other consequences as well?

Just recently, researchers at Berkeley discovered that fat cells need copper to break down fat so cells can use it for energy, a process called lipolysis. Based on research they carried out in mice, they believe copper is an essential element that helps regulate fat breakdown. If you have low levels of copper, it would potentially reduce fat metabolism or breakdown and lead to undesirable consequences, like obesity or fat deposits in areas like the liver.

To explore this idea, they studied mice who have an inherited mutation that causes abnormal amounts of copper to build up. This mutation is similar to a disease in humans called Wilson’s disease. Humans who have Wilson’s disease can’t easily eliminate copper from their body. As a result, it builds up in their liver, brain, kidneys, and eyes. Many end up developing liver failure as a result. Fortunately, there are medications that bind to the excess copper, giving people with this condition the ability to survive.

Working with mice that have the gene mutation that causes them to store excess copper, researchers were able to identify the likely mechanism by which copper regulates fat metabolism. Copper binds to an enzyme called PDE3. This enzyme influences the activity of a key messenger molecule involved in fat metabolism called cAMP, also known as cyclic AMP. cAMP plays an essential role in fat and carbohydrate metabolism.

For example, when you do aerobic exercise, epinephrine released in response to the stress of exercise binds to the outside of a cell. This activates cAMP and through a cascade of reactions leads to the breakdown of glucose and fat to supply fuel for exercise. This also happens when you haven’t eaten in a while. Not having a proper copper balance in your body could disrupt this process, leading to increased fat storage. That’s another reason you want enough copper in your diet.

What Are the Best Sources of Copper?

One of the best sources of copper is organ meats, like beef liver, and shellfish. Yet, you can get sufficient copper by eating seeds, nuts, beans, lentils, dried fruits, potatoes, and green, leafy vegetables. You need around 700 micrograms of copper a day. Although it’s important to get enough copper in your diet, taking a copper supplement isn’t a good idea.

Why not take a copper supplement? If you consume too much copper, it interferes with the absorption of other minerals, particularly zinc. Consuming too much, in the form of supplements, can lead to copper being deposited in organs like your liver, kidney, and brain and this can interfere with their function. As with most things to do with nutrition – moderation is key.

At the other end of the spectrum, taking vitamin C in high doses can reduce your body’s ability to absorb copper from the foods you eat. That’s why mega-doses of vitamin C aren’t a good idea. As you can see, taking too much of one vitamin or mineral can impact the level of another. For example, too much zinc or too much copper can reduce absorption of the other and, potentially create a deficiency. At one time, denture adhesives contained significant quantities of zinc. Unfortunately, some people using these creams developed a copper deficiency as a result – some with serious consequences. It’s all about keeping things balanced.

Although you don’t need large quantities of copper to meet your body’s requirements, copper may play an underappreciated role in fat metabolism and fat burning. As you might expect, researchers are now wondering whether this knowledge can help them develop a strategy to fight obesity.

The take-home message? If you’re trying to lose weight, eat a balanced diet with foods that contain copper, like nuts, seeds, beans, and leafy vegetables but don’t go overboard and take supplements. Research, so far, is in mice and no one knows what the optimal amount of copper is to promote fat loss. Hopefully, further research will clarify this issue.