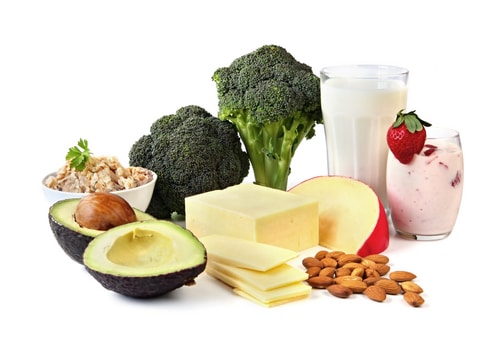 Most people who eat a varied diet get enough trace minerals through diet, although vegetarians may have low levels of iron or zinc since they’re absorbed best from animal products. Selenium deficiency is also not common in areas where the soil is deficient in this mineral. People who reduce their salt intake to very low levels are t risk for iodine deficiency since the number one dietary source of iodine is iodized salt.

The Impact of Exercise on Trace Minerals

Trace minerals can get out of balance when you exercise, especially in a hot or humid environment. Strenuous exercise can alter levels of some trace minerals in your body, in particular, zinc, copper, and chromium. You lose these minerals through urine and sweat so working out in a hot environment increases their loss.

The amount of zinc and copper you lose through sweat can be significant. For most people who eat a balanced diet, this isn’t a problem. You’ll quickly replace these minerals through diet since you only need a small amount. On the other hand, if you eat a mostly plant-based diet or eat a low-calorie diet too much, you could end up marginally deficient in these minerals.

Why Is It Important to Get Enough Trace Minerals?

Despite the fact that you only need trace minerals in limited quantities, they play a critical role in health. Zinc is required for a number of reactions involving cell growth and tissue repair. It helps to keep your immune system healthy and is important for wound healing and fertility.

Copper is involved in iron metabolism and formation of red blood cells and collagen. Low levels can lead to anemia, loss of bone density and changes in nerve function. Chromium is vital for protein synthesis, carbohydrate metabolism and helps to boost insulin sensitivity and regulate glucose levels.

Because exercise causes some loss of trace minerals, researchers have tried giving athletes trace mineral supplements to see if it would boost performance or improve their body composition. When football players who lifted weights took chromium picolinate supplements, it failed to increase their strength or change their body composition in any way.

Supplementing athletes with zinc has also not shown consistent benefits although in one study it increased testosterone levels in men – but there’s no compelling evidence that zinc supplements boost strength or endurance performance. Zinc may not have ergogenic effects but even marginal deficiencies put you at risk for colds and infections since zinc is important for a healthy immune system.

Why You Should Get Trace Minerals through Diet Not Supplements

What about chromium? At one time, chromium supplements, combined with picolinate to increase absorption, were popular among bodybuilders after a study showed they increased fat loss More recent studies have found no link between chromium picolinate supplements and changes in body composition or strength. Being deficient in chromium can worsen glucose control in diabetics and insulin resistance in people with metabolic syndrome, but you’re probably not going to lose enough chromium in your urine and sweat to justify supplementing.

How can you get enough zinc, copper, and chromium through diet? The best sources of zinc are animal-based protein sources like beef, pork, and chicken. You can also get smaller amounts from nuts, seeds, whole grains, legumes, and dairy foods. If you exercise and eat a vegetarian or vegan diet, you’ll need to get zinc from nuts and whole grains. Wheat germ is a good vegetarian source of zinc. Add it to your whole grain breakfast cereal for a meat-free source of zinc.

Copper is abundant in beef, organ meats, and shellfish but sesame seeds nuts, whole grains, and lentils are good sources too. How about chromium? Eating meat, egg yolks and whole-grain foods will provide you with the most chromium although some vegetables like broccoli contain substantial amounts. Again, whole grain foods are an important source of trace minerals for people who eat a plant-based diet.

Trace minerals are vital for health and you do lose some when you exercise through sweat and urine. This is unlikely to be a problem if you eat a varied diet with an appropriate number of calories. If you’re vegetarian or vegan, you’ll need to make a focused effort to get enough trace minerals in your diet by eating more nuts, seeds, and whole grain foods.

We haven’t focused on iron as much but pre-menopausal women who work out are at greater risk for iron deficiency. If you fall into this category, ask your doctor to monitor your iron level, especially if you are vegetarian or do strenuous exercise.