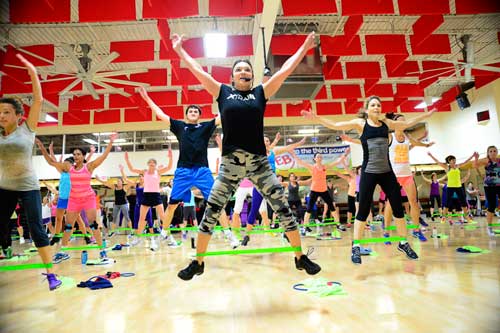 Both men and women lose muscle mass with age. Muscle mass begins to decline after the age of 30. Men and women who are inactive lose as much as 3 to 5% of their muscle mass each decade after the big 30. Loss of muscle mass isn’t just a cosmetic problem. When you lose muscle tissue and strength, you’re at greater risk for falls, injuries, and accidents. That’s why sarcopenia, the age-related loss of muscle, is now recognized as a major health issue.

Although men and women both lose muscle mass with age, women may have an easier time avoiding sarcopenia than men once they reach a certain age. Some studies reveal women lose lean body mass more slowly than men later in life. For example, a study in the 1970s showed between the ages of 25 and 65, the average woman loses about 11 pounds of muscle while the average male loses more than twice as much. Of course, these are men and women who haven’t resistance trained to help preserve the muscle they have. The question is why do men naturally lose more muscle mass than women as they grow older?

Men and Women Respond Differently to a Protein Meal

A study published in PLOS One looked at the issue of gender and loss of muscle due to aging. Researchers used muscle biopsies, protein drinks and intravenous infusions of amino acids to see how men and women age 65 and over responded to protein intake. Each participant was asked to drink a protein drink after undergoing a muscle biopsy. The muscle biopsy was repeated after each participant had finished their drink.

The picture isn’t as rosy as it sounds for women. Women have less lean body mass than men to begin with. As a result, they can’t afford to lose a lot. That’s why strength training and getting enough dietary protein is so essential. One thing this study points out is older women get less muscle protein synthesis in response to what they eat. The results of this study show older women may need to consume more protein as they get older to make up for greater difficulty in assimilating dietary protein into muscle tissue. Older women may also need to consume more protein throughout the day.

Research suggests muscles become less responsive to anabolic stimuli, including dietary protein and resistance training, with age. This phenomenon is called anabolic resistance. As a result, women need to consume more protein and train using heavy resistance to maximally preserve lean body mass after the age of 65. Unfortunately, some women still subscribe to the myth that lifting heavy weights will make them bulky, but maximizing muscle mass becomes even more essential as the years go by.

Most studies suggest muscle loss with aging is related to problems synthesizing muscle proteins. Why might this be? Older people may have more problems breaking digesting and absorbing dietary amino acids. Insulin resistance and hormonal issues may also be a factor. Studies also show a lack of physical activity contributes to anabolic resistance.

Interestingly, a study showed being physically active prior to eating a protein meal improved muscle protein synthesis. This isn’t surprising since exercise improves insulin sensitivity and uptake of amino acids into muscle cells.

Maintaining Muscle: What Does This Mean?

Maintaining muscle mass is vital for healthy aging. The main reason women (and men) become less functional and prone towards injury is they lose power and strength. Maintaining a healthy amount of muscle tissue requires enough protein and resistance training using adequate resistance to promote muscle growth. Anabolic resistance becomes a problem for women once they reach their 60s. Therefore, most women need to consume protein regularly throughout the day and have a protein snack within 30 minutes of completing a resistance training workout. Thirty minutes to an hour after a workout is when anabolic resistance is least. Whey protein is the most rapidly absorbed and may offer benefits over soy and casein, especially for older women with anabolic resistance.

Don’t underestimate the importance of diet for muscle growth. Make sure you’re getting enough protein AND progressively challenging your muscles when you work out.

What Role Does Mechanical Tension Play in Muscle Hypertrophy?