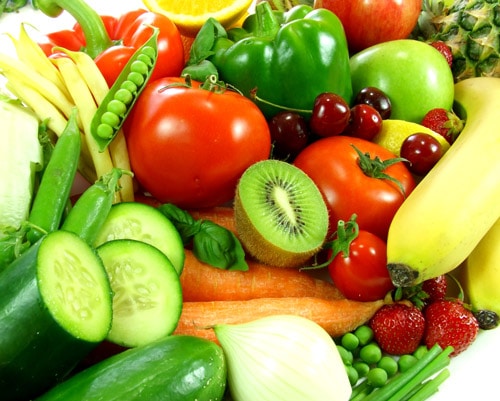 What’s not to love about vegetables? When you bite into a piece of produce, you get a mouthful of vitamins, minerals, and natural chemicals that have other health benefits. No doubt, veggies, and fruits are nutritionally dense and low in calories, yet they don’t pack as much nutritional punch as they once did. In fact, a study by IFR Extra showed that vegetables lose as much as 45% of their nutritional content between the time of harvest and when they reach the local supermarket.

Which Nutrients Are Most Likely to Be Lost?

One of the most unstable nutrients in fruits & vegetables is vitamin C. This antioxidant vitamin that’s important for immune health and collagen production is easily degraded by exposure to light, air, or heat. Vitamin C loss is an ongoing problem since there’s no easy way to protect fresh produce from light and air. Plus, when you finally cook it, you destroy even more of the vitamin C. Despite the relatively high vitamin C content, vegetables aren’t a reliable source of vitamin C due to cooking-related losses. Fruits are a better source since you typically eat them raw. Vitamin C, vitamin A, and B-vitamins are the most sensitive to heat degradation.

How to Maximize the Nutritional Value of Fruits & Vegetables

One way to maximize the nutritional content of the veggies and fruits you eat is to buy local. That’s because local produce doesn’t travel as far to reach you. Therefore, there’s less time for nutrients to be lost. If you can’t buy local, don’t buy more than you can use within a few days, unless you plan on freezing it. The longer you store produce before using it, the greater the nutrient loss will be. You may have to visit the supermarket more often but you’ll be rewarded with fruits & vegetables that are more nutrient dense.

Another option is to buy frozen fruits & vegetables. Since they’re harvested and frozen at their peak of freshness, you don’t get the same nutrient loss that you get with produce that set around for days. Once you freeze a fruit or vegetable, the nutrition is locked in. However, frozen broccoli lacks one benefit that fresh broccoli offers. When you buy frozen broccoli, it’s typically blanched before freezing. This destroys an important enzyme called myrosinase. It’s this enzyme that activates some of the anti-cancer compounds that make broccoli such a powerhouse of health benefits. To preserve this myrosinase, eat fresh broccoli raw or very lightly steamed.

How you store a piece of produce impacts its nutrient content. For example, researchers at Penn State University found that storing spinach at 39 degrees F. preserves more of its carotenoids and folate than storing it at higher temperatures. That’s why the veggie crisper inside your refrigerator is the best place to keep most vegetables. Also, when you store veggies, use a method that preserves their moisture content. Veggies lose their nutritional value faster in a dry environment.

Don’t pre-chop fruits & vegetables and store them until you’re ready to use them. When you cut or chop produce, you create a greater surface area for nutrient loss. Prep just before using them. If you have pre-chopped vegetables, keep them covered to reduce the loss of vitamin C. Another practice to avoid is soaking vegetables in water before cooking or eating them. Some people do this in hopes of removing pesticide residues, but you also strip away B vitamins and vitamin C. Wash produce thoroughly but do it by holding the produce under the spigot. If you’re concerned about pesticides, buy organic produce, especially the “dirty dozen,” the most heavily sprayed fruits and vegetables.

When you’re ready to prepare produce, expect further vitamin loss if you use improper cooking techniques. Boiling is the absolute worst prep method since you’re sending water-soluble nutrient, like B vitamins, out into the water. Better methods are to steam, roast, saute, or even microwave using a small amount of water. Finally, don’t throw out the stems, skins, and outer leaves of produce. These contain nutrients too. With fruits, much of the fiber is in the outer skin or peel. If you’re using the outer skin, choose organic as often as possible.

Sadly, fruits and vegetables aren’t as nutritious as they used to be, even when they’re fresh from the farm. A study conducted by the U.S. Department of Agriculture compared the nutritional content of 43 fruits & vegetables today to produce from 1950. It showed a significant decline in nutritional value, both in terms of vitamins and minerals and protein. These changes are partially due to soil depletion as well as food growers taking steps to grow plant-based foods more quickly. When food crops grow too fast, their growth rate exceeds their ability to take up nutrients. Shockingly, one study showed you’d have to eight oranges to get the same amount of vitamin A that you would have gotten 50 years ago.

fruits & vegetables, especially leafy greens and berries, are among the most nutrient dense foods you can eat. However, many vegetables and fruits aren’t as nutrient-rich as they used to be. Limit further nutrient loss by not storing v for more than a day or two. If you have to store them longer, buy frozen produce or keep it in the refrigerator. Don’t use cooking methods that deplete nutrients, like boiling. Finally, don’t count on vegetables to be a reliable source of vitamin C. Cooking them may destroy most of the vitamin C that remains after transport and storage. Most importantly, eat a variety of fruits and vegetables, both raw and cooked, for good health.

Are You Getting Enough Potassium? Chances Are, You’re Not

How Many Servings of Fruits and Vegetables SHOULD You Be Eating?

What Are Phytochemicals and What Role Do They Play in Health?