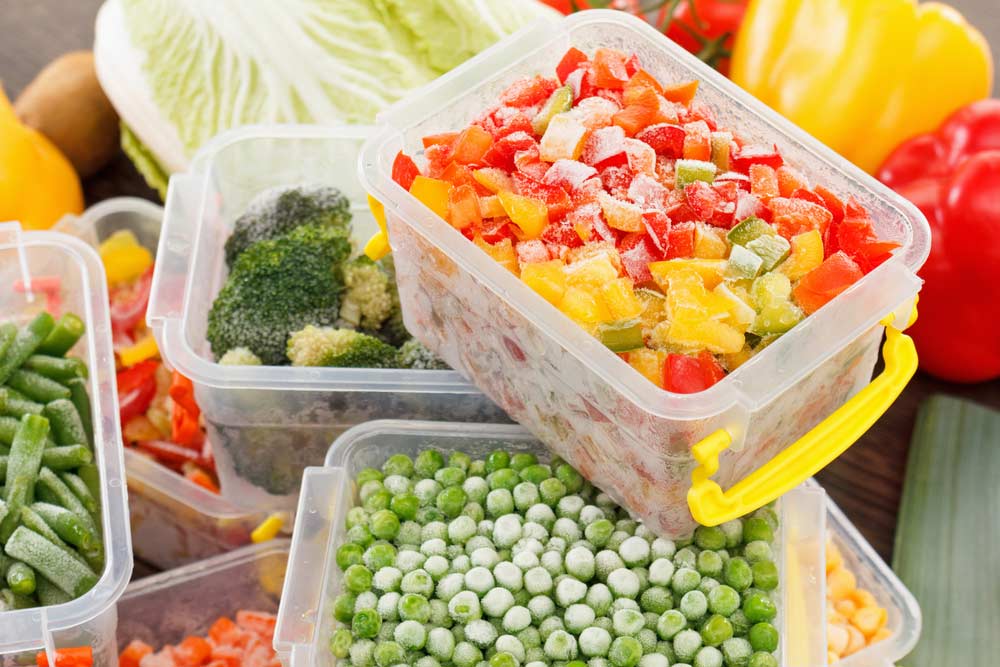 No matter how you look at it, Americans don’t eat enough vegetables. You probably aren’t surprised to hear this, but you might raise your eyebrows when you hear the extent of the problem.  Shockingly, only 9% of people in the United States consume two to three cups of vegetables daily, the currently recommended amount, although some experts believe we should eat even more. The data is from the Centers for Disease Control and Prevention, an organization that focuses on health and disease prevention. Americans are a bit better with fruit consumption. Around 12% of people get the recommended quantity of fruit. So, we’re falling short on both, but the shortfall is greatest with vegetables.

Why are so few people meeting their veggie quota? Some folks readily admit they don’t like the taste of vegetables. Others point out that they’re hard to come by at restaurants and at prepared food sections of grocery stores and they simply don’t have time to prep them. It’s true that fresh produce takes time to wash, trim, and chop into smaller pieces, but there’s another alternative – frozen and canned vegetables, an option where some of the work is already done for you.  It’s certainly not hard to open a package or can and pop veggies into a microwave. Add a healthy sauce, like marinara, to make them more taste worthy and veggies are served. Frozen and canned veggies really are more convenient – but are they as nutritious as their fresh counterparts?

In a study published in the journal Lifestyle Medicine, researchers scored eight canned, frozen, and fresh vegetables in terms of their nutrients per calorie. They used data from the U.S. Department of Agriculture’s Economic Research Service. When they calculated the nutrient scores, the values were similar across each type – fresh, frozen, and canned. However, when they tested fruits, some of the canned selections were slightly lower than fresh from a nutritional standpoint. But, as this analysis suggests, the nutritional value of veggies stays fairly consistent even when canned or frozen.

Some studies even suggest that frozen vegetables are more nutritious than fresh ones. Why might this be? Fresh produce often sets for periods of time after harvest. It has to be picked and transported, sometimes for long distances, to a supermarket. At the supermarket, the veggies are exposed to light and time. During this time, veggies can lose a substantial amount of vitamin C. Some B-vitamins, particularly folate and riboflavin, are also destroyed by heat and light.

What gives frozen veggies an advantage? Frozen produce is flash-frozen right after harvest and this locks in its nutritional value and stops the loss of key vitamins. A report discussed in The Telegraph revealed that frozen vegetables contain up to 45% more nutrients relative to fresh ones. However, this contradicts the study in Lifestyle Medicine suggesting that the two are similar. However, they only looked at eight vegetables. Based on current findings. we can say that frozen vegetables are at least as nutritious as fresh and maybe more so. If you factor in the convenience factor and if buying frozen vegetables means you’ll actually eat them, then choose frozen!

One exception to frozen vegetables having similar health benefits is broccoli. Frozen broccoli contains substantially less myrosinase, an enzyme that converts glucosinolates in broccoli to sulforaphane, compounds with anti-cancer activity. Without myrosinase, you won’t get the full anti-cancer benefits that broccoli offers. However, you can make up for it by sprinkling broccoli sprouts on your frozen broccoli since broccoli sprouts are a concentrated source of myrosinase. The other option is to eat fresh broccoli, preferably raw, as cooking destroys some of the myrosinase.

What about Canned Vegetables?

Of the eight vegetables, the study in Lifestyle Medicine analyzed, canned was as nutritious as frozen and fresh. However, this may not be true for all canned vegetables and for all canned vegetable brands. Some canned vegetables are processed in a way that breaks down a portion of their healthful components. For example, some vegetables, like leafy greens and beets, contain natural compounds called nitrates that boost production of nitric oxide by blood vessels. Nitric oxide improves how the vessels function and help to lower blood pressure. Certain types of processing destroy nitrates.

Another concern with canned vegetables is the can they’re packaged in. Most cans are still lined with a polymer called bisphenol-A, or BPA. Studies in animals have linked BPA with hormonal disruption, infertility, and a heightened risk of cancer. When food sets in a BPA-lined can, some of the BPA can leach out into the food. The risk is higher if you stored canned vegetables for long periods of time, especially in a warm environment. Plus, acidic vegetables, like canned tomatoes, make it easier for BPA to leech from the can. So, this is another consideration when you’re deciding whether to buy fresh, frozen, or canned.

In general, canned and frozen vegetables contain at least as much nutritional value as fresh and, in some cases, more. However, certain types of processing can destroy key components, like nitrates, in canned vegetables. The BPA lining of the cans may be a health concern as well. If you like the convenience that ready-to-cook veggies offer, frozen is probably your best bet, although you might want to stick to fresh broccoli due to lower levels of myrosinase in frozen broccoli. Ultimately, what’s most important is the form you’re most willing to eat. If frozen veggies help you get produce on the table faster, keep some in stock. They last longer than fresh produce as well and you’ll also enjoy the fact that they’re cheaper. Find a cookbook that shows you creative ways to cook frozen veggies and maximize their taste appeal – then enjoy!

Veggie Trends: How Many People Really Eat Their Vegetables?

5 Types of Frozen Vegetables That Can Improve Your Health