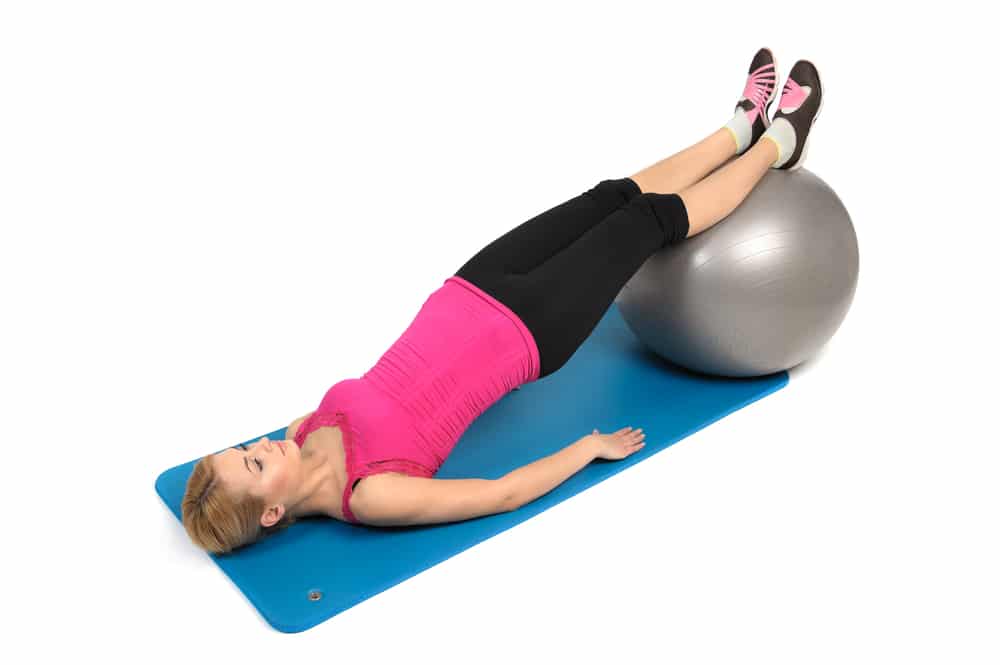 Hamstring Strength – How strong are your hamstrings? It matters, especially if you play any type of sport that involves running. That’s because strong hamstrings help you run faster as well as decelerate and change directions when you run. If you’re female, your hamstrings probably need more attention than you’re currently giving them. That’s because women tend to be quad dominant, meaning their quads are stronger and more developed than their hamstrings. As you probably know, that type of muscle imbalance increases the risk of injury.

Hamstring Strength: The Muscles that Make Up Your Thighs

As you know, the quads are the muscles located on the front of the thighs. These muscles include the vastus medialis, vastus lateralis, vastus intermedius, and the rectus femoris. These muscles are responsible for extending or straightening the knee and flexing the leg forward. In contrast, the hamstrings are in the back of the thigh and include semitendinosus, semimembranosus, and biceps femoris muscles. These muscles flex the knees and extend your legs behind you. The quads and hamstrings are opposing muscles. When one group is stronger and more developed than the other, it creates a muscle imbalance. This imbalance throws your form off when you do other exercises and can lead to an injury.

Did you know women have a 2 to 10 times greater risk of developing a knee injury? That’s because quad dominance and weak hamstrings create an uneven force on the anterior cruciate ligament, ACL, the ligament in the front that stabilizes your knee and helps hold it in alignment. When forces on the ACL are unbalanced, the ligament can tear, leading to a serious injury that, in the worst case, may require surgery. In fact, ACL tears have ended the careers of many an athlete. When you do movements that require you to change positions quickly, it places stress on your ACLs. This force increases the risk of a tear if there’s a muscle imbalance. So, strong hamstrings lower the risk of knee injuries and will help you run faster and remain injury free.

Hamstring Strength: What Are the Best Exercises?

Now, you know why it’s important to keep those hammies strong, as strong as your quads. What exercises should you be doing to help your hamstrings catch up with your quads?

A study published in the Journal of Strength and Conditioning Research looked at this issue. What they found was a combination of Romanian deadlifts and glute-hamstring raises effectively activated all the muscles that make up the hamstrings. Plus, they work the hammies in a complementary manner to target the entire muscle group. So, these are two exercises you definitely want to include in your hamstring strengthening routine.

Other exercises that work the hamstring muscles effectively include sumo deadlifts, hamstring curls, and “good mornings.” Don’t ditch the squats though. Instead, increase the activation of your hamstrings when you squat by doing box squats and doing wide-stance squats. Both will shift the focus more toward your hamstrings and glutes.

Another way to recruit the hamstrings more when you squat is to go deeper into the squat, using good form, of course. It’s the eccentric, or lowering, phase of the squat that hits the hamstrings hardest. Slow down the pace of your descent and keep the hamstrings under tension longer.

Hamstring Strength: Structure Your Workout to Place More Emphasis on the Hamstrings

If you normally do squats and lunges first, reorder your workout so that you start with hamstring dominant exercises, like Romanian deadlifts and glute-hamstring raises. Doing this will allow you to maximize the benefits of hamstring dominant moves because your muscles won’t be already fatigued from doing lunges and squats. In general, it’s better to work the weaker muscles that need more work first while you’re still fresh.

Don’t focus so much on squats and lunges that you neglect exercises that target the hamstrings more, like Romanian deadlifts and glute-hamstring raises. When you squat, do a few sets with a wide stance to place more emphasis on your hamstrings. When performing front and back squats, keep your spine neutral and don’t let your knees move forward during the movement. This makes the move even more quad dominant. Also, don’t forget that the hamstrings are made up of a predominance of fast-twitch fibers, so you’ll get the most benefits if you use heavy resistance – but make sure that you master your form before increasing the weight.

Squats may still be the king of lower body moves but you shouldn’t focus solely on squats. Add a few hamstring focused exercises to your routine to create more balance and correct any imbalances between your quads and hamstrings. A well-rounded, balanced lower body workout will also help you get more hamstring definition, which looks fantastic when you wear a pair of shorts!

How Flexible Are Your Quadriceps? Why It Matters

Are Ankle and Hip Mobility Issues Making It Harder for You to Squat?

Front vs Back Lunges: What Are the Advantages of Each?

Are You Making These Common Lunge Mistakes?