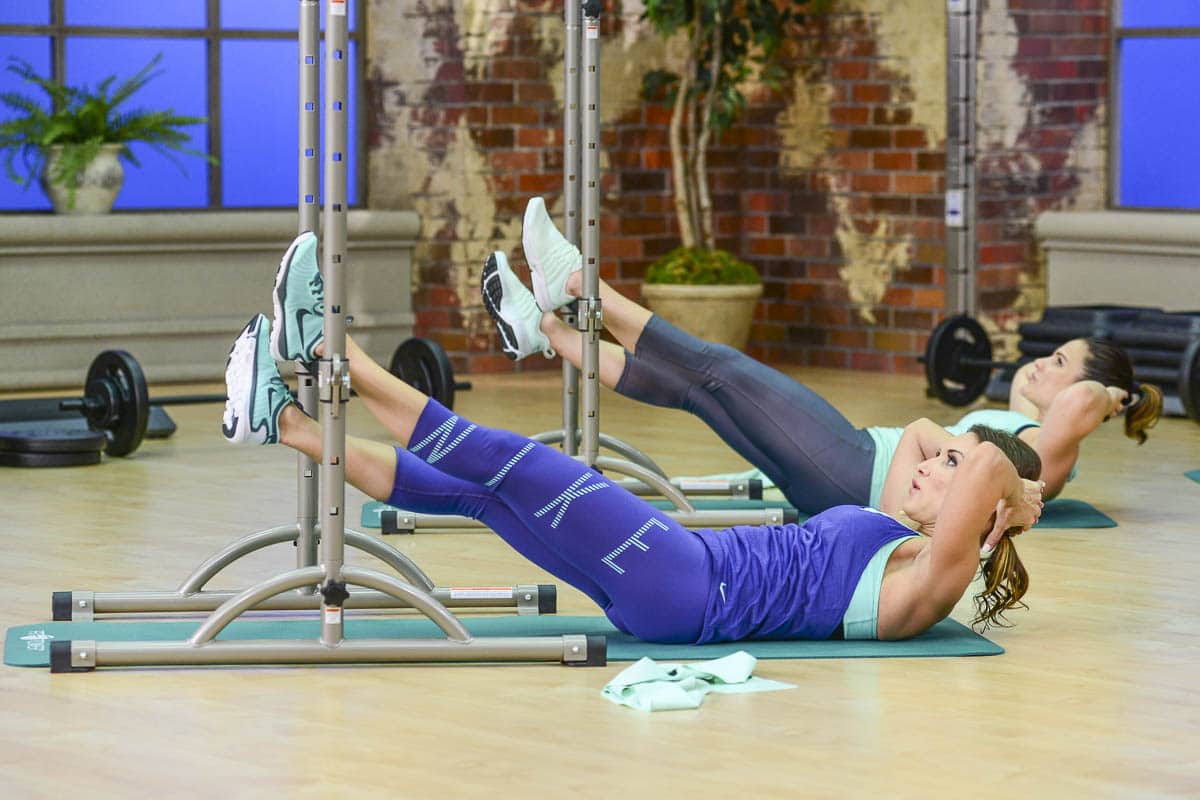 Getting firm, defined abs isn’t easy, especially for females. It takes focused exercise to hypertrophy the ab muscles as well as fat loss to unveil the muscles you’ve developed to show. Plus, it takes patience, dedication, and the right exercises to get those ab muscles to show through.

When you work your abs, you probably do a variety of ab-focused exercises, including crunches. Crunches are a classic abdominal exercise. Straight crunches target primarily the rectus abdominis while oblique crunches hone in on the oblique muscles that run down each side of your abdomen.

One of the variables you can adjust when you do abdominal crunches is rep speed, the time it takes to complete a full repetition. You might think that using a slow rep speed is best for working the ab muscles since slow reps limit momentum, however, a study published in the Journal of Strength and Conditioning Research calls this idea into question.

In the study, researchers measured muscle activation of the abdominal muscles while participants did crunches at various rep speeds. The speeds they measured were 4 seconds, 2 seconds, 1.5 seconds, 1 second, and as quickly as possible. They used EMG to determine to what degree the rectus abdominis, internal obliques, external obliques, and the erector spinae muscles were activated. Surprisingly, they found that activation of all of the muscles was augmented as the rep speed increased.

The muscles that got the greatest boost were the external obliques. The obliques received very little stimulation at slow speeds but activation increased by more than 6 times at the highest rep speed. So, if you’re trying to target your obliques and rectus abdominis muscles in a single exercise, high-speed crunches might be the way to go.

Before boosting the speed of all of your crunches, keep in mind that at higher speeds, form can suffer. Who can do a decent crunch with the movement lasting less than a second? A better idea is to vary the rep speed with which you do crunches. Some days, use a slower rep speed and other days, kick it up a notch. Slowing down and speeding up the movement varies the stimulus you place on the muscle and a little variety keeps your muscles guessing. Yet, you might want to rethink the idea that slow is always better.

Faster rep speeds also seem to work for other exercises as well. One study that focused on men and bench pressing found that using a faster rep speed (1.5 seconds for a rep) versus a slow one (6 seconds per rep) led to greater gains in strength. But here’s the caveat. The men also experienced more muscle fatigue and needed more time to recover.

Back to abs. When you’re trying to build abs, don’t focus so much on crunches that you don’t do a balanced workout. Researchers from San Diego State University and the American Council on Exercise got together to test the effectiveness of 13 common abdominal exercises. Here’s what they came up with for the rectus abdominis (listed in order of effectiveness):

As you can see, the traditional crunch didn’t rank very highly. Bicycle crunches are a better option.

How about the obliques? Here are the rankings for oblique muscle activation:

6. Crunch on an exercise ball

Notice that bicycle crunches rank highly for both the rectus abdominis muscles AND the obliques. This is a move you definitely want to include in your ab routine. The key to getting the best results is to lift your shoulder blades off of the ground when you do the exercise.

Does rep speed matter with bicycle crunches as well? Although this crunch variation wasn’t tested in the original study looking at rep speed, you might anticipate that doing the exercise faster, as long as you’re using good form, would offer more benefits. You also get a slightly higher calorie burn. Just remember, form counts when doing abdominal exercises. If you use sloppy form, you won’t fully activate the muscles and you could end up with an injury.

Finally, don’t ignore the deeper muscles in your pelvis, the transverse abdominis, a muscle beneath the internal obliques and one that wraps around your spine and helps to stabilize it. It’s this muscle, sometimes called the “corset” muscle because when it’s strong, it pulls your abdominal region in. When you see people who have a lower tummy that sticks out, it may not be excess body fat, but weak transverse abdominis. Working this deep muscle also helps support your back and spine.

The best way to work the transverse abdominis is to do vacuums. You can find demonstrations on how to do this online. Planks are another exercise that works the deeper abdominal muscles and the back, all of which are important for strong and healthy abs and back.

Keep your ab workout diverse, but pick up the rep speed on some of your crunches – but don’t forget about your form! Keep your form tight and don’t get sloppy.

Abdominal Training: Are Ab Crunches Damaging to Your Back?

Abdominal Exercises: Are You Doing Too Many Reps?

Are Squats and Deadlifts Enough for Your Ab Definition?