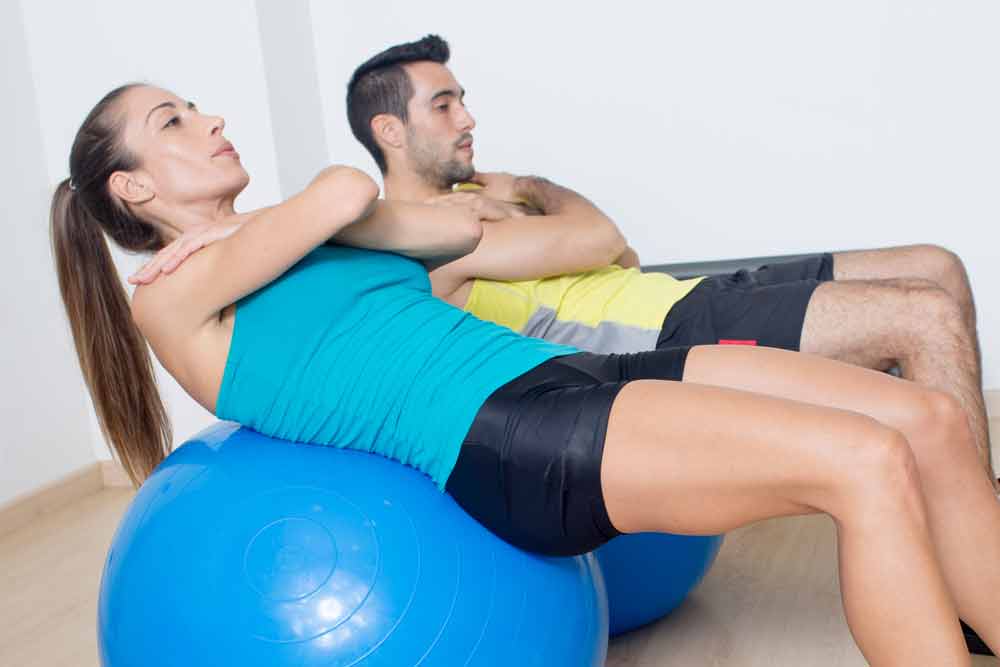 Who wouldn’t enjoy having flatter, more defined abs? Well, they’re not always easy to get. It takes work, consistency, the right types of exercise, and a laser-like focus on nutrition. Still, that doesn’t mean that better-looking abs are out of your reach. It just takes a bit of work, but the results will be well worth it. So, let’s see what you can do to get them and the best way to do abdominal crunches and other ab exercises.

The Muscles That Make Up Your Abs

Your abdominal musculature is composed of three main muscle groups. The one that most ab exercises target is the rectus abdominis, a superficial pair of muscles that run vertically from the sternum to the pubic bone. These are the muscles that, when they’re hypertrophied, give you a six-pack. Deep under to the rectus abdominis lies the transverse abdominis muscles. These muscles are less effectively targeted with traditional ab exercises, like crunches. The fibers of the transverse abdominis, also known as the TVA, run horizontally and it’s the deepest abdominal muscle. It’s sometimes called the girdle muscle as it helps to pull your tummy in. We like those kinds of muscles, right?

For balanced abdominal development, you don’t want to neglect any of these muscles. For most people, the go-to exercise they do for a six-pack is crunches and they frequently do this old standby in a flat position on a yoga mat. But, there’s another approach, why not do them while you’re lying on a stability ball? Stability balls are a popular and relatively inexpensive piece of exercise equipment and they’re versatile. In fact, some people use them as an alternative to a chair at the office so that they work their stabilizer muscles while they sit.

However, it’s also become popular to do abdominal exercises, like crunches, while lying on a stability ball. The idea is that being an uneven surface, a stability ball forces the stabilizer muscles in your core to activate to help you stay stable on the ball. Are your abs really getting more of a workout when you do crunches on a stability ball?

Are Abdominal Crunches on an Unstable Surface More Effective?

Because of the unstable surface, a stability ball offers, you might think crunching on a ball activates the ab muscles to a greater degree.  One study found that doing this exercise on a stability ball boosted activation of the abdominal muscles by between 24 to 38% based on EMG readings. EMG is a method that uses electrodes placed on the muscle to record muscle activation. All of the major ab muscles were activated, including the rectus abdominis, transverse abdominis, and the obliques. But, crunching on a stability ball also brings smaller muscles that stabilize the spine into action. So, it’s a more diverse workout for the core.

If you have a stability ball, look beyond abdominal crunches. A study published in the Journal of Orthopaedic and Sports Physical Therapy found that the abdominal roll-out and abdominal pike exercise on a ball were most effective of the exercises they tested for activating the muscles in the core. These are two to consider adding to your ab routine if you use a stability ball. Another variation is the knee tuck using a ball. Adding these exercises is a good way to diversify your ab workout.

Are You Working Your Core Muscles Properly?

Abdominal Exercises: Are You Doing Too Many Reps?

Abdominal Training: Are Ab Crunches Damaging to Your Back?

The Most Effective Ab Exercises Revealed

Ab Training: Can the Quest to Get Defined Abdominals Lead to Back Pain?