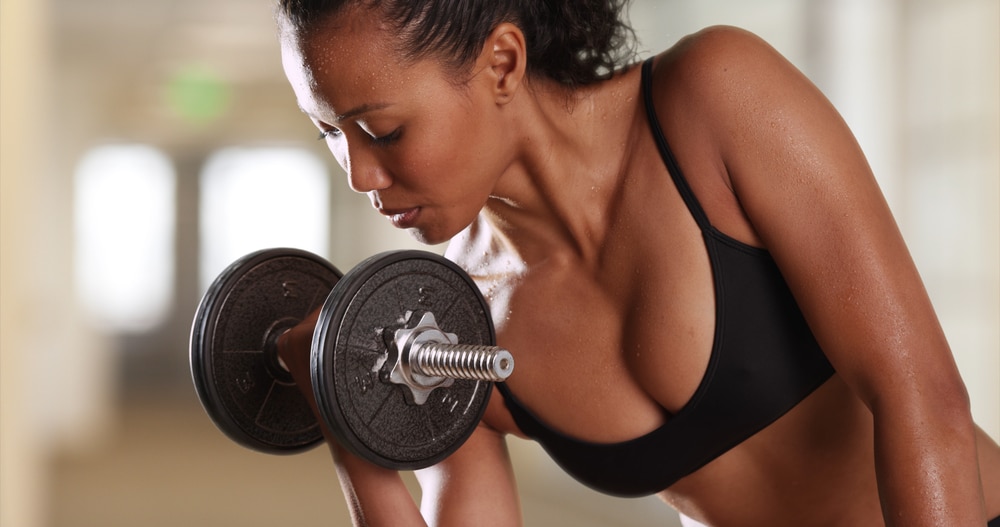 Having strong, toned biceps has advantages. You can do so much more when your arms are strong – like lift heavy boxes. Plus, your arms look fantastic in a tank top or anytime you wear a sleeveless shirt or dress. Defined arms show the world that you do, indeed, work out and care about your physique. So, how can you get more definition in those “guns?”

As you know, there are a mind-boggling number of bicep curl variations. Here are some that you probably do now or have done in the past:

You can even change the stimulus on your biceps by switching out dumbbells for a barbell or EZ Curl bar or by grabbing a pair of resistance bands. Changing your hand position, your grip, and the angle at which you curl are other elements you can change. As you can see, biceps curls are a versatile exercise with lots of variations!

What Temp0 Should You Use?

Another element you can vary is the tempo that you curl. Most people use a standard tempo when they do curls – 2 seconds for the concentric or upward portion and 2 seconds for the eccentric or downward phase of the curl. Tempo is described numerically by four numbers:

·       First number: The eccentric portion of the move. For biceps, the lowering of the weight.

·       Third number: The concentric portion of the move. For biceps, the raising of the weight toward the chest.

The standard tempo works well, especially when you’re first starting out. However, your biceps muscles will eventually adapt and you’ll need to change things up. Before increasing the resistance, why not alter the tempo of the reps to work the biceps differently?

To alter the tempo, you have two options. You can speed up the tempo of curls or slow it down. You hear a lot about slow and super-slow training where you reduce the speed of each rep, sometimes with an emphasis on the eccentric portion of the curl. Slowing the tempo increases the time the biceps muscles spend under tension to help maximize muscle fiber recruitment.

Also, when you slow the eccentric portion of curls, you create more microscopic damage to the muscle fibers in the biceps. Repair of this damage can theoretically trigger greater growth, assuming you fatigue the muscles thoroughly. Plus, when you slow the tempo, you also take momentum out of the equation and you’re forced to use good form and that helps you maximize the benefits you get from the exercise.

At the other end of the spectrum, you can increase the tempo and make curls faster and more explosive. This, too, has benefits for helping your biceps grow. Your biceps are composed of both slow-twitch fibers, those that are adapted for endurance, and fast-twitch fibers, ones that are designed for generating lots of force quickly. However, fast-twitch fibers also fatigue fast. Ideally, you want to target both fiber types since they both make up the biceps.

What about making the move explosive – say one second up and one second down? One study found that doing the concentric portion of an exercise explosively lead to a greater increase in muscle thickness compared to using a standard tempo. Other studies show that faster eccentric movements lead to greater muscle thickness relative to slow ones. There’s some thought that using a fast tempo for eccentric movements boosts anabolic signaling and may enhance muscle growth in this manner, although this is unproven.

Another consideration is the length of the pause at the top of a curl. It’s best to NOT pause as this is the point where the resistance is lowest. So, you’ll hold more tension on the muscle by not pausing at all at the top.

Why not vary the tempo you use when you curl? That way you’ll vary the stimulus on the biceps and optimize activation of fast-twitch and slow-twitch muscle fibers. We know that the human body adapts to whatever stress you place on it and you will eventually reach a plateau. Varying the tempo on curls helps you avoid hitting a wall where your muscles stop growing. So, if you’re not already doing it, increase the tempo when you curl during some of your sessions. When you use a slow tempo, make sure you work the biceps to fatigue.

American Council on Exercise. “Slow-Twitch versus Fast-Twitch Muscle Fibers”
Science and Development of Muscle Hypertrophy. Brad Schoenfeld. 2016.
Simply Shredded. “The Need for Speed: Accelerate Your Muscle Growth By Manipulating the Speed of Your Reps”

Why You Should Focus On Your Fast Twitch Muscle Fibers

One thought on “What’s the Best Tempo for Working Your Biceps Muscles?”