What Is Ventilatory Threshold and How Can You Use It to Monitor Exercise Intensity?

What Is Ventilatory Threshold and How Can You Use It to Monitor Exercise Intensity? 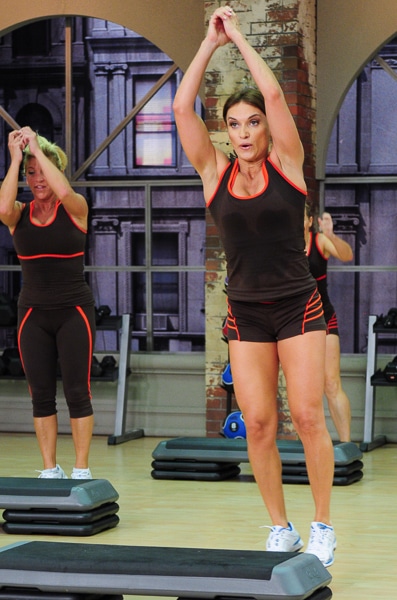 To get benefits from cardiovascular exercise you have to work out at a certain intensity. To judge exercise intensity you can use a heart rate monitor or the perceived exertion scale. Another way to tell how hard you’re working is to monitor how fast you’re breathing. To do this, it’s important to understand the concept of “ventilatory threshold.”

What is Ventilatory Threshold?

When you first begin exercising, your breathing rate is proportional to the amount of oxygen you’re using. But as you increase exercise intensity, the rate at which you breathe increases in a linear manner – up to a point. At some point as the intensity continues to rise, usually, around 60 to 75% of your V02 max, your breathing or ventilation rate begins to rise in a non-linear manner This point is called the ventilatory threshold.

Ventilatory threshold marks the point where oxygen delivery to the muscles becomes a limiting factor, and your body is forced to rely more upon its anaerobic energy system. As a result, lactate levels start to rise faster than they can be cleared and your blood becomes more acidic. As blood buffers start to neutralize the acidity, more carbon dioxide is produced that must be eliminated by an increase in respiratory rate. At this point, breathing becomes faster and more labored and the exercise feels intense. This level of intensity is difficult to sustain for sustained periods of time.

Are Ventilatory and Lactate Threshold the Same?

In one study, researchers had participants recite a paragraph during a progressive exercise session. If their breathing rate was so rapid that they couldn’t repeat the paragraph, they failed the talk test and were above their ventilatory threshold. If they were able to recite the paragraph and talk in complete sentences, they were consistently below their ventilatory threshold.

Gauging your ability to talk during a workout is one way to monitor how hard you’re working. When it becomes challenging to say more than a word or two, that’s a good indication that you’ve crossed your ventilatory threshold and lactate threshold. Doing interval workouts where you push yourself above your ventilatory and lactate threshold trains your body to work longer at a high intensity without becoming fatigued. That’s a good thing if you play a sport or race competitively.

When you train above your lactate threshold it also stimulates more of an afterburn effect so you burn fat at a higher rate after you finish your workout. You can do this through interval training and one way to monitor how hard you’re working is to see how easy it is to talk. If you’re breathing so rapidly that it’s difficult to speak in complete sentences, you’re training just above your lactate threshold and are in the “high intensity” zone.

The talk test is a simple way to measure how hard you’re working during interval training. If you don’t have a heart rate monitor, it’s a practical way to make sure you’re training in the high-intensity zone when you do an interval workout.

Minds of UW. “Relationship between the talk test and ventilatory threshold”

How Accurate Is Maximum Heart Rate for Measuring Exercise Intensity?

How Accurate Is the Exercise Talk Test for Measuring Exercise Intensity?

How Do You Know if You’re Working Out Hard Enough?

The Talk Test: A Low-Tech Way to Measure Exercise Intensity

Exercise Intensity: How Good Are You at Judging How Hard You’re Exercising?