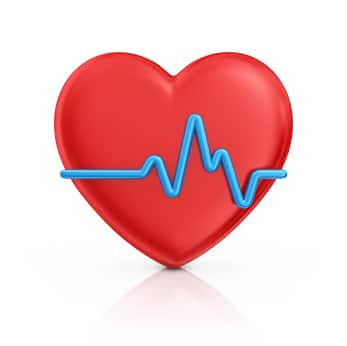 What is the Talk Test?

The talk test has been around for years, but it was further validated as a method to measure exercise intensity in 2004 by a study carried out at the University of Wisconsin at Lacrosse. When researchers used this method on 16 volunteers working out on treadmills and exercise bikes, they found the results of the talk test were remarkably consistent for measuring exercise intensity in individuals exercising on different machines.

The talk test is based on the idea that when you reach a level of exertion where it’s difficult to comfortably carry on a conversation or string sentences together, you’re around your ventilatory threshold. When it becomes hard to complete even a single sentence, you’re exercising beyond that threshold. For building cardiovascular endurance through steady-state exercise, exercising at an intensity that makes it challenging to carry on a conversation or recite a poem is appropriate. If a conversation is easy, you’re not pushing yourself hard enough to get the full cardiovascular benefits.
What’s so important about ventilatory threshold? At lower exercise intensities, you increase your ventilation or rate or breathing proportionally to the amount of work you’re doing. How fast you breathe is directly correlated with how hard you’re exercising. When you go beyond your ventilatory threshold, your breathing rate rises disproportionately to the amount of work you’re doing. This is because anaerobic metabolism is kicking in, and you’re starting to build up lactic acid. Lactic acid is acidic, and you compensate for that increased acidity by breathing harder. This helps to restore normal acid-base balance. At the point where you have difficulty speaking in sentences, you’re usually exercising above your anaerobic threshold, although some fitness experts will say that ventilatory threshold and anaerobic threshold aren’t always reached at precisely the same time, but it’s usually pretty close under most conditions.

How Can You Use the Talk Test?

If you’re trying to stay within the aerobic zone, recite your favorite poem while you’re exercising. If it’s challenging to do, you’re working out at an intensity that’s high enough to build cardiovascular endurance. If you can easily recite a poem or speak in complete sentences, you’re probably not pushing yourself hard enough and need to increase the intensity until a conversation is difficult. If you can’t complete a sentence, you’re exceeding your ventilatory and anaerobic threshold and will build up lactic acid and become fatigued quickly. Time to slow down. It’s a good idea to test yourself with the talk test every 15 minutes or so when you’re working out. It’s a low-tech way to make sure you’re working hard enough.

How Accurate Is the Exercise Talk Test for Measuring Exercise Intensity?

How Do You Know if You’re Working Out Hard Enough?

Exercise Intensity: How Good Are You at Judging How Hard You’re Exercising?

6 Ways to Keep Working Out Fun

4 Benefits of Wearing a Heart Rate Monitor During Exercise

2 thoughts on “The Talk Test: A Low-Tech Way to Measure Exercise Intensity”