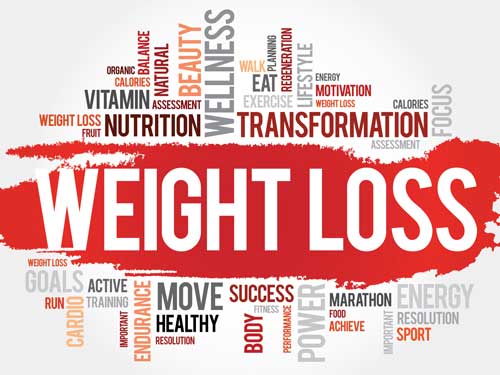 Losing weight isn’t always easy, and some people have a harder time doing it than others. Some lucky folks shed body fat easily when they cut calories and increase their activity level, while others struggle to lose a single pound. You might point to family genetics as being the cause, the fact that obesity runs in families, and certainly genetics play a role, but scientists are also intrigued by another possibility: people predisposed to obesity have “thriftier” genes.

What Are Thrifty Genes?

Thrifty genes are genes that help people hold onto body fat and keep it safely stored for times when the food supply is low. These genes would have come in handy early in the course of human history when famine was a real possibility. Humans that carry these genes would have a survival advantage, allowing them to go for longer periods of time without eating. The problem is we no longer need thrifty genes because most people have access to an overabundance of food. Unfortunately, genetics, being slow to respond, haven’t caught up to that fact.

These days, thrifty genes, no longer an asset, kill people off prematurely not from famine but from excessive fat storage and obesity. In other words, the genes that helped humans survive during famines are still active even though the food supply is abundant. According to some sources, up to 60% of Americans have thrifty genes passed down through the generations.

Is the Thrifty Gene Hypothesis a Myth?

Some experts now think the thrifty gene hypothesis is flawed and doesn’t explain the obesity epidemic after all. Still, there is evidence to support the idea of thrifty genes. Researchers point to the Pina Indians of Arizona. Around 70% of Arizona Pina Indians are obese and half of the adults have type 2 diabetes, one of the highest rates of diabetes in the world. Researchers believe the Pina tribes evolved thrifty genes to deal with the harsh dessert climate in which they lived and the fact they were forced to deal with frequent periods of famine. Now that famine is no longer an issue, the genes that protected them against starvation instead make it harder for them to stave off obesity and type 2 diabetes.

Even if thrifty genes are a factor that explains the very high rates of obesity among Pina Indians, genetics aren’t destiny. Neighboring Pina Indians that live in Mexico share similar genetics to those in Arizona but their lifestyle is different. Despite the fact that the Pina Indians in Mexico share similar genetic characteristics with their Arizona neighbors, their rates for obesity and type 2-diabetes are far lower. Why might this be? The Pina in Mexico perform more physical labor and eat a diet lower in fat and calories. In fact, Mexican Pina Indian women spent 7 times as much time being physically active as their Arizona counterparts.

The fact that two similar populations, both with so-called thrifty genes but different lifestyle habits, have very different health outcomes suggests that even if you do have genes that predispose to obesity and type 2 diabetes, you can counteract that risk with physical activity and a nutrient dense but low calorie diet.

A number of other studies also show lifestyle counterbalances family obesity genetics. Researchers have identified a gene on chromosome 16 called the FTO gene. Up to 30% of the American population has a variant of this gene that places them at a greater risk for obesity. Fortunately, studies show high levels of physical activity offset the effects of FTO gene variants and the risk of obesity. One study that looked at 20,000 people of British heritage, some with a strong predisposition to obesity based on genetics, showed those who were physically active didn’t suffer from obesity.

Another study followed more than 700 Amish men and women with variants of the FTO gene that placed them at greater risk for obesity. The participants were equipped with an accelerometer to monitor their physical activity over a course of 4 years. In this study, the high activity group burned approximately 900 more calories daily relative to the low activity group. Even though the participants were at high risk for obesity based on genetics, those who were very active didn’t experience the expected rate of obesity.

Just as genetics influence where you store fat on our body, whether it more of it goes to hips, buttocks or tummy, it also impacts how easily you store and burn fat. Even if you have a strong family history of obesity, you’re not destined to become obese. Research strongly supports the idea that regular physical activity offers protection against obesity, no matter what genetics your parents gave you. Whether your genes are “thrifty” or not, you can still avoid health pitfalls like obesity and type 2-diabetes by embracing a healthy, active lifestyle. The downside: If you have thrifty genes and a thrifty metabolism, you may have to work a little harder to maintain healthy body weight.

Don’t forget about the importance of resistance training. Body composition counts for optimizing your metabolism. Building lean muscle has a small but significant impact on your resting metabolic rate. Plus, carrying more muscle on your frame improves insulin sensitivity, a benefit that puts you at lower risk for type 2 diabetes. One study found that high-intensity strength training improved insulin sensitivity in type 2 diabetics, so strength training offers additional protection against type 2 diabetes and insulin resistance.

Genes are certainly a factor that makes it harder or easier to lose weight, but research suggests that lifestyle is more important, especially physical activity. Don’t get discouraged if you think you have thrifty genes. Instead, focus on eating cleanly and staying active.