What is Lite Salt and Is It Better for Your Than Table Salt?

What is Lite Salt and Is It Better for Your Than Table Salt? 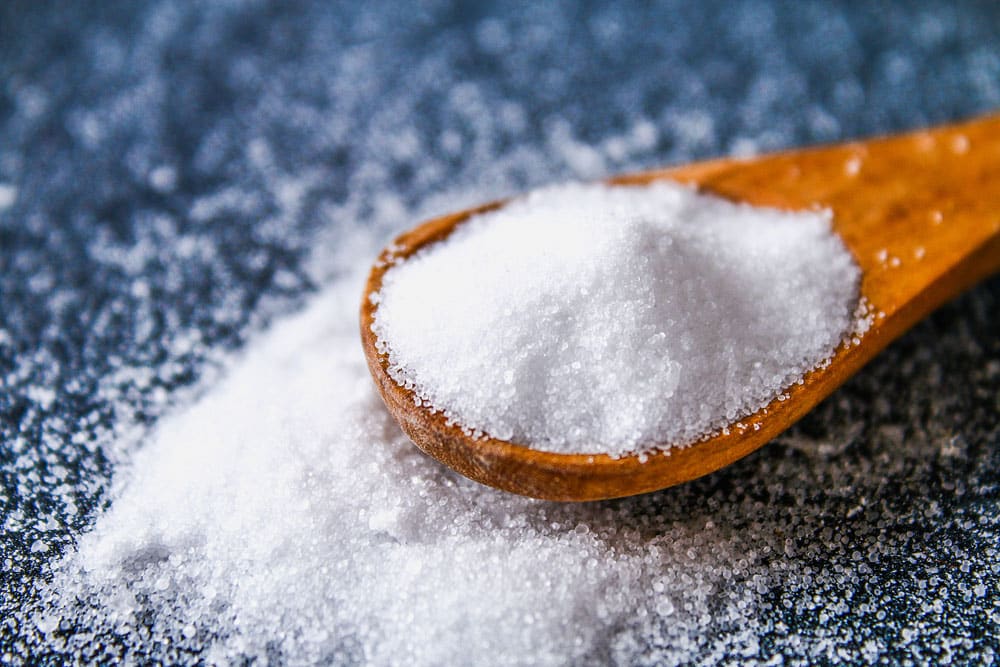 You hear a lot about the negative effects of a high-sodium diet, but you need a certain amount of salt in your bloodstream just to stay alive. You need sodium to:

That’s why healthcare providers recommend that people with hypertension and cardiovascular disease reduce their salt intake. However, not everyone has blood pressure that responds to a reduction in sodium. There are varying degrees of sodium sensitivity. Around 10% of the population is sodium sensitive, meaning their blood pressure is affected by the sodium content of their diet.

A High-Sodium Diet May Contribute to Bone Loss

Plus, consuming too much sodium disrupts healthy calcium balance. To remove sodium from your body, calcium from bones assists the release of excess sodium into the urine. Around 10 million people in the United States have osteoporosis and a high-sodium diet can contribute to the problem by causing more calcium release from bones to help manage the excess sodium.

At the very least, the amount of sodium most people consume is too high. One way to reduce sodium intake is to replace table salt with lite salt. But is that a smart idea?

What Is Lite Salt?

Lite salt has half the sodium of regular table salt since it contains roughly equal quantities of sodium and potassium chloride. However, some brands have a ratio of sodium chloride to potassium chloride of 67% to 33%. Lite salts with this ratio may taste better because they contain more sodium relative to 50%-50% lite salt but you’ll also consume more sodium.

Both sodium and potassium are electrolytes but each as a different effect on your body. While sodium can disrupt blood vessel function, cause fluid retention, and cause a rise in blood pressure, potassium helps counter the negative effects of sodium and helps with blood pressure control. Fruits and vegetables are rich in potassium and help to lower blood pressure. One reason is their high potassium content.

How to Use Lite Salt

You can use lite salt in any recipe that calls for regular table salt and it will have less sodium per teaspoon. It’s an option if you want to reduce your sodium intake without giving up the taste of salt. For example, some people use lite salt on popcorn or grilled vegetables or in recipes.

One precaution. If you have reduced kidney function, you should avoid consuming large quantities of potassium without consulting your doctor, as you may not be able to clear potassium from your body as easily. Also, some medications can cause your body to hold on to more potassium. So, talk to your doctor before using any type of potassium-based salt.

Other Ways to Cut Back on Salt

There are other ways to reduce your sodium intake. One of the simplest is to slowly reduce the amount of salt in your diet and let your taste buds adapt to less sodium. After a few weeks of doing this, you’ll crave salt less and enjoy foods in a more natural state. You may discover that you don’t need to use added salt at all. Let’s look at some other ways to reduce salt in your diet without sacrificing taste:

Hopefully, you have a better understanding of how lite salt differs from regular salt. It’s a way to get the taste of salt without the high sodium content. Still, lite salt won’t be effective if you see it as a license to use more of it. It’s still best to wean your taste buds off the taste of salt and enjoy foods more in their natural state.

Sodium and Your Health: Is It Safe to Eat Salt Again?

How Does Sea Salt Differ from Table Salt?

Why It’s So Hard to Cut Back on Salt

Will Switching to Sea Salt Lower Your Sodium Intake?

Secret Salt: Foods That You Didn’t Know Were Laced With Sodium