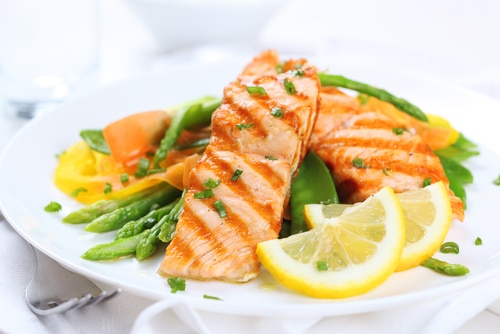 Vitamin D – everyone’s concerned about getting more of this vitamin that’s so important for good health. The best natural source of vitamin D comes from exposure to the sun. Vitamin D precursors on the surface of the skin are converted to a form the body can use with exposure to sunlight. Unfortunately, the majority of people have vitamin D levels that aren’t optimal for health. That’s why some people turn to supplements. Vitamin D supplements are helpful for people who live in northern latitudes and those don’t get outside in the sun often, but, according to recent research, not all vitamin D is equally effective for raising blood levels of the “sunshine vitamin.”

Not everyone realizes there are two forms of vitamin D. One form known as vitamin D2 or ergocalciferol is produced by plants when they’re exposed to the sun. The other form called vitamin D3 or cholecalciferol is a form of vitamin D found in fatty fish and made by humans when they expose their skin to sunlight.

It would seem that vitamin D3 would be the most beneficial form since it’s the type humans make when they expose their skin to sunlight, but some experts still believe the two forms are equal in terms of their benefits. In fact, many prescription forms of vitamin D used to treat vitamin D deficiency contain vitamin D2.

Does It Matter Which Form of Vitamin D You Use?

According to an analysis of seven well-conducted studies, vitamin D3 is more effective for raising blood levels of the active form of vitamin D than vitamin D2. In fact, one study showed that vitamin D3 was 87% more potent than an equivalent amount of vitamin D2. If you’re taking a vitamin D supplement and it’s not in the D3 form, you may not be getting the full benefits.

Unfortunately, many multivitamins and some vitamin D supplements still contain the D2 form of vitamin D. That’s why it’s important to read the bottle carefully before purchasing a vitamin D supplement. It should clearly state that you’re getting the vitamin D3 or cholecalciferol form of the vitamin. Otherwise, you’re not getting vitamin D in a form your body can best use.

Why is Vitamin D Important?

Low levels of vitamin D in children causes a bone disease called rickets, while low levels in adults lead to a bone condition called osteomalacia. This is a condition where the bones become soft and break more easily. But vitamin D does more than keeping bone disease at bay. Recently it’s come to light that vitamin D is important for a healthy immune system and may reduce the risk of some diseases such as multiple sclerosis, diabetes, rheumatoid arthritis, osteoporosis, heart disease and some types of cancer. Plus, some studies show that three out of four people have blood levels of vitamin D that aren’t optimal for health.

It’s best to get nutrients and vitamins from food rather than supplements, but there aren’t a lot of good food sources of vitamin D. Fatty fish like salmon is one of the best, and some foods like eggs and milk are fortified with vitamin D. That’s why people who don’t get enough sunlight are supplementing with vitamin D. Before taking a vitamin D supplement, it’s a good idea to have a blood level checked since large amounts of vitamin D can be toxic.

If your doctor recommends that you take a vitamin D supplement, make sure you’re getting the D3 form of the vitamin. Read the label carefully and make sure it contains cholecalciferol.

This Vitamin May Help You Retain Muscle Mass after Menopause

Winter Nutrition: How to Stay on Track with Your Diet All Winter Long

How Much Vitamin D Do You Really Need?