You have may have heard that green tea is extremely good for the human body, but you probably do not realize just however powerful this particular tea can be. Read on to learn about the twelve most interesting and profound ways in which drinking more green tea could improve and extend your life. 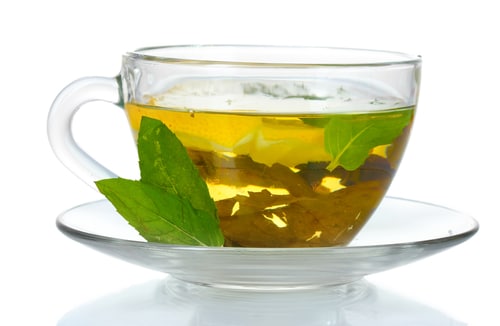 1) It can help you to recover from a heart attack:
The EGCG that comes from green tea can inhibit the action of a protein called STAT-1. This protein is activated when you have a heart attack and leads to cell death. Inhibiting STAT-1 leads to fewer instances of cell death, so green tea is an excellent beverage for patients who are in recovery. Some recent studies also suggest that EGCG can help your heart to recover from a heart attack more quickly, reducing the likelihood of damage to your organs.

2) It can help your body to burn fat:
Studies suggest that drinking several cups of green tea each day can help to encourage weight loss, especially around the abdomen. Recent research has shown that this level of consumption of green tea can increase the number of calories burned by up to 17%. It is thought that it encourages your body to burn fat because it contains a certain phytochemical that dramatically boosts your metabolism for a short period of time.

4) It reduces a woman’s risk of developing breast or ovarian cancers:
Scientists have repeatedly shown that regularly drinking green tea is associated with a significant reduction in a woman’s risk of suffering from breast cancer. More specifically, it is thought that women who make green tea part of their daily lives are around 22% less likely to develop any form of breast cancer. In addition, Swedish studies have shown that women who drink two or more cups of green tea every day are an impressive 46% less likely to develop ovarian cancer.

5) It makes you less likely to suffer from heart problems:
One study performed on 500 Japanese volunteers showed that men who drink four or more cups of green tea each day are less likely to develop coronary heart disease. A related study conducted in the Netherlands also found a link between consuming green tea and a reduced risk of developing atherosclerosis (i.e. clogged blood vessels, which can lead to strokes and heart attacks). Animal studies show that green tea inhibits 26-63% of atherosclerosis, depending on how much tea is ingested per day.

6) It helps to prevent the formation of unwanted blood clots:
Green tea contains catechins, and this leads to reducing your likelihood of excessive clotting (such as that which is characteristic of deep vein thrombosis, also known as DVT). It is thought that this benefit comes from the way in which the catechins prevent specific inflammatory compounds from forming in response to certain elements of your diet.

7) It promotes digestive health:
Green tea also reduces the amount of inflammatory-promoting compounds in the colon and the number of precancerous colon cells. One Chinese study revealed that women who regularly drank green tea for a period of six years were up to 57% less likely to develop colorectal cancer.

8. It may help to prevent prostate cancer:
A recent study showed that men who drink lots of green tea and eat lots of lycopene-rich foods (such as papaya) are at a reduced risk of suffering from prostate cancer. Shockingly, the men who drank the most green tea or ate the most papaya were as much as 86% less likely to develop prostate cancer. Other studies have successfully replicated these fascinating results, with some such projects suggesting that the benefits may be even more substantial than those claimed by the original study.

9) It can help you recover from the flu more quickly:
The EGCG in tea can protect you from the flu and help you regain your energy if you do contract the illness. Scientists suspect that EGCG does this by inhibiting the replication of the flu virus.

10) It prevents bone loss:
Green tea promotes the maintenance of healthy bones and teeth by warding off the cells the breakdown bone and by protecting the cells that build bone.

11) It reduces your likelihood of developing kidney disease:
Research conducted on animals shows that drinking green tea while on medication that suppresses the immune system (such as the drugs required after organ transplants) makes the body less likely to develop the kidney problems associated with such drugs.

12) It can help you to recover from a stroke:
In addition to helping heart attack patients, the EGCG in green tea can reduce your chances of brain damage after a stroke (once again by inhibiting the action of a particular protein).

As is obvious from the above health benefits, drinking green tea on a regular basis can help to protect and extend your life in some substantial ways. However, it is not suitable for everyone. Some data suggest that it is not safe to drink green tea during the first trimester of pregnancy (due to an apparent increase in the risk of neural tube disorders in the unborn baby). In addition, you should avoid green tea if you have low iron levels, as it decreases iron absorption in the body.