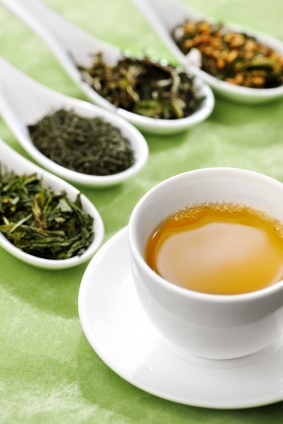 Green tea has grown in popularity because of its health benefits not just among the general population but among athletes and bodybuilders too. They’re sipping this antioxidant-rich beverage before their workouts to help them lose body fat. Is green tea a good pre-workout drink?

Exercise and Green Tea: Should You Drink It Before You Work Out?

Green tea is a rich source of natural antioxidants called catechins. The catechins in green tea help to reduce oxidative cell damage and inflammation, but they may also boost the body’s ability to burn fat. That’s something that most bodybuilders, athletes, and people who work out like to hear.

In a study published in the American Journal of Clinical Nutrition, researchers gave 12 young men a capsule containing green tea extract. This capsule was equivalent to drinking about 3 ½ cups of green tea. Another group of men received a placebo. When the men cycled at an intensity equal to 60% of their maximum heart rate, those who took the green tea extract burned 17% more fat during their workout than those who took the placebo. They also found by giving some of the men a glucose tolerance test that green tea extract boosted their sensitivity to insulin.

Green Tea Pre-Workout: What Does This Mean?

Green tea may subtly boost the breakdown of fat during low to moderate-intensity exercise. It’s also a good drink for people who have type 2 diabetes since it reduces insulin resistance. It does this by boosting the activity of a protein that carries glucose into muscle cells. This means glucose gets into cells more easily and less insulin is required.

How does green tea exert its fat-burning effects? During exercise, levels of hormones called catecholamines, including epinephrine and norepinephrine, increase. These enzymes trigger the breakdown of fat during exercise. The catechins in green tea slow down the breakdown of these catecholamines, so they stimulate fat oxidation longer. Other research suggests that green tea can actually prevent the formation of new fat cells. Combine that with its other health benefits, and it’s no wonder green tea is becoming a popular drink among health-conscious, athletic people.

Should You Drink Green Tea Before Exercise?

The problem with drinking green tea pre-workout is you may need 3 to 4 cups to get the benefits. Not everyone wants to drink that much green tea, especially since that volume of fluid and the caffeine could send you frantically searching for a bathroom. That’s not such a good thing if you’re out on a long run. That’s why taking a green tea extract before working out suits some people better.

The disadvantages of using any type of green tea before exercise is green tea and green tea extract contain caffeine, which can make you nervous. On the other hand, research shows that caffeine helps you train harder by reducing the perceived pain of working out. This means sipping green tea or taking a green tea extract before working out has more than one benefit.

Of course, drinking green tea alone won’t have dramatic effects on fat loss. You still have to watch your diet and train hard, but it could give you a slight edge when it comes to burning fat during a workout, and that’s good news for anyone trying to get into shape.