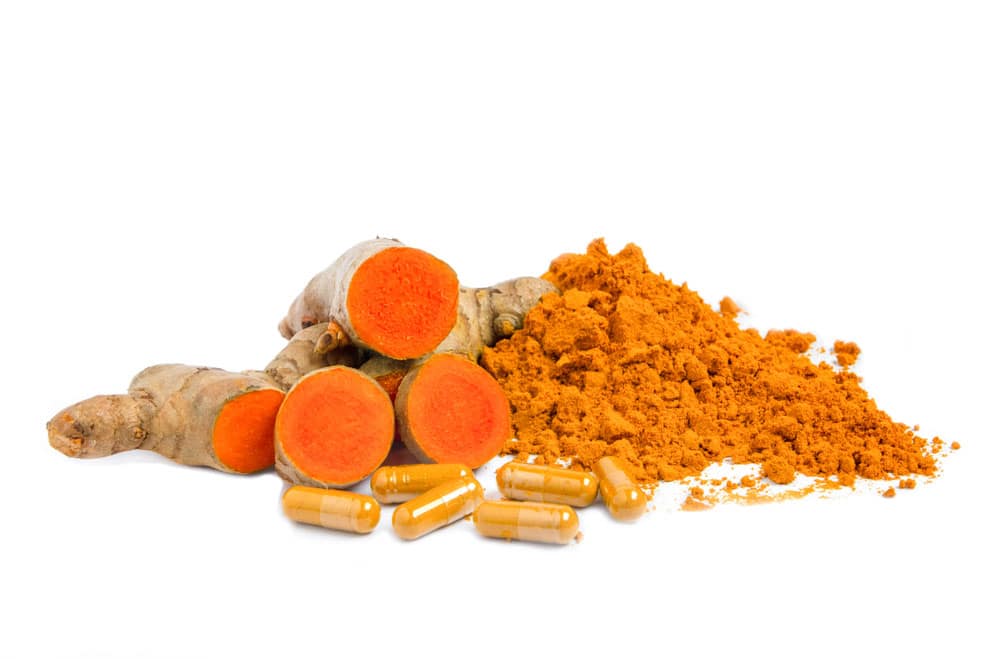 Many people are turning to supplements hoping to enhance their health, to improve symptoms, or prevent future health problems. One of the most popular is a supplement called turmeric. You may recognize turmeric as a colored, orange spice used in Indian and Thai cooking. Not only does it add flavor to foods, but it may also have health benefits, although research is still in its early stages. The active ingredient in turmeric, called curcumin, has anti-inflammatory properties based on a growing number of studies. Since inflammation is a driving force behind a variety of health problems, turmeric may have preventative benefits.

People sometimes reach for a supplement for convenience–but is it wise?  We’re safer getting dietary components in their unaltered form rather than buying a supplement that may have quality control issues or not contain the amount listed on the label. Supplements may also contain additives or heavy metals as contaminants. However, it’s not uncommon for spices, including turmeric to contain contaminants such as heavy metals, too. That’s why it’s important to research any supplement you take beforehand and buy spices from a reputable, domestic source.

For example, a 2017 study points out that contamination of turmeric powder with lead is a common problem in India and Bangladesh, two countries that export turmeric to the United States. Tainted turmeric powder winds up on store shelves in the U.S., leading to potential risks, especially for children. In fact, turmeric manufacturers overseas sometimes add lead to enhance the weight of the product. So, shop smart!

Do You Need Turmeric?

One reason people take turmeric is they hope to prevent cancer and other conditions like Alzheimer’s disease. Unfortunately, there’s limited evidence that turmeric is effective for preventing these health problems, although some preliminary studies suggest benefit, particularly for cancer prevention. Where evidence is stronger is for conditions like osteoarthritis. One study found that turmeric eased the pain of osteoarthritis of the knee as effectively as ibuprofen. Studies also show that turmeric may be beneficial for people with depression and a common liver condition called non-alcoholic fatty liver disease where fat builds up on the liver.

If your doctor recommends turmeric for one of these conditions, a turmeric supplement might be the best option to ensure you’re getting enough active curcumin to offer benefits. If you’re taking it hoping to prevent future health problems, despite the weak evidence, getting turmeric in spice form is the safest option. The advantage of getting turmeric in spice form is you will probably eat it with a meal that contains fat, and fat boosts the absorption of the curcumin and other curcuminoids in the spice. Adding black pepper to turmeric also enhances its absorption. If possible, add turmeric after cooking, as heat can destroy curcumin.

If you take a supplement, look for one that includes piperine (the component in black pepper that boosts absorption) or contains phytosome, a fatty substance that boosts absorption. Research shows piperine can boost that availability of curcumin by up to 2000%. Know that piperine can affect the breakdown of some medications. Also, turmeric can slow blood clotting. If you take another medication, like a blood thinner or aspirin, that affect is magnified. Talk to your physician about whether it’s safe for you to take if you’re on other medications. Just because a supplement manufacturer bottles it up and sells it doesn’t make it safe. Supplements aren’t regulated by the Food and Drug Administration. They usually won’t remove a supplement from the market until they get reports of injury from that supplement.

As with all supplements, do your research and buy from a reputable source. A supplement contaminated with heavy metals, like lead, will negate any health benefits you would get from the supplement. Some sites, like Consumer Lab, do independent testing of supplements to ensure they contain what they say and don’t have harmful levels of contaminants.

Turmeric has potential health benefits but the benefits of preventing health problems such as cancer or Alzheimer’s disease are unproven at this point. Unless you’re taking it for a specific reason, such as joint pain, under the care of a physician, your best bet might be to get it through diet, along with black pepper and a healthy source of fat. Keep in mind that we don’t know if it’s safe to take a turmeric supplement for a long period. Plus, a small percentage of people appear to be sensitive to some component of turmeric and develop liver inflammation when they take it. Eat a healthy, balanced diet of whole foods to reduce inflammation and lower your risk of health problems. Nothing can replace a healthy diet!

Turmeric is a Tasty Spice but Are the Health Benefits Overstated?

The Turmeric Obsession: Is This Herb Really All It’s Cracked Up to Be?