The Weight-Loss Way of the French: 5 Eating Habits to Borrow for Weight Loss

The Weight-Loss Way of the French: 5 Eating Habits to Borrow for Weight Loss 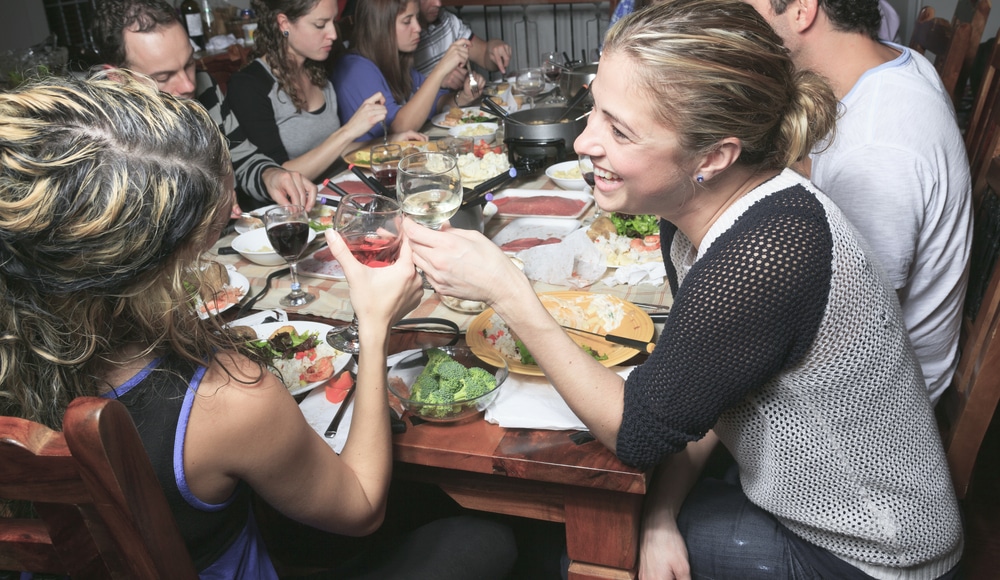 The French have a reputation for enjoying food. They’re not just the ones who invented the word “gourmand.” They’ve also created some of the most delicious dishes in the world. But while they are known as lovers of tasty food, they are also smart about what they eat and how much they eat at one time.

So, it’s not surprising that the French have lower obesity rates than Western countries. In France, 21% of adults are obese, compared to 36% in the United States. The rate of childhood obesity is also lower in France with an obesity rate of 4% and one in five being overweight.

However, obesity rates in France have been increasing steadily over the past decade. But have you ever wondered what their eating habits are and how they help them control their weight? Let’s dig deeper.

The French sit down to enjoy a meal

The French eat a meal at a table, in a chair. They don’t eat while standing up or sitting in front of their computer, and they’re less likely to grab fast food. This is something many Americans have forgotten, but it’s an integral part of the French eating experience: eating slowly, enjoying every bite, and savoring the moment. This allows them to appreciate the flavors and aromas of the food, as well as the pleasure of eating with friends and family.

Food is not just fuel; it is an experience. How can you apply this to your own life? Take the time to savor each bite and appreciate the flavors and textures. It’s a luxury many French take advantage of, and so should you. Eating slowly and mindfully can help you appreciate the foods you eat and gain the most enjoyment and nutrition from your meals.

The French aren’t afraid of bread or chocolate

You may have been told that foods like bread or chocolate are unhealthy and linked to weight gain, but the French have a different take on the subject. Bread is an important part of their diet, and they don’t shy away from it. The French believe in moderation when eating most things.

Of course, you should still exercise portion control when you eat bread–but there are lots of healthy ways to enjoy a slice or two without going overboard.

Use whole grain varieties instead of white bread, like French baguettes or ciabatta rolls (which aren’t as healthy). Whole grains contain more fiber and vitamins than their refined counterparts, so this will help fill you up longer with fewer calories.

Also, toast your bread before eating it; this gives it a richer flavor, so you’re satisfied with less.

How about chocolate? The French have a long-standing and deep-rooted appreciation for the culinary arts, including chocolate. This appreciation extends to how they consume chocolate. They’re not willing to give up the joy of eating dark chocolate but they do so in moderation while savoring the experience.

Use all your senses while eating

The French are known for savoring every meal, and they do it with all five senses. When you eat something, take a moment to listen to the sounds of your food–the crunch of an apple or slice of bread, the crackle of a potato chip. You can also smell your food before eating it. Many people find this helps them enjoy their meals more.

If you’re eating a bowl of soup, try stirring slowly and listening to how it sounds as it passes through the spoon. Finally, pay attention to how each ingredient looks and feels in your mouth when you bite into it. Is there a nice balance between softness and hardness?

As you eat your next meal–whether at home or work–take time to focus solely on what’s happening in front of you. How does this taste? What else could I add? Do I like putting cheese on my salad, for instance?

The French watch their portions

Portion sizes in the United States exceed those in France, which can contribute to weight gain and other associated health risks.

A 2011 study published in Frontiers in Psychology found that American food portions were larger than French food portions in 14 out of 17 cases. Factors contributing to this discrepancy include the cultural emphasis in the United States on larger meal sizes, as well as the availability of larger portion sizes in restaurants and fast-food outlets.

You’ll find that French people eat less sugar than Americans. They also eat a lot less processed foods, which is one of the reasons why they have lower obesity rates than the U.S. French people eat more fruits and vegetables than Americans, and they don’t have as much of a sweet tooth as many Americans. The result is their diet is much more balanced than ours (and less likely to lead to weight gain).

While there are many French eating habits to borrow for weight loss, these five stand out. Taking the time to savor your meal, having smaller portions, eating with friends and family, and eating mindfully are all habits that can help you achieve your weight loss goals. Eating like the French can be a satisfying way to lose weight and make mealtime enjoyable.