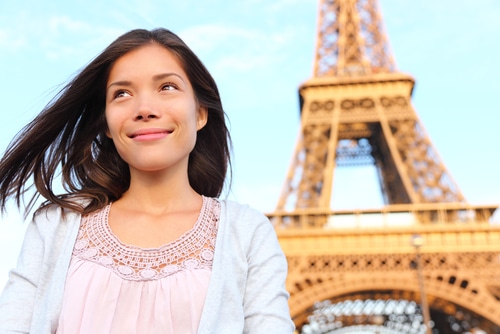 Visit a French café and you’ll likely see people enjoying a French baguette with butter or a rich dessert. The French are known for enjoying their food and not compromising on flavor. They want the real thing – butter and crispy pastries made with natural ingredients, but not lacking in fat or sugar.

Despite this style of eating, the French have a low obesity rate compared to Western countries. In fact, only one in ten French citizens are obese, although the number is on the rise. They also enjoy a long life expectancy. The French live an average of almost 81 years. How do the French enjoy a relatively low rate of obesity and greater longevity despite eating buttery croissants, pastries, and full-fat cheese?

The French Also Enjoy a Low Rate of Heart Disease

Some experts also attribute the difference in heart disease rates to the wine drinking habits of the French. Wine contains resveratrol and other polyphenols that are linked with heart health. They also consume more fish. In addition, their diet of cheese and creamy sauces is a good source of vitamin K2, a vitamin Americans get less of. There’s preliminary evidence that vitamin K2 protects against atherosclerotic heart disease.

Why the Lower Rate of Obesity?

One healthy lifestyle habit the French practice that helps them maintain a healthy weight is portion control. The French aren’t afraid to eat rich food, but they do it in moderation. Portion sizes are significantly smaller than they are in Western countries but they consume them slowly, savoring each mouthful. They practice mindful eating without really being mindful of it. Meals are usually elegantly laid out with lots of attention to detail to make eating an experience that taps into all the senses.

Lunch is their biggest meal of the day and they spend an hour or more at the table, not necessarily eating the entire time, but talking to friends. The concept of “eat and run” is foreign to them. Noticeably lacking in France are all-you-can-eat buffets and large portion sizes. They have a healthy attitude towards food, enjoying it mindfully and in moderation.

French women are less likely to have a gym membership but they burn more “incidental” calories than people in Western countries. They’re more likely to walk to the market to buy fresh foods for dinner rather than hop into a car and are more likely to walk or cycle from one place to another. There’s less sitting – we all know the dangers of too much sitting – how it sends your body into temporary hibernation, slowing down your metabolism and decreasing insulin sensitivity.

Lunch is the Big Meal of the Day

In France, lunch is the largest meal and the one where friends gather to savor good food and enjoy one another’s company. After lunch, they spend more time moving around to help offset the calories they’ve consumed. Then they eat lighter at dinner. Consuming more calories earlier in the day and less, later on, has been linked with better weight control.

Don’t turn meals into a rush fest. Take the time to sit down and savor your food. Eat mindfully, chewing slowly to appreciate the taste and texture of what you’re eating. Don’t eat when you’re doing something else, driving in your car, working on the computer. Only eat when you can devote your full attention to it.

If you indulge in something high in calories, eat a small portion and really focus in on what you’re putting into your mouth. The first few bites are usually the most delicious anyway.

Consume more of your calories earlier in the day rather than starving yourself the first half of the day and overindulging at dinner and before bedtime.

Travel on foot as much as possible and find ways to stay more active throughout the day. Incidental exercise counts even if you do a formal workout. Sedentary behavior is a risk factor for mortality independent of structured exercise. Keep moving around during the day!

The French can teach us a few things about staying a healthy body weight. After all, it seems to work for them. It can work for you too.

Staying a Healthy Weight: 5 Ways French Women Get It Right

5 Healthiest Countries in the World and What They Eat