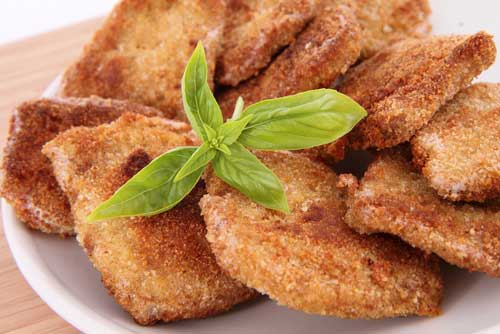 Seitan, tempeh, lentils, and tofu – what do they all have in common? They’re all meatless sources of protein. Meatless “meat” is growing in popularity as people explore alternatives to animal protein that are more ecologically friendly. You may not plan on going vegetarian or vegan, but that doesn’t mean you can’t expand your protein options. These days there are lots of ways to do it.

Many people assume that because something contains no animal fat, it must be healthier. Plant-based foods in the minds of many consumers are perceived to be healthier. Not necessarily. Most of the packaged meatless protein alternatives you find at natural food stores and mainstream grocery stores are highly processed, including popular items like meatless sausages, veggie burgers, and deli slices. Many of these products are made from soy or textured vegetable protein, a type of processed soy, and contain a long list of additives. Other highly processed forms of soy include soy protein concentrate and soy protein isolate.

Soy isn’t the only non-animal protein used in meat substitutes. Relatively new to the market is a meat-free alternative called Quorn. This line of meatless burgers and cutlets is made from a microscopic fungus that the company claims enhances satiety and helps with blood sugar control. Nevertheless, some people develop digestive upset after eating it, and the fact that it’s made from fungi, a rather unconventional material to mold a burger out of, raises concerns. On the other hand, Quorn products are high in protein and low in calories.

Although packaged meat substitutes are usually high in protein and low in fat, they suffer from the same problem other processed foods do, they’re chock full of additives, flavoring agents, thickeners, and fillers. Need convincing? Just read the ingredient lists. Some of the ingredients will leave you scratching your head in wonder and asking why they’re even in there.  Unfortunately, it’s hard to take something plant-based and make it taste like meat without adding texturizers and additives. So, don’t assume that all meat substitutes are healthy just because they contain some plant-based ingredients.

Soy, in various forms, is the most common ingredient in meatless burgers and cutlets. Soy itself is controversial due to the fact that it contains “anti-nutrients,” that can block the absorption of minerals like calcium and magnesium as well as “goitrogens” that could, under certain circumstances, interfere with normal thyroid function. This is more likely to be an issue for people who already have an under-active thyroid. Some research has also linked soy with brain atrophy.

One benefit of soy, besides being high in protein, is its high calcium content. Fermenting soy destroys most of the anti-nutrients and goitrogens, making fermented soy, like tempeh, and miso a more healthful form of soy that’s also easier to digest.  Most soy, unless it’s organic, is genetically modified in the United States, although some companies who produce meat alternatives are part of the non-GMO project and display that on their label.

You can buy tempeh in an unprocessed form in the refrigerator section of natural food stores. When you steam, sear or grill tempeh, it takes on a meaty flavor and texture that can be enhanced with the right sauce. Like tofu, it takes on the taste of the sauce you place on it. Tempeh has almost twice the protein of tofu and is also higher in fiber. With its nutty flavor, fresh tempeh is a good alternative to processed meat substitutes.

The Rise of “Wheat Meat”

Seitan often referred to as “wheat meat,” is a form of wheat gluten that’s processed to mimic the texture of meat. As you might expect, wheat and gluten are problematic for people with gluten sensitivity or an allergy to wheat. Seitan is quite versatile and is an ingredient in a number of non-meat “chicken nuggets” and “chicken” strips because of its chewy, meat-like texture.

It’s unlikely you’ll harm yourself by eating an occasional packaged veggie burger or other processed meat substitute, but do your health a favor and stick to whole food plant proteins rather than packaged meat-free alternatives. If you need something quick and convenient on occasion, look for veggie burgers made with organic, whole food ingredients like bean burgers with real beans without lots of additives – or try your hand at making bean burgers at home using black beans, eggs, breadcrumbs and seasonings Another alternative – make your own lentil burger using one of the many recipes available online. You can also make a super tasty meatless burger using millet or quinoa. Experiment a little using whole and unprocessed ingredients.

If you buy packaged meat substitutes, read the label carefully and choose one with a short ingredient list. One advantage of opting for a veggie burger rather than a beef or turkey burger is the extra fiber plant-based burgers have. On the downside, many veggie burgers contain more than 400 milligrams of sodium. Lentil and bean burgers are an excellent source of fiber, especially if you make it yourself. Be sure to dress your burger up with lots of colorful veggies! Add some healthy fats by including a slice of avocado.

It’s smart to include plant protein in your diet, but don’t assume meat substitutes are healthy just because they’re plant-based. Read the ingredient list, and if you see a long list of ingredients and ones that you don’t recognize, skip it. Lentils, beans, whole grains, and unprocessed tempeh are all respectable sources of muscle-building protein, although whole grains, beans and lentils lack some essential amino acids. You can make up for it by eating a variety of plant-based protein sources. Tempeh is a complete source of protein with all the essential amino acids and you can grill, bake or add it to stir-fries as a meat substitute.

You don’t have to give up meat to enjoy the benefits of plant-based protein. Enjoy!

Plant-Based Protein: 5 Meat-Free Ways to Add Protein to Your Diet

Understanding Protein Supplements: What’s in Them and Do You Need Them?